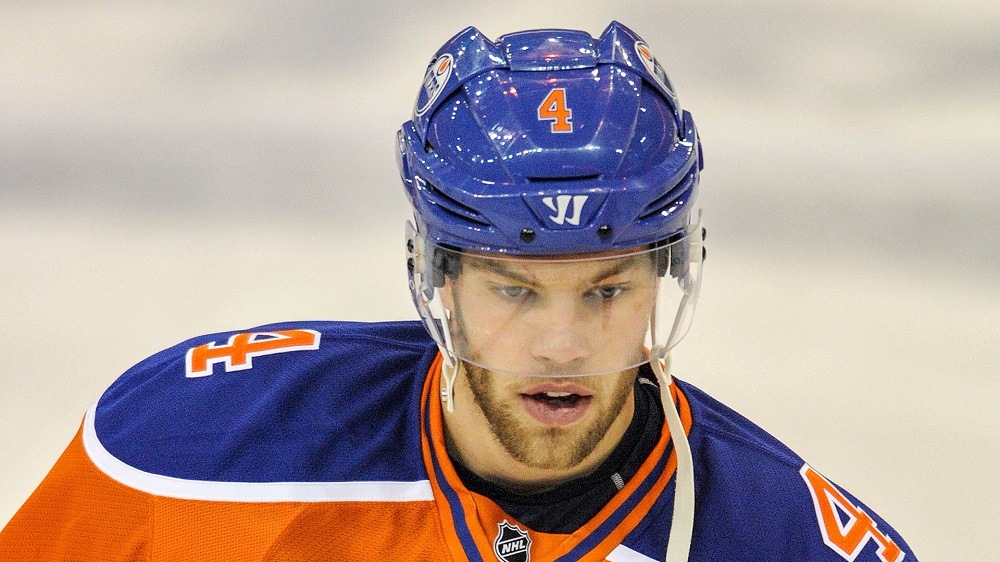 The Edmonton Oilers and the New Jersey Devils were wheeling and dealing on Wednesday. At the end of it, Taylor Hall became a Devil while Adam Larsson joined the Oilers.

The news of the trade followed Curtis Stock’s rumors that Milan Lucic and Jason Demers were going to be announced as signed on July 1st. If anything, I think the Hall trade, if you’ll pardon the pun, adds some stock to the rumors. After all, Hall and Lucic both play left wing, and so it jives to an extent that Lucic is in and that Hall is out – maybe to make room.

But, even if the left wing was clogged, Hall getting traded out of Edmonton did not sit well with him. He was their top overall draft pick in 2010, and he was the future of the franchise before the 2015 draft that saw Connor McDavid head to E-town.

“I feel slighted,” Hall stated regarding the trade. “I’m a proud person, and I do take this as an indictment on me as a hockey player. I don’t think there’s any other way to treat it. I think it’s safe to say I’m a very motivated player now.”

I think there’s a ton to read into this quote. Firstly, look at this statement: “I’m a very motivated player NOW” (emphasis added).

The use of the word “now” actually makes me think that he was lacking in motivation before the trade. If that’s a proper read, then it might explain some dipping career stats. After all, Hall did average better than a point per game in the 2012/13 season and the 2013/14 season. But the last two seasons he dipped well below that. Was he lacking in motivation in Edmonton? It could really be the case, but if he’s motivated “now” (unlike before) that’s not much of a problem for the Oilers to be concerned about as the Devils are in the Eastern Conference. Look for “a very motivated” Hall to get back to a point-per-game next season and, if he does, don’t assume he would have done that in Edmonton where he was NOT following a pattern of progressive improvement.

Reading into his quote some more, I find it a little absurd that Hall claims to “feel slighted” yet he arguably slights the player that he was traded for. Hall stating that the trade is “an indictment of (him) as a hockey player” could be taken to mean that he doesn’t think the Oilers got anyone as good in return. That’s a matter that could be picked apart, and I think that Peter Chiarelli, the GM of the Oilers, made a very good trade despite the prevailing opinion that the Oilers got swindled.

With Hall not even close to a point-per-game the last two seasons, arguably he’s not worth $6,000,000. But that point aside, the Oilers did shave off some payroll here, and that can create options for them (maybe already spent on Lucic?). One thing that is important to note with Larsson’s contract is that its heavier down the road than it is right now. This upcoming season, Larsson is a $3,000,000 player, so the Oilers curbed some salary even though the cap hit is based on the average above (i.e.,. the Oilers save $3,000,000 this year). I think that’s a point that’s being ignored by the contingent that are critical of Chiarelli here like Matt Larkin of The Hockey News:

“…in a vacuum, no matter how much Larsson might suit Edmonton’s team needs, we’re smearing lipstick on a pig if we call this a fair deal. The Oilers gave up too much for too little.”

Well, we don’t live in the vacuum of outer space but in a business world. I don’t actually see how Larkin’s assessment could be made while rumors are still circulating about Milan Lucic and Jason Demers joining the team. If they are signed then maybe their contract details will illustrate exactly why Chiarelli had to offload Hall’s $6,000,000 – which contains about $2,000,000 of dead weight in my view (i.e.,. I think Hall is worth $4,000,000).

When it comes to offensive stats instead of dollars, the comparisons aren’t worth making. Larsson is a defenseman, and his stats can’t be compared to a premier forward’s stats when it comes to goals and assists. However, one thing really jumps out at me with Larsson – his plus/minus relative to New Jersey’s overall plus/minus last season.

Larsson went +15 in 82 games, and that was tied for the best on the Devils. +15 might not seem all that impressive, but keep in mind that he did play for a bad team. The Devils were 7th in the Metro, and their goal differential was -24. While goal differential isn’t the same stat as plus/minus (power play goals don’t count for the latter), I still see Larsson as a player that, for his part, kept his team’s head above water as other player’s weighed it down.

In the end, I don’t think either team really got swindled here. I think Hall goes to New Jersey with a fire lit that has not been lit in Edmonton for a while and performs well in his new home. If Larsson comes to Edmonton and did what he did last year, then the Oilers will be much better on defense.

Lastly, if Lucic really is going to be signed, then who cares about losing Hall? He’s someone that was underperforming and who tacitly admitted a lack of motivation. Chiarelli played his cards here, and I think all the pundits out there that are questioning him are zeroed in on the wrong things. He’s a smart guy, and if he’s allowed just to run the show, then I think the Oilers will be set for an excellent regular season.