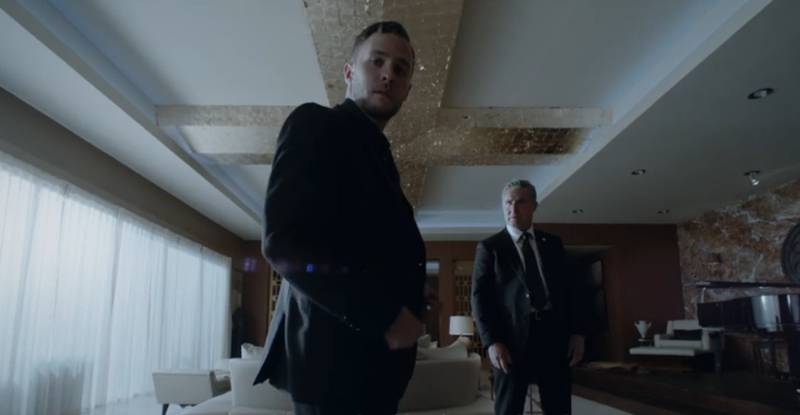 Marvel’s Agents of SHIELD just gets better and better with each episode. This series, however, is getting more and more foreboding as the season draws to a close since there’s yet to be an official announcement that ABC will renew this series for a fifth and perhaps final season. Don’t worry, it will be renewed.

Things just get complicated as ABC will be busy with the upcoming Inhumans series, Cloak and Dagger and New Warriors on Freeform. The situation hopefully turns around as the ratings have. Here’s a recap of what’s happened since the previous 18th episode No Regrets and now; so massive spoiler alert for fans who have yet not caught up. If you do read on, trust us, it’s still worth the watch.

Here’s a summary of what’s happened in No Regrets, courtesy of Wikipedia and the big fan responsible for the updates:

“Mace and Coulson infiltrate a Hydra “Enlightenment Camp” to free an undercover agent—Antoine Triplett, a S.H.I.E.L.D. agent who died in the real world. They are tracked there by May, who uses a super serum to fight Mace. Through the vents in their holding cells, Daisy learns from Radcliffe of a backdoor he installed to escape the Framework that Aida is unable to disable. Coulson attempts to save one of his former students who he sees being held in the camp, and Mace follows him into a building to help. Hydra uses a missile to bring the building down, and May enters the rubble to ensure Mace is dead. She finds him stopping debris from crushing the student, with Coulson and Triplett helping other children escape the building. May is horrified to find children being victimized by Hydra. With the others to safety, Mace is crushed beneath the debris, and in the real world Aida finds his physical body dead as well. Turning on Hydra, May sneaks a Terrigen crystal to Johnson so she can gain her Inhuman abilities within the Framework.”

That in itself was an amazing episode. There we get to see Coulson gradually getting back to his old character and taking charge. For Skyeward fans, there’s still good news as Ward remains very much a good guy and shows no signs of becoming a turncoat. Speaking of turncoats, respect between warriors finally turns Agent May against Hydra upon seeing Mace’s sacrifice. It’s truly a shame that Mace won’t be going back to the real world as director of SHIELD but he got what he asked for. To live and die as a hero. As for Fitz, Radcliffe made it clear that with the proper tweaking of circumstances, a guy destined to be a hero becomes a psychotic murderer. Instead of being raised by his sweet mother, in the framework, Fitz was raised by his stern father to become a strong individual and to harbor no regrets on the way to reaching a goal. Another subset of SHIELD fans also rejoiced with the return of fan favorite Tripp who was lost during Daisy’s first terrigenisis.

We now pick up with All the Madame’s Men where everything is coming together from everything that’s happened since the first. The show begins with a familiar face not seen since the second season. Sunil Bakshi is a news anchor in the Framework delivering the daily propaganda where he delivers news about a terrorist attack by The Patriot of an Enlightenment Cultivation Center. While he’s delivering is fake news, Daisy gets out of her cocoon, revitalized. She and May try to make their way out, and we see some great gunfighting and action from these two women. Leave it to the Whedons to highlight the women. They almost make it out when they’re met by Ophelia and two heavily armed guards. The girls drop their weapons, but Daisy uses her powers to throw Ophelia through the building’s glass wall several floors up. Ophelia falls unconscious on the Triskelion grounds. Ophelia, by the way, is based on the comic book character Ophelia Sarkissian aka Viper. 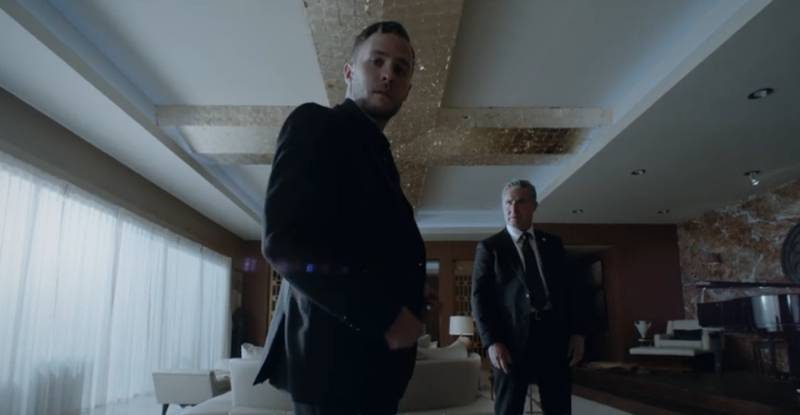 AIDA wakes up from the framework where unlike others that care killed in it are unable to. She tells Anton that May has rebelled and Anton tries to kill the real-world May but is unable to and so is AIDA as Radcliffe’s programming prevents them from killing the prisoners unless they become a direct threat to the Framework. Back at SHIELD, everyone is upset at the loss of Mace. They watch as Bakshi reports what happened at the Triskelion and that May and Daisy are probably on the run. Which they are. May tells Daisy about the loss of Mace which upsets her. They proceed to go to one of the Resistance contacts.

At the Triskelion, Ophelia’s body is obviously alive but bedridden with plenty of bruises and a broken spine. While Ophelia is down, Fitz becomes the new head of Hydra. He tells Bakshi to send a message to the people to watch out for May and Daisy. Ward makes a move to go out and help Daisy and asks for advice from Coulson, and in this instance, Coulson acts more and more like a director again. Coulson tells Ward that he turned down an opportunity to join SHIELD while Ward tells him he accepted his offer from Victoria Hand and not from John Garrett. Meanwhile, Jemma analyzes the plans Tripp stole about project Looking Glass.

This is where things are coming together for the whole season. AIDA’s plan in the framework is actually to build a new body for her using the same quantum energy manipulation technology Eli Morrow was working on to create matter. The device, however, looks more similar to the one AIDA used to counter Morrow’s device. The Darkhold remains a major influence even in the Framework and will continue to do so for the remaining three episodes. Hopefully, Ghost Rider does come back to assist and the whole season goes full circle.

From Tripp’s info, Jemma deduces that the machine is located in one of Anton’s oil platforms. They take a quinjet to investigate. Like Ultron who wanted to upgrade to an organic vibranium body, AIDA also wants to transition to a real human body. One that may even have powers.

May and Daisy gets to one of the Resistance’s outposts but encounters a Hydra patrol. To prove to Daisy that Mace is already dead, she has the footage on her bodycam. Back at the base, Burrows tells the others about the incident so Mack and Coulson head out to investigate. At the Triskelion, Ophelia wakes up and tells Fitz to continue working on Looking Glass so Fitz puts his father in charge of looking for May and Daisy. May and Daisy manage to make it to base. Mack, however, is wary of May due to the part she played in kidnapping Hope. Tripp and Jemma manages to get to Anton’s platform but do not find the device which Jemma deduces is being built in the real world and will be completed in a week.

Fitz is shown building the plans in a similar fashion as Tony Stark. His father arrives to report that he failed to capture May and Daisy. Fitz gets angry, but his father reprimands him. Alistair then goes to beat some information from Radcliffe. Back at SHIELD, they decide to use May’s bodycam footage to turn the people against HYDRA while Daisy and Ward have a talk about the other world. Ward shows some real character here, and you would really feel sorry for the guy.

While planning to use May’s footage for a full-scale uprising, Daisy proposes that they just exit through Radcliffe’s but is at a loss to explain to the others that their current lives don’t matter. But seeing as there’s very little chance to get to Radcliffe’s backdoor, they might as well take Hydra down first so they raid Bakshi’s studio in order to play the footage. Meanwhile, Fitz tells Ophelia that the designs are finished.

As a little treat for Philinda fans, Coulson will be playing anchor for the broadcast and May experiences Deja-vu while fixing Coulson’s tie. While the signal plays out, Ward volunteers to hold the fort as he and Daisy discuss his character. Daisy realizes that despite the real Ward’s issues, he may have some good within. It’s a pretty intense moment. And as we speculate whether or not Ward will come out as an LMD after this season, they basically said it twice that he’s not. Guess we’ll just have to wait.

The broadcast commences. Burrows arrives to tell them that they have company. Instead of Hydra, the populace seems to have risen up. While Coulson talks, he publicly broadcasts his allegiance to SHIELD. Back at the real world, Anton is frustrated that he could not enjoy his onion-vodka combo and asks AIDA if all his restrictions are deactivated once she gets a new body. He also reports that he’s about to shoot down the fugitive Zephyr 1.

We’re inching closer and closer to the end folks. Hopefully, AIDA does get a body with powers because this fan speculates that Anton is up to something. This episode serves a great mix of action, suspense and drama, especially between Ward and Daisy. Personally hoping Ward does get out of the framework and we get the original team again. Partial anyway, there’s still the problem with Fitz and maybe even Mack because he can’t lose Hope. So are we as we’re hoping for Season 5.