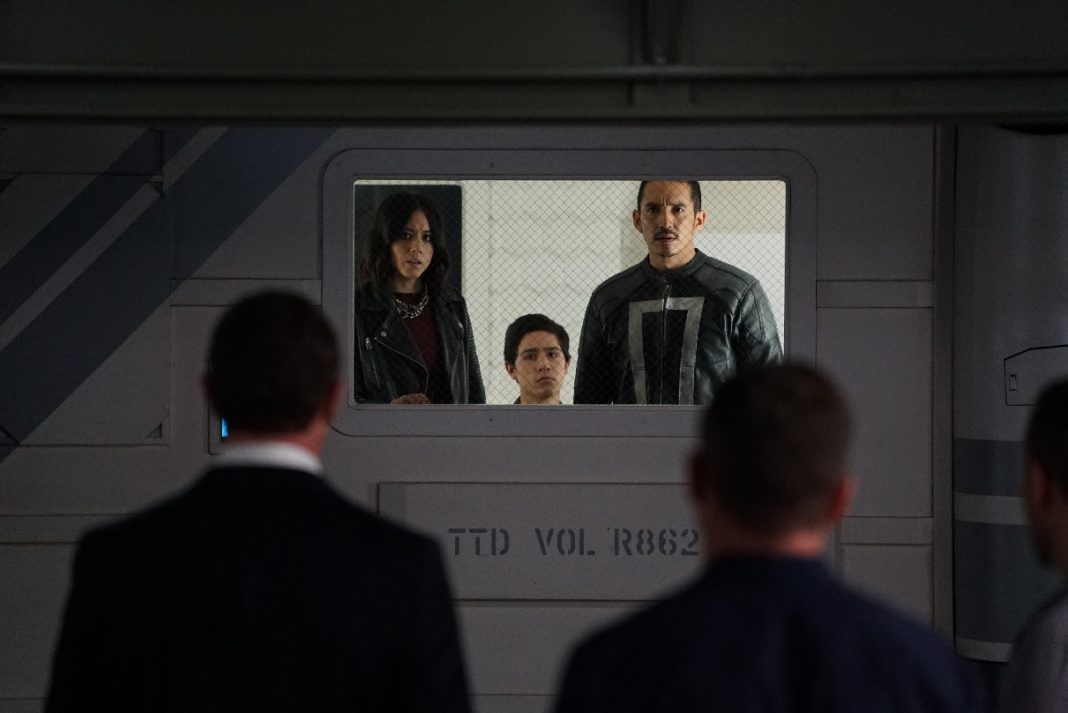 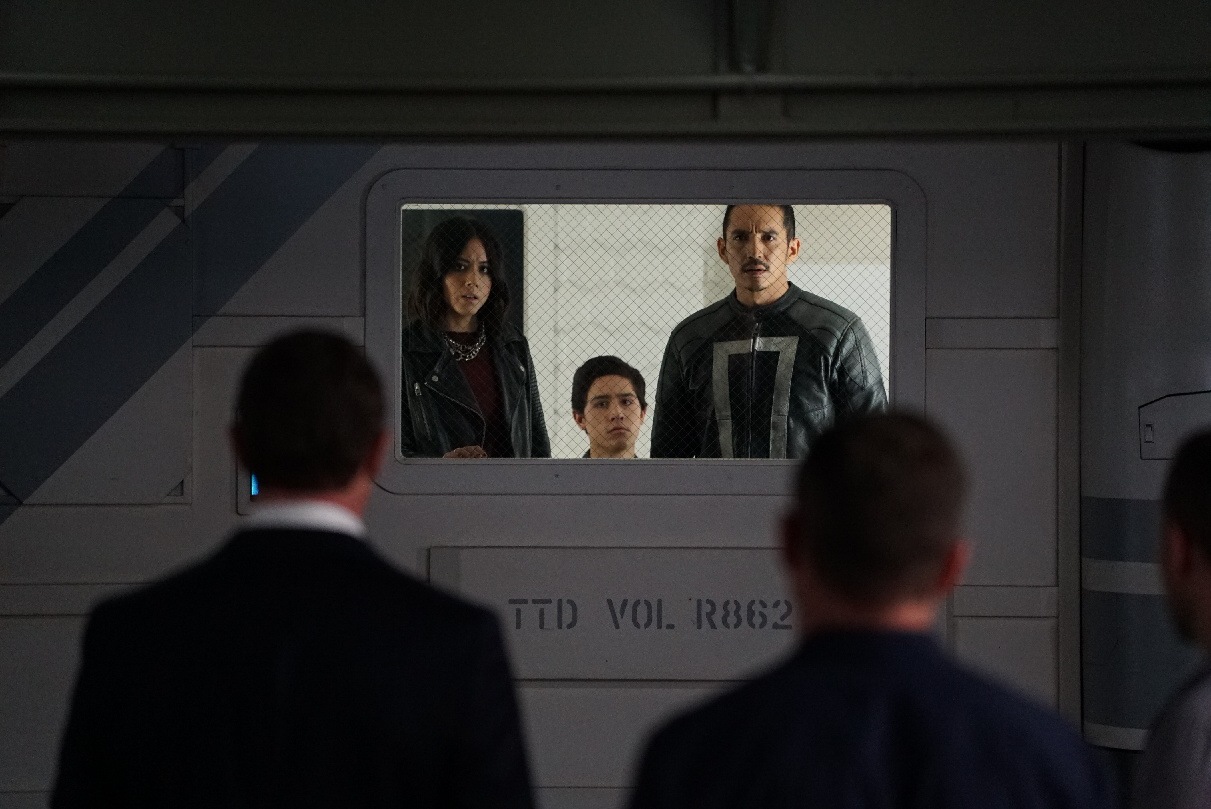 Agents of SHIELD and Supernatural are currently the two favorite shows of yours truly. THE MCU has finally entered the realm of the supernatural with the participation of Ghost Rider in Agents of SHIELD and the recent release of the Doctor Strange film. Robbie Reyes is awesome in AOS and the latest episode finally gives us the MCU Origin of the Robbie Reyes Ghost Rider. SPOILER ALERT on the next paragraphs.

The latest episode is quite awesome speaking as a Ghost Rider fan because it confirmed the existence of the Johnny Blaze Ghost Rider, we see Robbie fighting Jeffrey Mace and the revelation that Eli Morrow is evil after all instead of a sympathetic figure, kind of like StarScream in Machinima’s Combiner Wars.

In a previous write-up, I mentioned that Robbie Reyes could be the definitive Ghost Rider for the Marvel Cinematic Universe and the existence of motorcycle-riding spirits of vengeance would probably be ignored. Robbie said he made a deal with the devil to gain his powers which encroaches into John Blaze’s origin and that Eli Morrow is a sympathetic father figure and not the evil possessing spirit, unlike the Reyes’ comic book origin. He also talks vengeance which Eli Morrow’s Ghost Rider doesn’t preach, but one thing AOS and the comic book counterpart have in common is that they kill those they deem to be evil. Robbie must agree to kill evil people in order to sate Eli’s Satanic bloodlust and maintain control of his body. 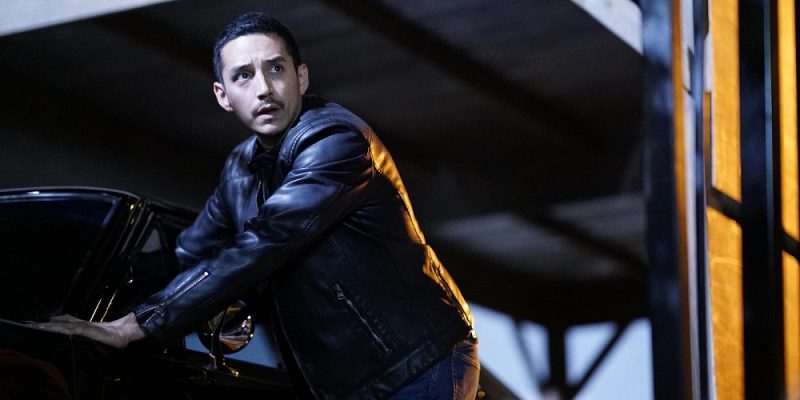 I’m so thankful I’m wrong that Reyes is the definitive MCU Ghost Rider because in a previous episode we were shown an Easter egg in the form of a poster of the Quentin Carnival. The carnival Johnny Blaze works in and manages in the comics. There were also motorcycle parts strewn in the basement where Lucy and Joseph Bower found the Darkhold. That scene either confirms the existence of Johnny Blaze or was just there as a nod to Ghost Rider fans. Finally, this latest SHIELD episode, The Good Samaritan, we finally saw that Robbie Reyes is possibly not the only Ghost Rider in the MCU.

Why possibly? Because Robbie said the power was passed onto him so either Blaze totally gave Robbie his spirit of vengeance or just imbued Robbie with part of his power. So if the power were passed on, Johnny would be free of the curse and Robbie would take over, and we would just have one Ghost Rider.

Anyway, after being shown Ghost Rider’s involvement in Coulson’s prison mission, Jeffrey Mace decided to board the Zephyr to apprehend Robbie and Quake. Robbie, Quake and Gabe (whom they picked up earlier to protect him from threats) hid inside a containment module which was lowered under the Zephyr. That was when Robbie confessed the truth to Gabe on how he got his powers, but they were unaware of Eli’s involvement.

Like in the comics, Eli is involved in Robbie’s origin. In AOS, Eli was actually the target of a gang of thugs hired by Joseph in order to get Eli off the project and keep the Darkhold for themselves. But instead of Eli getting killed, Robbie ‘borrowed’ Eli’s car for a street race and convinced Gabe to come along. They were followed by the thugs who meant to kill Eli and they were shot instead. The car tumbled on the road, and Robbie was thrown out begging to anyone who would listen to help them. Robbie dies on the road until a man on a motorcycle pulls the still-living Gabriel to safety without Gabe seeing his face. The man then approaches Robbie and asks if he was willing to avenge what happened to him and his brother. Robbie says yes, wakes up and sees a man with a flaming skull which anyone at that time would call ‘The Devil.’ 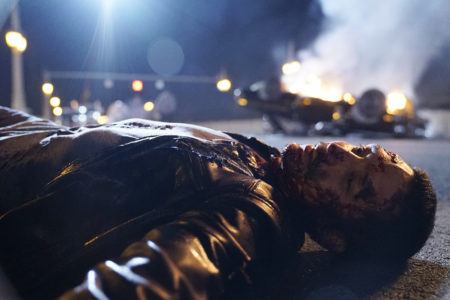 So unlike speculations in earlier episodes, Mephisto is not involved in Robbie Reyes’ origin. ‘The Devil’ was the Johnny Blaze Ghost Rider. The deal was Johnny’s proposal for Robbie to live again and punish those that wronged him. The confirmation that Johnny Blaze exists in the MCU is very cool and opens up many possibilities and maybe a Netflix or ABC spinoff. If ABC is going to spin something off from Agents of SHIELD, it might as well be Ghost Rider as not many people really wanted Marvel’s Most Wanted. They might as well bring Hunter and Bobbie back for more star power after Ghost Rider’s run. Many fans would rather have Ghost Rider on Netflix due to his dark nature, but as ABC has proven lately, they can certainly go dark if they wanted to. But if they do create a Ghost Rider series, it would not have a flexible schedule and might suffer in the ratings game.

So after Robbie’s story, Gabe becomes upset that his brother turned into a killer and would have none of it, opposite his previous excitement when Daisy lied about Robbie being a secret agent for SHIELD. Jeffrey finds them and declares their arrest. Robbie will not be stopped in his mission to find his uncle and turns into Ghost Rider, unbelievably breaking through the containment unit and clashing with the inhuman Jeffrey. Ghost Rider wins and repeatedly beats Jeffrey until he’s stopped by Gabe.

Later, Coulson convinces Jeffrey to go along with their mission to recover the Darkhold and rescue Eli from Lucy as there is too much at stake. They reach an old Roxxon factory which was formerly Isodyne Labs from Season 2 of Agent Carter, where Lucy can get enough power to return herself to normal and finish her project. Ghost Rider encounters Lucy and kills her but not before Lucy reveals Eli’s true nature and was the one responsible for her condition.

About Eli Morrow, he was actually responsible for turning Lucy and the others into ghosts using the underpowered containment device as he wanted the Darkhold for himself. At some point he saw the promise of gaining godlike-powers using the book. The extent of his evil has yet to be seen as the episode ends in a cliffhanger where Eli gains the power to create something out of thin air while Robbie, Mack, Fitz and Coulson go missing after getting caught in the quantum device’s shockwave.

The show was great in pulling some twists in the Ghost Rider’s story tying and everything that’s been happening since episode 1. It would be interesting on how Robbie would react to Eli in the next episode. Hoping to see more spirits of vengeance afterwards. One thing I wish the effects guys would do is make the Darkhold look older as it doesn’t look like any millennium-aged book. The pages of the books in Kamar-Taj look older. If things go as they are, a Ghost Rider spinoff is inevitable.