Home All News TV News Agent Coulson is Alive: An ‘Avengers’ Name-drop Would Be Nice 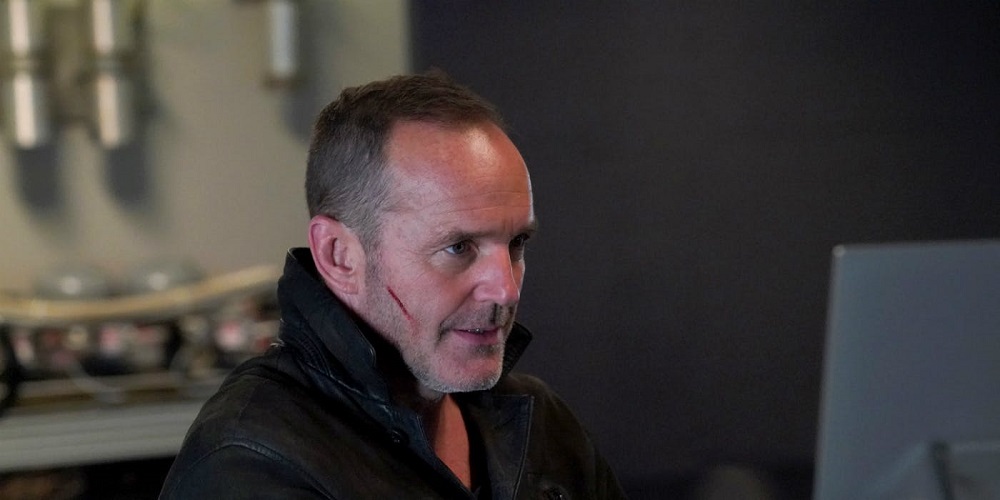 It looks like Marvel TV may have written itself into a corner. Since Agent Coulson’s death in the first Avengers movie, the Avengers remained unaware of Phil Coulson’s continued existence and that he’s been saving the world from threats the Avengers are more equipped to handle. The only ones who know he’s still alive are SHIELD’s top brass which includes Nick Fury and Maria Hill. Some of the U.S. military knows about him too. So how come the films still pretend to be unaware of him? The writing team may have slipped a bit by making the world aware that he’s alive, by branding Coulson and his team as most wanted for the death of SHIELD director Jeffrey Mace and the assassination of General Talbot.

By now, the Avengers should be aware of some super-powered criminals they should be going after thanks to SHIELD being on the most wanted list. If they can go after the likes of Crossbones in Nigeria, going after super-powered Inhumans like Quake and Yo-Yo should be a worthy side quest. I may sound like one of many disgruntled fans who gripe that the films and TV aren’t as connected as they should be. Except for the mystical link to Doctor Strange, and the Sokovia Accords in Civil War, Agents of SHIELD no longer seems to acknowledge any other MCU film. The only name drop or reference to Coulson that exists in the films was in Avengers: Age of Ultron when Nick Fury said that the relaunch of the old Helicarrier was thanks to an ‘old friend’.

Given the gravity of the situation, shouldn’t the government be mobilizing Stark’s team of Avengers which consist of Iron Man, War Machine, and Vision to help in neutralizing Yo-yo and Quake? Wouldn’t Stark be excited to contact Phil? How convenient it is that Stark has locked himself away to work on weapons to fight an impending invasion in the canon Avengers: Infinity War Prelude comic; and that War Machine and Vision who aren’t close to Phil in the first place wouldn’t care much for Coulson’s re-emergence. Also, how weird it is that a comic book would be more canon than the TV show set in the same universe. Instead, the government is about to form a new team to track down Coulson’s SHIELD Team. That team, being formed by General Hale may turn out to be the Thunderbolts, and it begins with Carl Crusher Creel, the Absorbing Man. Major spoiler alert in the next paragraphs.

Speaking of General Hale, the latest episode of Agents of SHIELD (Episode 11, All the Comforts of Home) was quite fun and refreshing. It’s a change of pace from the dreary, stifling future setting. The episode starts with General Hale speaking to her daughter Ruby, played by Dove Cameron (Descendants, Barely Lethal). Later, picking up after the previous episode, everyone in the team makes it back to the lighthouse in the present day and get themselves set up. Yo-yo tries to expose Coulson’s condition to Jemma, but Phil just brushes it off. The lighthouse turns out to be a SHIELD facility built to house survivors in case of an extinction level event. While exploring, May and Fitz discover three Kree monoliths. Two of which they’ve encountered before while the function of the third remains a mystery. They then encounter another Chronicom named Noah who keeps watch at the Lighthouse.

The team discovers an event being monitored by Noah that resembles the light from the sky described by Voss in the future, so they decide to investigate minus Daisy. Deke somehow survives the explosion in the last episode and appears in the town near the lighthouse. Perhaps due to the monolith piece on the machine. It’s always fun to see a fish-out-of-water situation as Deke experiences the outside world for the first time, entering a real bar, eating real food, drinking beer, shooting darts and hugging trees. He tries to pay for everything using arm credits but since he’s out of cash, tries to run away, gets knocked out and gets incarcerated. Daisy discovers this and tries to bail him out before he tells anyone that the team is back. The team meanwhile makes their way to Missouri in an old ‘borrowed’ van and recalls their past adventures, reminding the audience of everything as well as promoting their upcoming 100th landmark episode. It’s the second time they technically broke the fourth wall, the first when May said that the team has a small but active fan base. I actually felt the team’s feeling of breathing fresh air for the first time in months when they came out of the bunker. As mentioned before, the story was good, but the overall atmosphere of the first pod felt confined and stifling. Duh.

They discover that the device was the same thing that Hive used to try and contact the Kree. When they get there, they encounter Agent Piper from last season. Unfortunately, she turned on them when she cut a deal with the government under the promise that the team be captured alive. The government team led by a masked Ruby arrive not to take them in but to kill them. The encounter leads to a fight that unfortunately results in Yo-Yo’s arms getting cut off. The team escapes with the Kree beacon. Daisy meanwhile pretends to be a social worker to bail the mentally unstable Deke, but a cop recognizes her. Daisy and Deke somehow manages to escape though. The team meets back at the lighthouse to tend to Yo-yo and investigate the beacon. However, the beacon was actually rigged to explode, but Noah sacrificed himself to save Daisy and Fitz. The episode ends with General Hale recruiting Creel to form a team to apprehend SHIELD.

As mentioned, since the attempted assassination of General Talbot, Coulson Daisy and the rest of SHIELD have been put on the everyone’s most wanted list, complete with pictures. It’s highly unlikely that any of the Avengers, especially Stark and Romanov would be unaware of Coulson’s re-emergence. Intentional or not, the show’s writers just put the MCU films in a tight corner regarding something fans have long been hoping for—acknowledgement. We need for the films to at least acknowledge Clark Gregg’s character, Phil Coulson whose supposed death spurred the Avengers into action. It was highly unfortunate that Clark wasn’t able to join the MCU Alumni photo-op which led many to speculate that film was never going to acknowledge TV.

Come on guys. The least that many of us Agents of SHIELD fans would want from the MCU is just a couple of lines:

Steve: Hey Tony, have you heard? Phil is alive!

Tony: Really? How? When we get through this, I’ll be sure to get in touch.