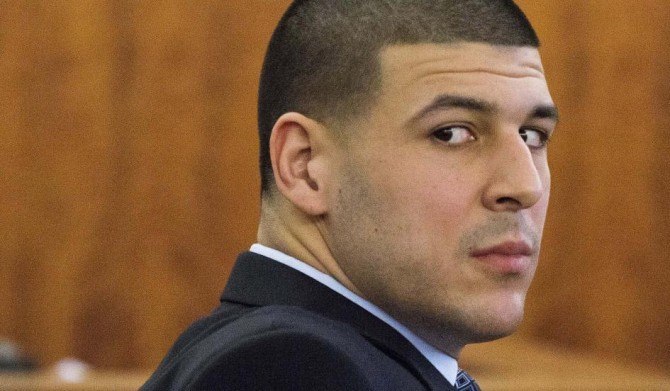 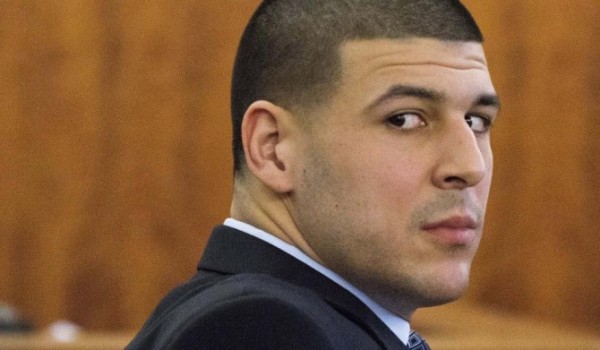 Aaron Hernandez is proving to be just as difficult whether he’s behind bars or not. The former New England Patriots tight end has been involved in multiple fights, possible gang-related activity and now it appears that he was working his way up the ladder of prison disobedience. The troubled former football star has reportedly been moved to a segregation unit after a prison-made knife, often referred to as a shiv or a shank, was found in his cell Thursday.

Hernandez is serving a life sentence at a maximum-security prison in Massachusetts after being convicted of the 2013 murder of Odin Lloyd, a semi-pro football player who was said to have been dating the sister of Hernandez’s girlfriend. The ex-Patriot is also awaiting trial for a double murder that occurred in 2012. This trial is scheduled to begin in early January.

According to Boston TV station WHDH, prison officers found the knife while doing a shakedown of Hernandez’s cell block. He was reportedly moved out of general population and into the segregation unit, which houses inmates thought to be a danger to others or in danger themselves.

Hernandez was involved in a violent incident at that facility in May, when he was alleged to served as a lookout during a fight between inmates with gang ties. According to CNN, he was also in a 2013 brawl at the jailhouse where he awaited trial in the Lloyd case. All three of the inmates were disciplined, and Hernandez was put into a special managed section of the prison.

And in 2014, Hernandez was indicted in an alleged jail assault in which he and an inmate being transported from an infirmary at the Bristol County House of Correction in Dartmouth, Massachusetts, allegedly exchanged words. Hernandez allegedly punched the inmate and knocked him to the ground. Neither was injured.

The 26-year-old Hernandez played three seasons with the Patriots, who drafted him in 2010, the same year the team took Rob Gronkowski. New England released Hernandez, who had been an all-American at Florida, within two hours of his arrest on the Lloyd murder charges.