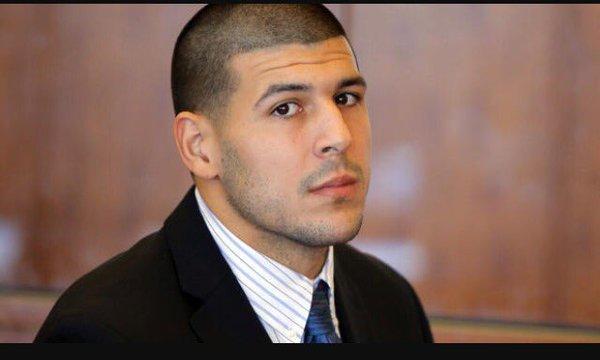 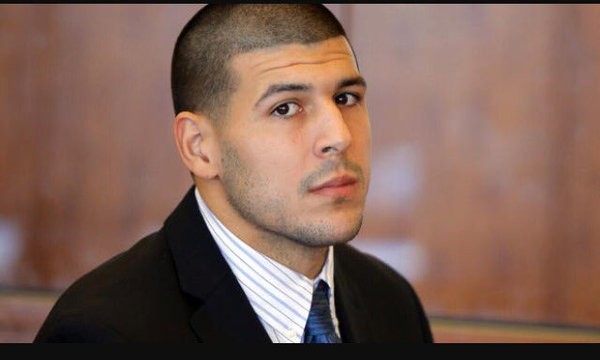 It’s no surprise that former New England Patriots tight end, Aaron Hernandez‘, legal team are trying to delay his upcoming January trial. They’ve papered the courtroom with everything from possible jury issues, and there’s not an official reason why on this. As many of us know, the legal system moves at a snail’s pace in many states, and this is exactly why. The former football star’s lawyers have not specified which date they would prefer, but you can be guaranteed it’s far into the future.

The biggest problem for them is their client who continues getting himself into more and more trouble for them to bail him out of.

According to CBS, attorneys for the former New England Patriots tight end recently petitioned the court to put the brakes on proceedings stemming from the 2012 killings of two men outside a downtown Boston nightclub.

Prosecutors allege the 26-year-old Hernandez gunned down both Daniel de Abreu and Safiro Furtado at a stoplight after one of the men accidentally spilled a drink on Hernandez earlier in the evening and failed to apologize.

Hernandez has pleaded not guilty, and jury selection in the case is currently slated to commence on Jan. 19.

Meanwhile, Hernandez was recently placed in a “segregated unit” at the Souza-Baranowski maximum security prison, after a search of his cell turned up a homemade knife.

As we reported last week, Hernandez was immediately transferred to an even more restricted area of the facility. He is currently serving a life sentence without the possibility of parole, after being convicted earlier this year in the 2013 execution-style killing of former associate Odin Lloyd.

Jail officials have not publicly indicated how long Hernandez might be held in isolation, but this hardly marks the first trouble for him since being incarcerated. Just days after he was found guilty in the Lloyd slaying, he was suspected of serving as the lookout man for one inmate who went into another’s cell where a gang-related brawl ensued.

All three inmates were later disciplined, with Hernandez being placed in a special management section of the prison. In 2014, he was indicted on assault charges after allegedly attacking another inmate being transported from an infirmary at the Bristol County House of Correction in Dartmouth, Massachusetts. Several media outlets reported Hernandez punched the man and knocked him to the ground, though neither suffered any serious injury.