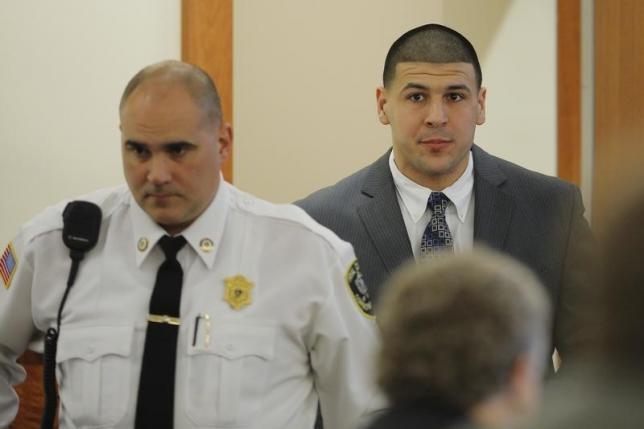 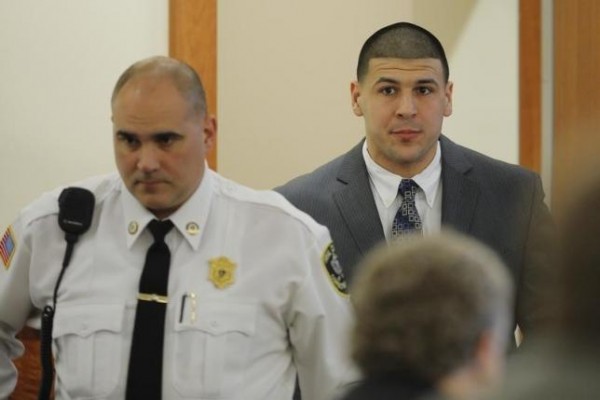 Aaron Hernandez might have been crying poor, but he’s able to keep his lawyers on retainer and working as they’re now pushing forward on his next trial to have the charges dismissed due to a failed polygraph test. The former New England Patriots tight end seems determined not to be forgotten as prosecutors claimed that an anonymous tipster who raised questions about one of the jurors in his first trail had a sexually explicit relationship with Hernandez.

Lawyers for Aaron Hernandez want a Massachusetts judge to toss out evidence from a search of a car that prosecutors say the former Patriots tight end was driving when he shot two men in Boston in 2012.

Defense attorneys have asked the court to toss out evidence from the search of a Toyota 4Runner that was found in the garage of a Bristol, Conn. home owned by Hernandez’s relatives. Surveillance footage from the night of the July 2012 killings shows Hernandez driving a car that resembles the one found in the garage of the Lake Avenue house, which is owned by his uncle.

Daniel de Abreu and Safiro Furtado were killed in the 3 a.m. drive-by shooting when a vehicle drove up next to them and someone opened fire at their car. Earlier in the night, prosecutors say, one of the men had bumped into Hernandez and caused him to spill his drink.

The shooting occurred six weeks before Hernandez signed a five-year, $40 million contract with the New England Patriots. It was a cold case investigation that may never have resulted in an arrest had Hernandez not been accused in the June 2013 killing of his friend, Odin Lloyd. The 25-year-old was convicted in April of first-degree murder in Lloyd’s death. He is scheduled to stand trial for the Boston killings later this year.

Authorities identified Hernandez as a suspect after one of the other men accused in Lloyd’s killing directed them to the Lake Avenue house where the Toyota 4Runner was found in June 2013. Hernandez’s lawyers now argue that because Carlos Ortiz – the Bristol native who directed police to 114 Lake Ave. – failed a polygraph examination, police relied on false statements when they executed the search of the home. The search led to the subsequent search and seizure of the car, which is a key piece of evidence in the Boston case.

“The deliberate omission of Ortiz’s failed polygraph examination from the June 26th warrant affidavit misled the court to rely on information provided by Ortiz as credible,” Sultan wrote. “Absent reliance on this inherently untrustworthy source, the affidavit supporting the June 26 warrant application clearly failed to establish probable cause to search 114 Lake Avenue in Bristol.