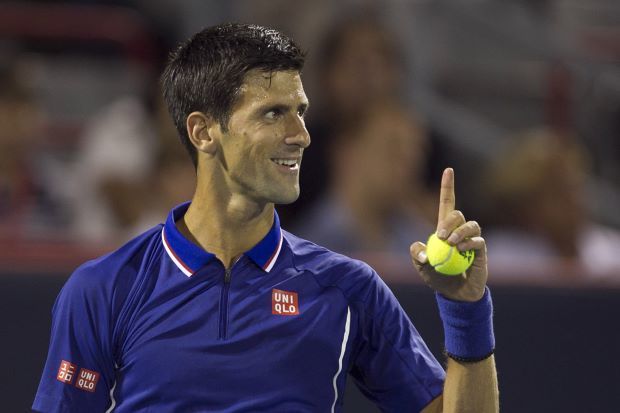 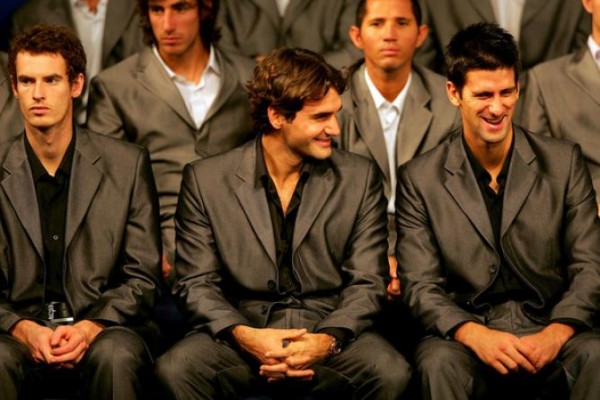 Main draw action at the 2015 Rogers Cup, a tournament being played in Montreal, began on Monday. Although none of the very top seeds saw court time a couple talented French players advanced as Gilles Simon and Gael Monfils booked their spots in the round of 32. However both of those players are considered very peripheral favorites to win the title outright, priced at 80 to 1 and 66 to 1 respectively (all odds from Sportingbet). The top picks to win this year’s Canadian Masters, Novak Djokovic, Andy Murray, and Kei Nishikori, will see action later this week.

Djokovic, priced shorter than even odds at -125 (4/5), enters Montreal with a spectacular 48-3 record on the year. He’s looking at a pretty routine opening match as he has drawn Brazilian Thomaz Bellucci. Bellucci, who is not know for hard court success, is a little bit of a clay courter. But caught on the wrong surface against the current World No. 1, the Brazilian appears as though he will not be much of a challenge for the Serbinator.

Andy Murray, the second favorite to win the Canadian Masters, has won the event twice before. He first won in 2009 and he defended his title the following year in 2010, defeating Juan Martin del Potro and Roger Federer respectively in the title matches.

The Scot is considered a 3.5 to 1 mild underdog but the luck of the draw did not go his way. Murray will face tough veteran Tommy Robredo in the second round with a match-up against either Monfils or Gilles Muller looming thereafter. With Marin Cilic, Bernard Tomic, and Jo-Wilfried Tsonga near Murray in the draw, the World No. 3 truly has a difficult path to negotiate if he is to make Montreal’s late rounds.

The third favorite at the 2015 Rogers Cup is not a consensus pick however Kei Nishikori has garnered the confidence of many sports bettors. Japan’s top player is currently ranked fourth in the world and he is coming off of a title run from ATP Washington last week, a tournament in the 500 series.

However, when it comes to betting, Nishikori may very well be a case of “bettor’s beware.” Many times a player who wins a title in one week is not well-rested enough to compete the very next week, not following so many recently played matches. The 25-year old, in winning the Washington title, did have to play three sets against both Marin Cilic and John Isner in the semifinals and final. If Nishikori is at all tired, he could well be over-rated as the third favorite in Montreal this week even with a fairly routine early round draw.

Other serious title threats include both Rafael Nadal and Stan Wawrinka. Nadal, who remains a fuzzy player at this point in his career, shares a draw to the semifinals with Nishikori. Wawrinka, who has hard court titles this season from Rotterdam and Chennai, shares a quarter with Canada’s top player, Milos Raonic.

Prior to the release of the draw, I did like Andy Murray‘s odds however I think the draw for ATP Montreal favors Djokovic. He shares a quarter with Tomas Berdych, a player the Serbinator has dominated over the years. With Murray looking at some tough matches, with Nadal’s form highly questionable, with Roger Federer missing the tournament, with Nishikori perhaps fatigued, and with Wawrinka having never won a hard court Masters Series event, betting against Djokovic in Montreal does seem a bit foolish now.

The championship match in Montreal will be played on Sunday. At this point, it looks like it will be Djokovic versus a yet-to-be-determined opponent, one of which could easily be one of five different players. 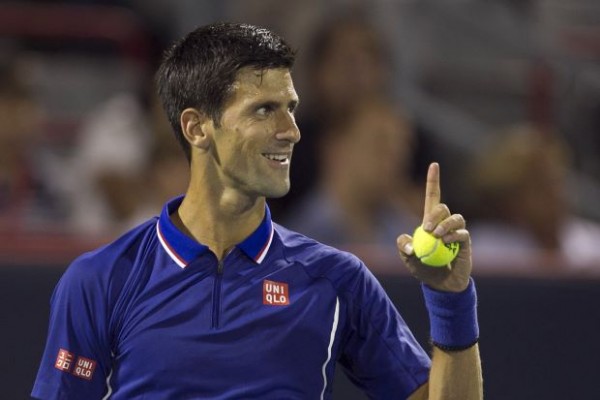 Not surprising, Djokovic is also the favorite for the 2015 US Open over Roger Federer and Andy Murray.

Novak Djokovic has been far and away the most dominant force in men’s tennis this year, and he’s expected to continue his stellar play in the next Grand Slam tournament. On the heels of winning his second consecutive Wimbledon championship, Djokovic is the overwhelming favorite to claim the 2015 U.S. Open title.

Ranking No.1 in the world for over a year, Djokovic has been given even betting odds to win the final Grand Slam tournament of 2015. He seized the top spot in the ATP rankings from Rafael Nadal when he emerged victorious at Wimbledon last year, and he hasn’t looked back, continuing to stand out as the best member of tennis’ “Big Four.”

Djokovic has won two of the three Grand Slam tournaments this year, giving him nine titles in his career. Winning at both the Australian Open and Wimbledon, Djokovic only came up short at the French Open, where he still managed to reach the finals. The French Open is the only Grand Slam championship that has eluded Djokovic in his career.

Even outside of the Grand Slam tournaments, Djokovic has been nearly unbeatable. With wins in Rome, Monte Carlo and Miami, Djokovic has won five of his last six tournaments. All of his losses have come against tough competition, suffering just one defeat against a player that isn’t currently ranked in the top five.

For nearly three months, Djokovic has stayed away from singles play outside of the Grand Slam tournaments. He’s back in action at the Coupe Rogers in Montreal, taking the court for the first time since he defeated Roger Federer at Wimbledon on July 12.

Despite his dominance, it may not be smooth sailing for Djokovic to win at Flushing Meadows. It’s been four years since Djokovic won the U.S. Open title, and he watched as Marin Cilic claimed the championship last year. The world’s top player was ousted in the semifinals last year by Kei Nishikori, and he reached the U.S. Open finals each year from 2010-2013, winning the title just once.

Andy Murray is considered to be Djokovic’s biggest competition with +400 betting odds. The No.3 player in the world didn’t make it past the U.S. Open quarterfinals in either of the last two years, but he topped Djokovic to win the title in 2012. But Djokovic has had Murray’s number on hard court, going 16-6 against the Brit on the surface, including a win in the 2015 Australian Open final.

Federer dominated the U.S. Open from 2004-2008, winning the championship each year. He hasn’t had as much luck of late, failing to reach the finals in each of the last five years. Federer’s last two trips to a Grand Slam final were spoiled by Djokovic, who beat him to win Wimbledon both last year and this year. But Federer did get a hard-court victory over Djokovic in 2015, beating him in straight sets to win the championship in Dubai.

Rafael Nadal has struggled in 2015, falling all the way to No.9 in the rankings. He has +1000 odds to win the U.S. Open, where he defeated Djokovic for the championship in both 2010 and 2013. Nadal hasn’t advanced beyond the quarterfinal of a Grand Slam tournament since last year’s French Open, but he’s reached the final in each of his last three U.S. Open appearances, having not played at Flushing Meadows since 2013. Nadal has a 23-21 edge over Djokovic in their 44 career head-to-head matches, though Djokovic has won six of the last seven.

Stan Wawrinka, who beat Djokovic in the French Open final, has +1100 U.S. Open odds. Below are the complete betting odds for the top players in the field, courtesy of Bovada.lv.