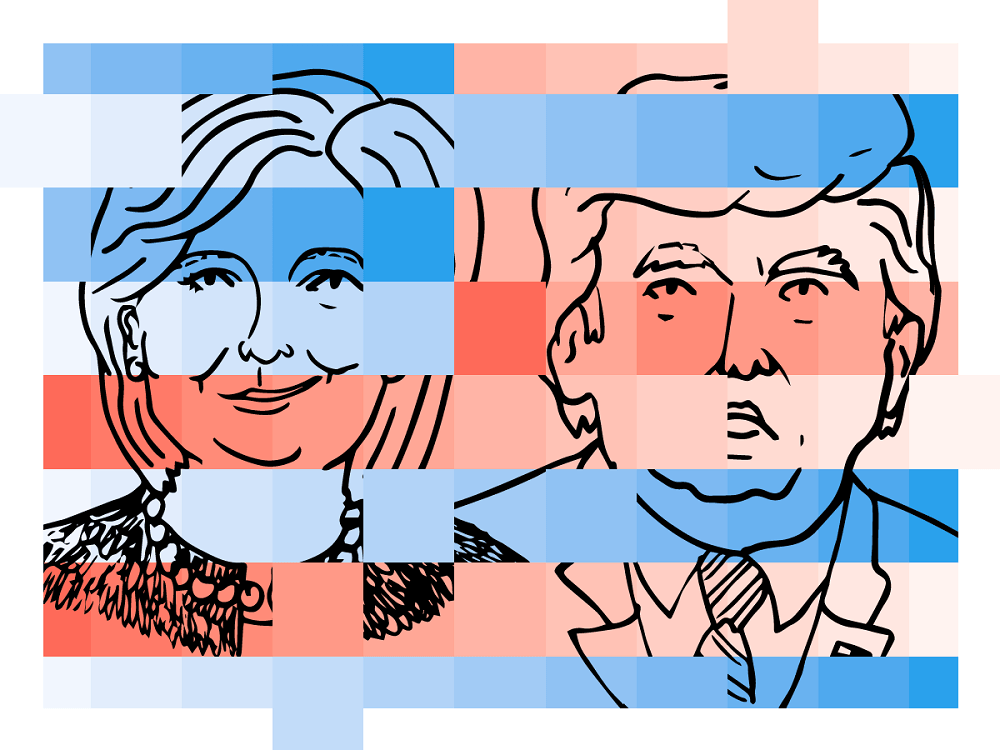 Particularly since Former President George W. Bush was in office, that displeasing cliche of the United States of America being a nation divided has only continued to latch itself harder and harder into my everyday life. I, being a man in his early 20s, didn’t fully grasp what that meant back when I was younger. But now, after the most embarrassing presidential campaign that I have ever heard of in my life, I feel like where we are as a nation — and just as individual Americans — is something that has to stop. Presidential campaigns used to a stretch of time where each candidate had the opportunity to share how they wanted to help the country move forward. Now, as I’m sure most readers already know, it’s become a disorganized, childish blitzkrieg where the only way to win is to dig up dirt on your opponent. That’s not good. I mean that is really not good, especially for someone like me who’s weight in society is analogous to a single screw in a gigantic machine.

Even looking back at the state of politics during the previous two U.S. elections make me weep for better times. In 2008, we had President Barack Obama and Senator John McCain running for president. Whether or not if you were happy with the result of that election, at least they spent their campaigns — particularly their debate time — discussing actual politics. They would debate relevant issues of the day, not simply arguing about what the other candidate had done in the past. And while 2012’s presidential campaign with incumbent President Obama and Former Governor of Massachusetts Mitt Romney didn’t necessarily flow as nicely as previous ones had done, most of the time leading up to that election still felt presidential. That allowed a teenage person like myself to grasp what being president stood for. Now, with someone as brutally sexist, racist and xenophobic as Donald Trump actually representing an American political party—regardless of which one—the upcoming election has become a laughing stock.

I honestly don’t know what to make of it. Say what you will about Hilary Clinton, but at least she’s not spending the bulk of her public time saying how the election is rigged, the media is out to get her, or simply blurting out a bunch of nonsense that only further shames the once respected stature of being a presidential candidate. As a Millennial, I have never felt so motivated to go out and vote. What’s sad about the current state of Millennial voting is that media and even some political leaders have tried to make us believe that our opinion doesn’t matter. When I was in college in North Carolina, I routinely overheard students saying how they were convinced that their votes didn’t matter in the big scheme of things. And I swear that memory is not meant to be a preachy sermon to make you think optimistically about politics; it’s a regretfully true statement of my college years. While many Millennial voters still seem to believe that their opinion is useless, the Trump-Clinton election is one where truly every single vote matters. Something has to be done, people.

What this upcoming election has come to mean for most Americans is to simply vote for one candidate just to make sure the other doesn’t make it to the Oval Office. Sadly, I think both Democrats and Republicans are guilty this strategy. Even I, despite my sincere backing of Clinton, would vote for her just to keep Trump out. And I know for a fact that Republicans do the same; if you spend time looking at social media and even the national television news in the few hours before a presidential debate, you will see how average Americans are beginning to think with the mindset of what do I not want rather than what I do want. Even for someone like me who hasn’t experienced a ton of politics in his life, that still doesn’t seem like what politics should be. Prior to Trump becoming a presidential candidate, the world already looked like it had a broken leg, arm, foot, and maybe even a collarbone. But now, I really don’t know. While I do love being in this country for a variety of reasons, I truly believe that if Trump wins and becomes the Leader of the Free World, I’m leaving. I mean, I am leaving and probably won’t come back until he’s out of office. And that shouldn’t be what a Millennial — or any other American for that matter — should be thinking. So, what’s changed? In short: the Media.

What used to be both an entertaining and informative respite for me was The Daily Show with Jon Stewart. Don’t you all miss him so, so much? The new face of the show, Trevor Noah, is fine and all, but he’s just not the same as Stewart. Not only was he incredibly funny, but he also had such a unique grasp on politics that really did speak to me. That was one of the few parts of American media that Millennials could learn about politics. But Stewart’s sadly gone now, at least for the time being. Besides the new face of the show, as well as a few less-successful copycats of Stewart, Millennials are currently without a viable way to get invested in politics. Now, that fact is probably our own fault more than anyone else’s. However, it still shows how we are getting completely overlooked whenever politics take’s center stage in the nation. Therefore, most young people never take much time to learn about what’s happening. Thankfully, Clinton’s recent statements have shown her genuinely wanting to help young people live healthy and prosperous lives. While she may be somewhat flawed, her ideas are a hell of a lot better than Trump’s.

Let me say this: If you hate Obama, fine. I don’t care. But that doesn’t mean that your hatred should make you want to get someone with the polar opposite mindset President Obama into office just to spite those who still believe in him. Just because Clinton has some similar ideas as our current president doesn’t mean the country is going down the toilet. And before anyone who disagrees with that statement writes me off with a click of your mouse, consider it for a moment. Who do you really want to represent our country? You can have someone like Clinton, who actually has well thought out ideas for the nation — or there’s a person like Trump, who can barely muster a single coherent idea about what he plans to do to help those outside of his own demographic.

We just need to get this election over with, plain and simple. What angers me most is that every election that I can remember has made average Americans hate anyone who doesn’t share the same opinion. Every few days now I run into people who say something like, “Oh, I can’t stand that person anymore because they support” him or her. As previously mentioned, that sadly happens with people on each side. If you are a Democrat, best of luck making friends with Republicans — and vice versa. I don’t want to live in a country where that’s how people think. I want to be friends with people who lean towards the other side. Just because we have different ideas about the nation doesn’t mean we should hate one another. I know that’s a little cheesy to say, but I really believe that. 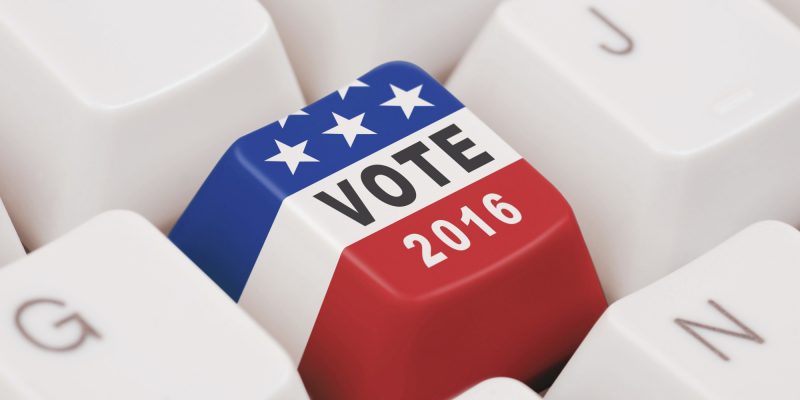 With the current state of things, I can say I am a scared Millennial because I really don’t know what the United States will be like in a decade or so. We watch all those post-apocalyptic movies where society has crumbled due to natural disasters or economic collapse — and we’re fascinated by them. But what’s also scary is that’s where we could be in the near future if a country like as powerful as the United States elected a monster like Trump into office. So, if you’re a Millennial reading this, please, for the love of all that is holy, go vote. And vote for what you stand for — not for what others persuade you to be.