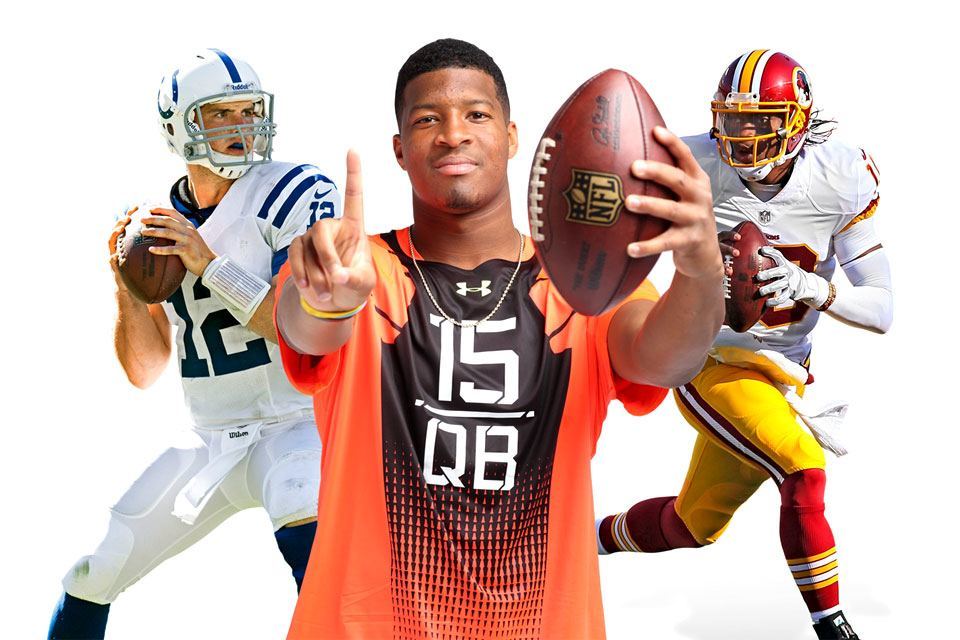 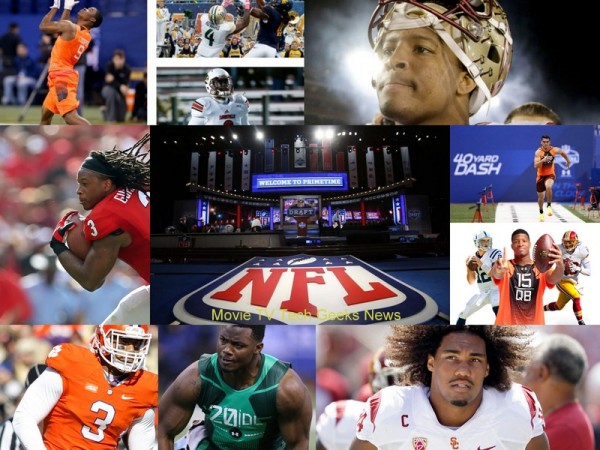 In less than a week, all eyes (at least those of rabid NFL fans) will fall upon the Auditorium Theater in Chicago for the annual selection of the best college football players available. The 2015 NFL Draft will take place outside of New York City for the first time since 1965 and while there are still several questions left to be answered, there are a handful of sure things. Here’s a look. 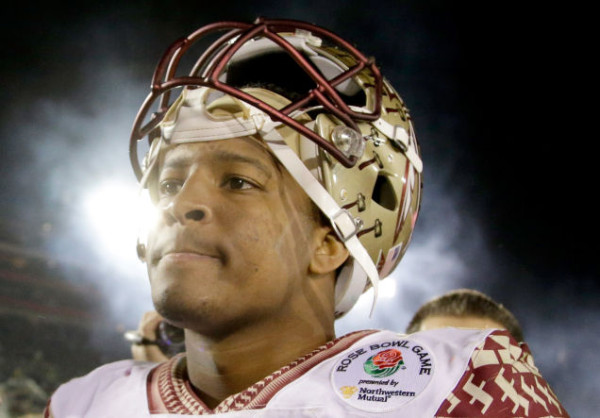 Tampa Bay Will Draft A Quarterback

The Bucs are in desperate need of someone that can lead Lovie Smith’s offense and bring back some life to the Tampa Bay offense. Smith and the Bucs’ brass will draft former Florida State QB and 2013 Heisman Trophy winner Jameis Winston. Winston is probably the only possible franchise signal-caller in this year’s draft. He has the prototypical size, arm strength and a confidence that wins games. He lost only one start in two years as FSU’s leader. If Tampa Bay doesn’t take Winston with the first pick…well, Smith likes his new job and they will draft Winston. Bet on it. 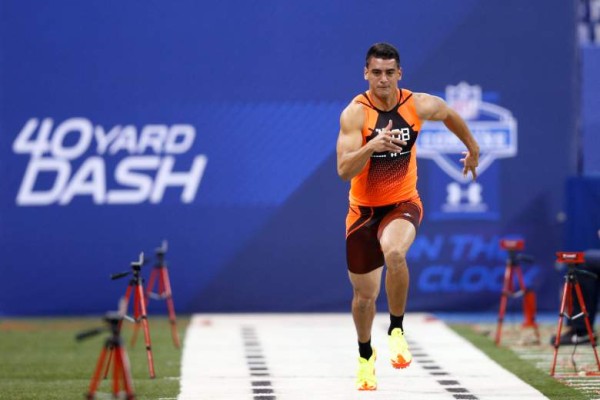 Marcus Mariota Will Be The Second QB Drafted

While Winston is closer to being a franchise QB than Mariota, the 2014 Heisman winner will be the second quarterback drafted. Where he will go remains to be answered. The answer will depend upon whether or not Tennessee is sold on Zach Mettenberger. The former LSU QB was fairly successful in a few starts down the stretch, but is far from an accomplished quarterback. Mariota could wind up in Tennessee as the No. 2 pick or he could fall to No. 6 where the New York Jets have interest. The Jets have both Geno Smith (a former first-round pick himself) and veteran Ryan Fitzpatrick, but would select Mariota if available. The Redskins, with injury-prone Robert Griffin III, have also shown interest and hold the No. 5 pick. 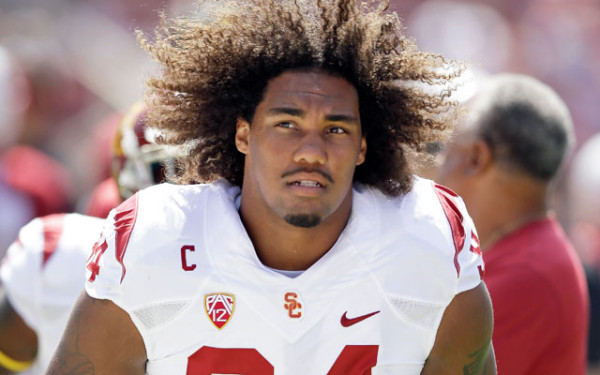 The First Defensive Player Selected Will Be A Lineman

There are plenty of quality defenders among the 2015 draft class, but the best of the best are a slew of edge pass rushers and a dominant defensive tackle. The first defensive player taken will most likely by USC defensive tackle Leonard Williams. Williams was a defensive end at USC where he was a two-time All-American, but projects as an interior lineman in the NFL. He is big (6-5, 305) and can run (4.97 in the 40-yard dash). Again, if Tennessee sticks with Mettenberger, Williams could be a Titan. Regardless, he probably won’t last much longer than the fourth or fifth pick. 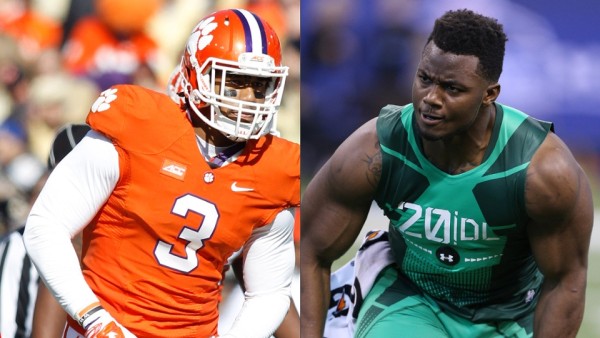 Dante Fowler And Vic Beasley Will Be Top 10 Picks

These two are the best of what the league terms edge pass rushers. Fowler is the bigger of the two at 6-3, 261 and has a tremendous burst. He has run 4.61 in the 40 and played outside linebacker and defensive end at Florida in the SEC. Beasley is a bit undersized (6-2, 235) but has a great motor and is a true pass rusher in the mold of a Dwight Freeney. Jacksonville holds the No. 3 pick and is in need of a premiere pass rushing defensive end. One of these two should fit the bill. The other won’t be left on the draft board for long. 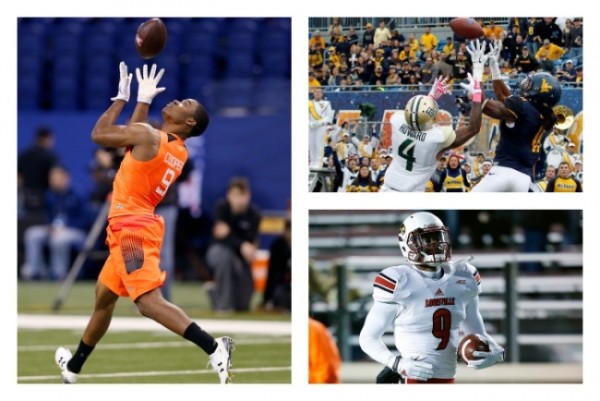 Amari Cooper, Kevin White, And DeVante Parker Will All Go In Round 1

Draft guru Mel Kiper Jr. feels like 2015 could be another 2009, the last time six wide receivers were taken in the first round. Cooper, White, and Parker are sure first-rounders. The Raiders at No. 4 are the most likely to select one of the three first. Oakland has a desperate need for some offensive weapons as does Chicago and new head coach John Fox at No. 7. The Bears also lost Brandon Marshall and need some help for QB Jay Cutler. Regardless, these three talented WRs will be gone in the first round. 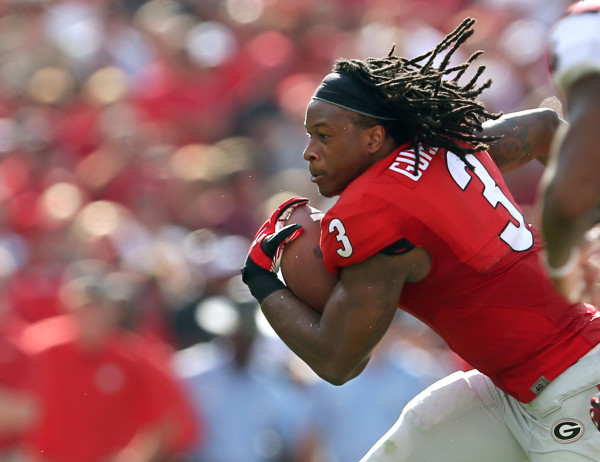 A Running Back Will Be Drafted In The First Round

For the first time since 2012, a running back will be drafted in the first round. With two talents like Georgia’s Todd Gurley and Wisconsin’s Melvin Gordon, it is possible that multiple RBs go in Round 1. Gurley is big and strong, but his injuries will be the big question mark. Across the league, it is believed he is worth the risk. All Gordon did was almost break Barry Sanders single-season rushing mark (2,537 yards last season). He is slighter than Gurley (6-1, 215) but is a natural runner who just makes plays.

The 2015 NFL Draft begins on Thursday, April 30 and continues through Saturday, April 2. The first round will be held beginning in prime time on Thursday night. The final six rounds will take place over the final two days ending with the selection of “Mr. Irrelevant,” the draft’s final pick. The Arizona Cardinals hold the 256th and final selection this year. 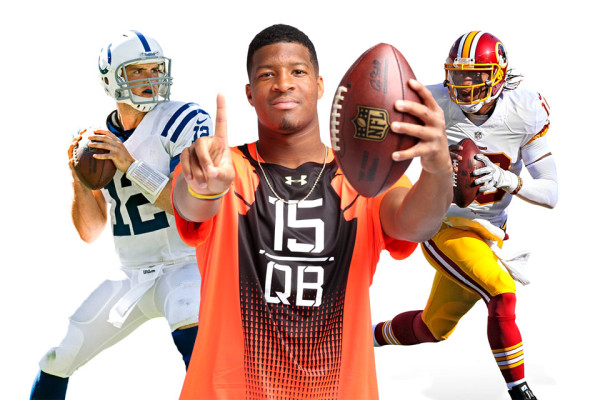