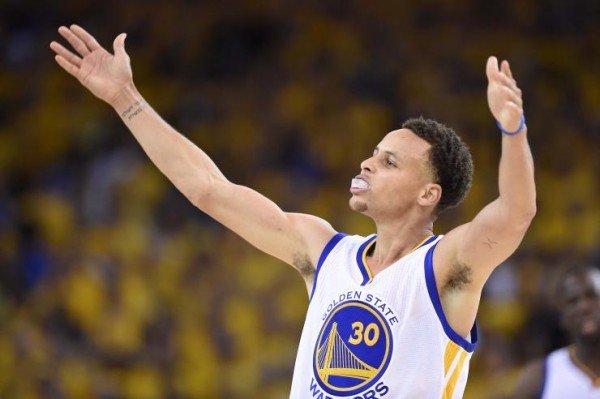 It’s no secret that basketball popularity is on a steady rise worldwide; and with LeBron James and the Golden State Warriors going at each other in one of the more exciting NBA Finals in recent memory, ratings are on the rise as well.

The average viewership per game is an outstanding 19.2 million—more than a 25 percent increase from last season, and the most since 1998 when the Michael Jordan-led Chicago Bulls defeated the Utah Jazz while 29 million tuned in. Since ’98, the only other Finals matchup that came this close to 20 million was the Los Angeles Lakers dismantling of the Philadelphia 76ers in 2001.

Good games and nail-biting finishes don’t always draw a crowd, which makes what these two teams are doing even more impressive. The Cleveland Cavaliers aren’t a huge market team, and LeBron is a very familiar superstar; and the Warriors on the other hand practically became a championship contender overnight. Yet, somehow these two teams are bringing a resurgence to the sport’s biggest event.

It could be any number of things: LeBron and Steph Curry are two of the biggest basketball stars in the world right now with massive followings. The Cavs and Warriors are both desperate to win and bring home a championship for the first time in who knows how long—or, in the Cavs’ case, the first time ever.

Maybe it’s the media coverage on The King and the greatness that has been pulsing out of him in this series. Two triple-doubles, the first player to average 35-10-5 in the Finals, and all without Kyrie Irving and Kevin Love on the court. What James has done cannot be ignored, and people don’t like to feel like they’re missing out. And at the end of the day, whether you like him or hate him, LeBron makes plays that amaze.

Curry does too. So do the rest of the Warriors. Maybe it just goes to show that people want excitement when they watch a game. They want to say LeBron dunk over a center or Steph break someone’s ankles before pulling up and drilling his eight 3-ball of the game.

No offense to Tim Duncan or the San Antonio Spurs, but fundamentals just don’t draw a crowd like electrifying dunks.