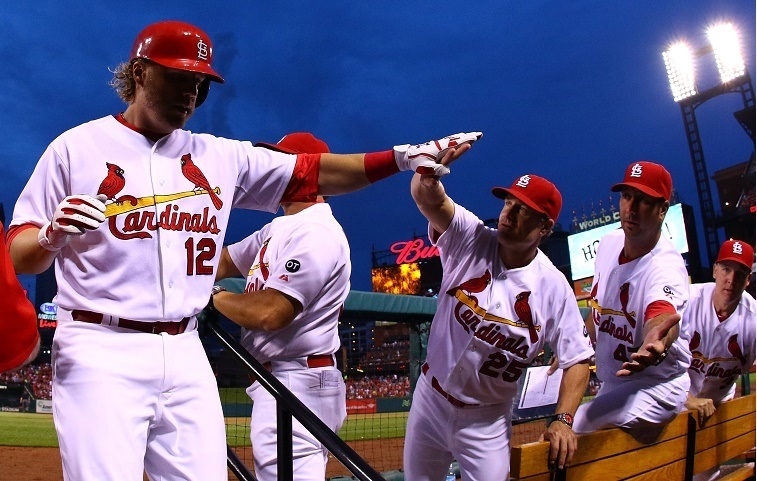 Following the Cardinals are the Pittsburgh Pirates who have had a solid run of late winning seven of their past 10 games. That includes five of six games last week making them one of the hotter teams in all of baseball. Then you have the Chicago Cubs just one back in the win column of the Pirates at 30-25.

This division should continue to be one of the more action packed divisions filled with some great talent. As we look around the Cardinals have guys like Matt Carpenter, Kolten Wong, Jhonny Pearlta and Michael Wacha. While the Pirates are built around former MVP Andrew McCuthen. Then you have the Cubs who are filled with up and coming stars like Kris Bryant as well as veterans like Anthony Rizzo and Starlin Castro.

This continues to be one of the better divisions in baseball through the ninth week of the season.

This past week Jacob deGrom helped carried the load for the Mets as they went 2-0in both of his starts while only going 3-4 overall for the week. In those two starts deGrom managed to work 15 innings allowing just two earned runs while striking out 18 batters. The two wins moved the Mets starters record to 7-4 on the season while securing him a 2.42 earned run average.

Meanwhile the Nationals cooled off after making a run to position them atop the division after a slow start. The team opened up the week picking up game 1 of the teams double header on Tuesday against the Toronto Blue Jays. The losing would continue, as they would lose two more in a row including the first game in a four game series against the Cubs before picking up a win on Friday. The Nationals bats would continue to struggle as the team would lose both games on Saturday and Sunday.

One team that made up some ground was the Miami Marlins who played to a 4-2 record over the past week while allowing opponents to score no more than three runs in the teams four wins. Currently the Atlanta Braves sit in third place followed by the Miami Marlins and Philadelphia Phillies. 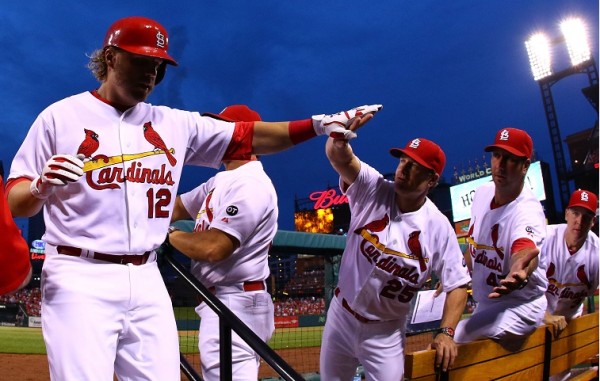 Central Division: Moving to the Central Division we continue to become a believer that the National League Central division might be the best division in baseball. The St. Louis Cardinals currently sit with the best record in baseball while both the Pirates and Cubs are built to contend in 2015.

Entering play on Monday the Cardinals sat at 38-19 while the Pirates trailed them at 31-25 with the Cubs at 30-25. The one thing that is interesting about this division is all five teams have the talent to contend for the division despite slow starts by both the Cincinnati Reds and Milwaukee Brewers.

Over the past week plus only the Brewers failed to post at least five wins in their last 10 games.

Now that we have taken a look at each of the divisions around Major League Baseball we can take a look at a few individuals. Here is our list of top individual performers over the ninth week of the season in the American League.

As we sit and look back at week 9 the Los Angeles Dodgers still hold the top spot followed by the San Francisco Giants, San Diego Padres, Arizona Diamondbacks and Colorado Rockies. Of those team the Padres, Diamondbacks and Rockies have all struggled but have played well of late as all three teams posted six wins over their past 10 games.

While the Dodgers and Giants only posted a 4-6 record over the same 10 games. Another odd ball piece of information we noticed looking over our notes was the fact that all five teams lost on Sunday. Now it might not be important in the baseball world but it still was an interesting piece of

Now that we have taken a look at each of the divisions around Major League Baseball we can take a look at a few individuals. Here is our list of top individual performers over the ninth week of the season in the National League.

Jacob deGrom, New York Mets: The Mets have found a way to get back to the top of the National League East. deGrom made two starts last week picking up wins in both contests to improve his record to 7-4 while lowering his earned run average to 2.42 for the season.

Troy Tulowitzki, Colorado Rockies: Tulowitzki has been hot of late raising his batting average all the way up to .306 after a slow start. Over his last five games the Rockies short stop has four multi hit games, nine total hits including two home runs while driving in nine runs.