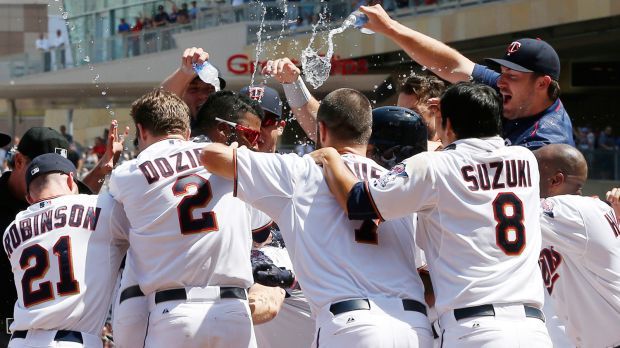 The first full week of June is in the book as the Major League Baseball season continues to roll along. As we prepare for the warmer months of the season as well as the upcoming All-Star Game taking place in Cincinnati.

This week the trends staid the same around the American League as the New York Yankees still hold a slight lead over the Tampa Bay Rays in the AL East, the Minnesota Twins hold a one game lead over the Kansas City Royals in the AL Central while the Houston Astros continue to be the top team in the AL West.

That being said we have seen a few teams make some significant strides over the past week including the Cleveland Indians, Toronto Blue Jays and Texas Rangers. All three of these teams have played themselves back into a chance to fight for a playoff spot once September has arrived.

East Division: The AL East continues to be an up and down roller coaster ride that has seen both the Rays and Yankees atop the standings over the past few weeks. Following them the Blue Jays, Baltimore Orioles and Boston Red Sox continue to fight for the middle spots as well as last place. That being said the Orioles currently hold the last spot but only trail the Yankees by 5.5 games entering their series with the Red Sox on Tuesday.

In the end the Yankees won all six games they played last week sweeping the Seattle Mariners at Safeco Field before returning home to take all three game’s over the Los Angeles Angels. In that stretch the Yankees starting rotation only allowed more than three runs in one contest against two lineups that can put up some runs.

The Blue Jays only hiccup came on Tuesday in game one of a double header against the Washington Nationals. In that game Jordan Zimmerman held the Blue Jays lineup in check allowing zero runs. The Blue Jays would respond winning game two 7-3 before winning the third contest 8-0. The team would continue their hot streak sweeping the Houston Astros at home over the weekend.

While the Orioles continue to struggle they team showed some life over the weekend taking two of three from a somewhat hot Indians team after Matt Wieters returned from the disabled list. 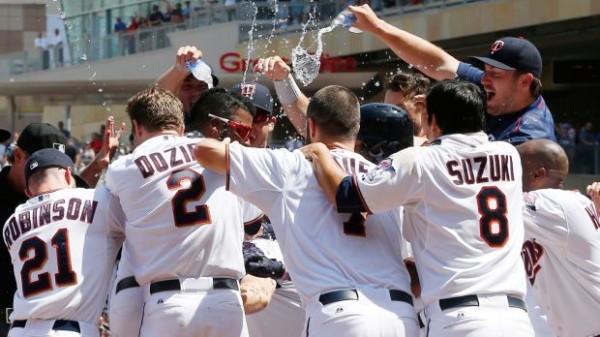 Central Division: If you haven’t paid attention to the AL Central race of late you might be surprised to see the Tigers sitting in third place behind the Twins and the Kansas City Royals. Much of that has to do with a recent stretch that saw the Tigers win only two games over their past 10 contests.

Luckily for them the Royals only managed to win three of their past 10 while the Twins split in that stretch. Starting at the top the Twins struggled this past week losing their first two against the Red Sox before losing two of three to the Milwaukee Brewers. This came just a little over a week after the team posted a five game winning streak.

The Royals on the other hand were dealt back to back series losses as they couldn’t find a way to take care of two of the hotter teams in baseball. The first stop for the Royals landed in Cleveland as the Royals offense managed to score just seven runs over a three game stretch. From there the Royals traveled to Texas managing to scrape out a win on Sunday to avoid a four game losing streak. The same issues arrived as the team’s offense managed to score just six runs in three games.

Rounding out the rest of the Central is the Indians in fourth place after winning three of six and the Chicago White Sox in last place.

West Division: The AL West division continues to be the biggest surprise in the American League and possible even in all of baseball. The Houston Astros continue to find themselves atop the division despite losing three straight contests over the weekend to the Toronto Blue Jays.

That has a lot to do with the teams below them as the Los Angeles Angels after making a move to catch them have only won five of their past ten games. The Astros recent stretch has also allowed the red hot Rangers to move within 3.5 games after the team won seven games over their last 10. That included taking two of three from the White Sox before taking two of three over the weekend from the Royals.

Following the Rangers is the Los Angeles Angels who have struggled of late losing five straight games to close out the week. That stretch came after picking up game 1 against the Rays to open the week. The team would go on to lose the next two to the Rays before being swept at Yankee stadium over the weekend. The Angels managed to score more rhan two runs in just two of those five losses.

Below the Angels are the Mariners who continue to struggle winning just two games over their past 10 contest. Followed by an Oakland A’s team that has lost three straight games.

Now that we have taken a look at each of the divisions around Major League Baseball we can take a look at a few individuals. Here is our list of top individual performers over the ninth week of the season in the American League.

Jose Bautista, Toronto Blue Jays: Last week we saw Josh Donaldson appear on this list for the Blue Jays. This week it is Bautista who put together a big game four stretch starting with the last game against the Nationals. In six games the Blue Jays outfielder picked up nine hits with four home runs and six runs batted in.

Chris Archer, Tampa Bay Rays: The Rays starter was brilliant this past week picking up wo wins. The first came back in the team’s 6-1 win over the Angels as he went eight innings striking out 15. Archer would follow that performance up with another one run outing over seven innings striking out 11 hitters.