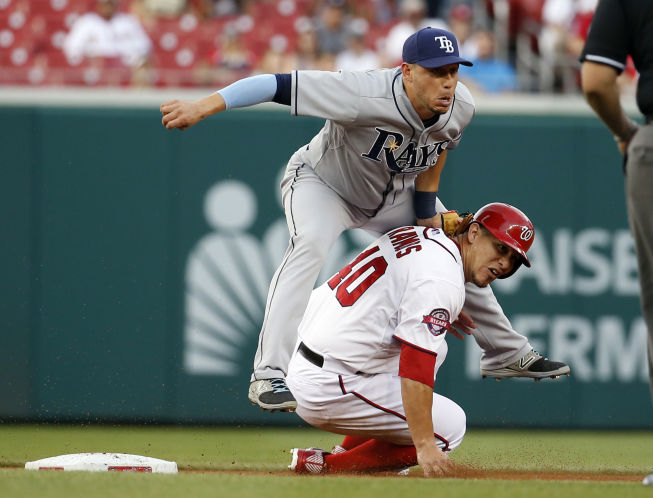 Jose Bautista’s bat came alive this past week as he helped carry his Toronto Blue Jays for the week. We saw a very similar style of production from his teammate Josh Donaldson last week but with out the team running off five straight wins.

The Blue Jays power hitting outfielder picked up hits in six straight contests starting back on June 2nd against the Washing Nationals. In that contest, Bautista would pickup a hitin four at bats. The hits would keep coming as he would pick up a total of nine hits over the six game stretch.

Overall, Bautista is hitting .262 with 11 home runs, 36 runs batted in, 40 runs scored and 40 walks. Bautista also has posted a .400 on base percentage to go with a .937 ops through his first 52 games played. Bautistas success this past week has landed him on our American League Winners list.

Adam Jones, Baltimore Orioles: The Baltimore Orioles outfielder has always been one of those hitters that can get red hot and put up some big numbers. That has been the case of late after hitting just one home run in the month of may while seeing his batting average drop nearly 40 points. Jones has picked up hits in five of hits last six games including four multi hit games. In that stretch Jones has 10 hits to go with seven runs scored, one double, two triples, three home runs and four runs batted in.

Albert Pujols, Los Angeles Angels: Not sure if every one has been paying attention lately to the struggling Los Angeles Angels. If you haven’t then you have been missing teams around the American League walking Mike Trout to get to Pujols. That has helped him over the past week as the future Hall of Famer has picked up four home runs and six runs batted in.

Boston Red Sox: The Red Sox have been one of the hotter teams in the American League over the past week. Yes you red that correctly but the team has some ground to catch as they sit in fourth place in the American League East. That being said the teams hot week started when the team took split a four game series with the Minnesota Twins before sweeping the last place Oakland A’s. This is what fans of the Red Sox expected after the team landed Hanley Ramirez and Pablo Sandoval this offseason. 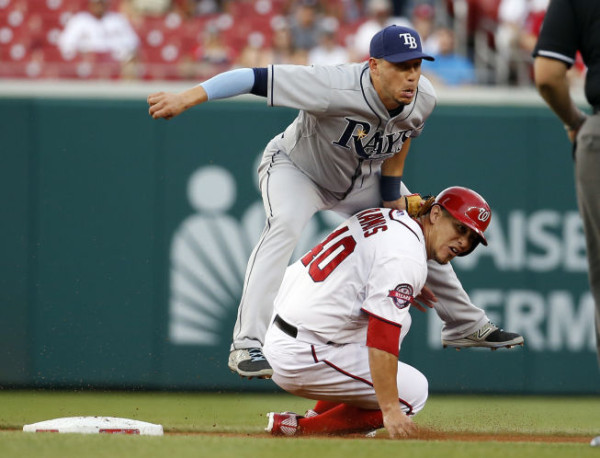 Chris Archer, Tampa Bay Rays: Archer has been brilliant of late for the Rays helping them to battle it out with the New York Yankees for first place in the American Leauge. This past week Archer made two starts picking up wins in both contests as he managed to throw 15 innings. In that stretch, Archer managed to allow just one earned run while striking out 26 total batters. On the season Arhcer is 7-4 with a 1.84 earned run average to go along with 108 strikeouts.

David Lough, Baltimore Orioles: The Baltimore Orioles have yet to find that magic hitter to fill the void in the lineup. Over the past few seasons we have seen players put together some solid seasons for Buck Showalter including both Nate McLouth and Steve Pearce. This year Lough looked to be a candidate but he has struggled. Lough managed to post just two hits in 12 at bats last week including three strike outs.

Seattle Mariners: Another busy offseason that saw the Mariners add multiple weapons to the lineup including power hitting outfielder/designated hitter Nelson Cruz. Unfortuantly for the club he has one of the only offensive players to show up at the plate. The teams struggles mounted this week as the team managed to win just one game over a seven game period. In those six losses, the Mariners managed to score just eight total runs.

American League All-Star Voting: Yes we are putting the voting system on the AL losers list for this past week. On Monday the updated list of leading vote getters were announced and the Kansas City Royals have a record seven players locked into starting positions with a eighth player just barely sitting out of reach at second base. This is completely out of control as this will leave off deserving starters including someone like Josh Donaldson and centerfield Adam jones.

Omar Infante, Kansas City Royals: Infante is just one of two Royals starters that are anchoring a starting spot down on the All-Star team. The Royals second baseman struggled this past week as he saw his batting average move to just .221 during 49 games played this season for the club. In his five starts this week, Infante managed to pick up just two hits in 16 at bats.