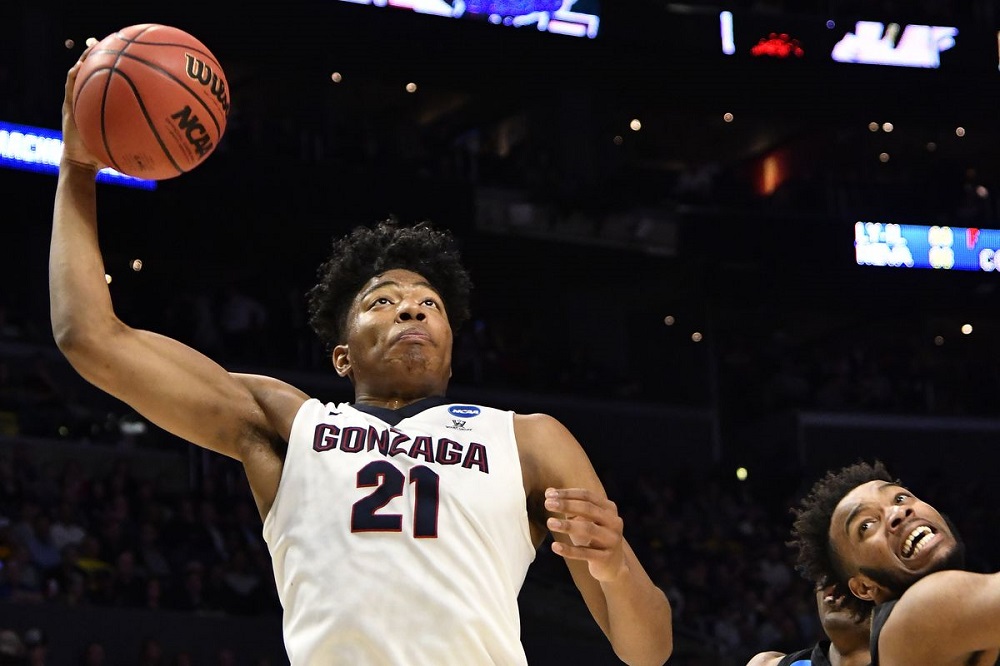 It’s finally that time of year again for the 2018 – 2019 NCAA season to kick in, and we’ve got everything you need to watch for.

The 2017-18 college basketball season had everything a fan could dream of. Standout performances, a No. 1 seed finally falling in the first round of the NCAA Tournament and Villanova cutting down the nets for the second time in three seasons.

Oh, and Sister Jean and Chicago-Loyola giving hope to underdogs everywhere by reaching the Final Four.

A new season starts Tuesday, and it’s been a long seven months to wait for a sport that seems to top itself every year.

Kansas. Bill Self has another strong recruiting class, a preseason All-American in Memphis transfer Dedric Lawson and a No. 1 ranking.

Kentucky. Coach Cal has another roster full of future pros. He’s also got Reid Travis, a grad transfer from Stanford who happens to be one of the nation’s top players.

Gonzaga. The Zags broke through to the Final Four two years ago. They could be even better this year.

Duke. Coach K outdid himself with this year’s recruiting class with what could be three of the top five picks in the NBA draft.

Virginia. OK, so that first-round NCAA Tournament loss to UMBC was ugly and history-making. But the Cavaliers have nearly everyone back and plenty of motivation.

Tennessee. The Vols have never been to the Final Four. That could change this season — they’re that good.

Carsen Edwards, Purdue. He was super productive as a sophomore last season. Expect even more from him now that the Boilermakers need him even more.

Luke Maye, North Carolina. The player who hit the shot to send the Tar Heels to the Final Four in 2017 averaged a double-double last season and will be counted on even more this year.

R.J. Barrett, Duke. The athletic freshman has yet to play a game but has already created a buzz and could be the No. 1 overall pick in next year’s NBA draft.

Dedric Lawson, Kansas. The former Memphis forward gives the Jayhawks plenty of talent and experience on an otherwise young roster.

Ethan Happ, Wisconsin. The Badgers sure are glad this multitalented big man decided to withdraw from the NBA draft. Opponents will not be.

Caleb Martin, Nevada. The do-everything forward’s decision to return with twin brother Cody is a big reason the Wolf Pack are being mentioned as a Final Four team.

Nevada. The Muss bus is loaded with talent and is driving toward what could be the best season in program history.

Loyola-Chicago. No way the Ramblers and Sister Jean will be overlooked again.

Buffalo. Bulls have five of their top six scorers back from a team that knocked off Arizona in the opening round of the NCAAs.

Marshall. The Thundering Herd and coach Dan D’Antoni are looking for an even deeper March run after knocking off Wichita State in the opening round of the NCAAs.

Cam Reddish, Duke. Doesn’t get the pub Barrett and Williamson get, but he’s a legit top-five NBA prospect.

Romeo Langford, Indiana. Locking up the state of Indiana’s best player was a huge get for coach Archie Miller as he tries to get the Hoosiers back to national prominence.

Charles Bassey, Western Kentucky. He eschewed the Power Five programs to stay in-state and could dominate Conference USA — and beyond.

Nassir Little, North Carolina. Long and athletic, he was a big get for coach Roy.

Bol Bol, Oregon. Manute’s son can shoot inside, outside and swat shots, just like Pops.

No. 4 Duke vs. No. 2 Kentucky, Tuesday in Indianapolis. It will be a blue-blooded kickoff to the season.

No. 1 Kansas vs. No. 10 Michigan State, Tuesday in Indianapolis. The opening act in Indy isn’t bad, either.

Ohio State at Cincinnati, Wednesday. It finally happened, and hoops fans are the beneficiaries.

Marquette at Indiana, Nov. 14. Marquette’s Markus Howard vs. Indiana freshman Romeo Langford is worth it right there.

Arizona vs. No. 3 Gonzaga, Maui Invitational. OK, both teams have to win their opening games, but we can dream of the West’s two marquee programs meeting in Maui, can’t we?