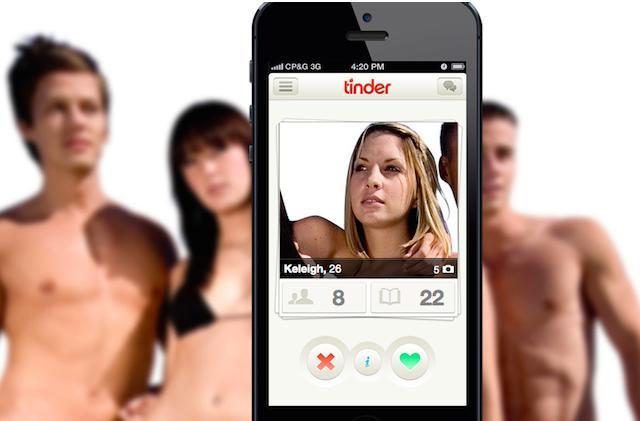 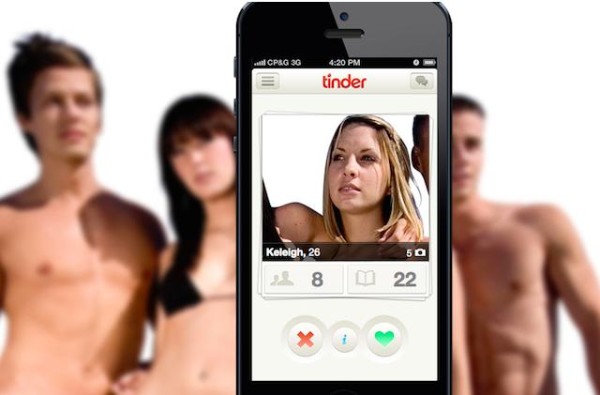 It used to be a guessing game. Whether or not one person mutually likes the other, friend or acquaintance, enough to go on a date and possibly sleep together. It was also difficult to determine for some whether there’s someone out there nearby he/she is compatible with. Now it’s become very easy. Easy enough that complete strangers can casually engage in that pleasant three-letter activity without exchanging cash. Unfortunately, with the rise in unprotected S-E-X, comes the rise of S-T-Ds. And what is it that made sex easier to begin with? The internet, social media and online dating apps like Tinder, Down formerly known as the controversial BangWithFriends and Cuddlr.

In the state of Rhode Island, it’s apparently very easy to track illicit sexual activity. It seems doctor-patient confidence has dropped down a notch. It’s not surprising since not much is private anymore in the good ole US of A with all the news about the NSA. The diminutive state’s Department of Health has recently blamed the abnormal rise of sexually transmitted diseases to apps such as Tinder, which is apparently the most popular dating app in the state.

Automatic matchmaking, which Tinder does, makes it easier for people to find sexual partners. The real point of dating is often finding common interests, gaining trust which later lead to sexual encounters. Dating apps often cut down on the common interest thing. With apps such as Down, the gaining trust part is easily done with since Down already matches Facebook friends and friends of friends. For people looking for love or just a hug, there’s Cuddlr but cuddling also often leads to the bottom line. Facebook itself was supposed to be such a tool for its early members, college students. For those who watched the Facebook movie, The Social Network, one of the reasons the former Friendster knock-off took off was the ‘relationship status’ in order for members to determine whether their friends or acquaintances were ‘available’. Now Facebook works behind the scenes actually serving as the engine for modern dating apps like Tinder. 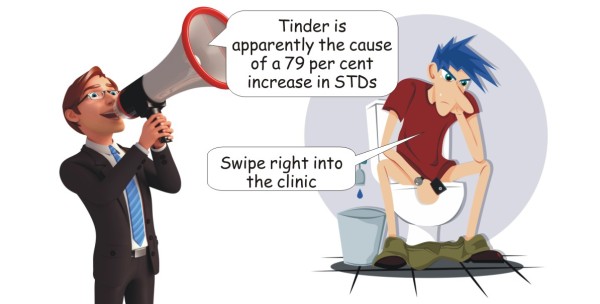 The problem with increased sexual activity is that it leads to increased transmission of sexually transmitted diseases so it’s easy to blame the tools that makes it easier for putting sexually charged partners together. But the actual reason for the increase of STDs, not to mention unwanted pregnancies is irresponsible, unprotected sex. Let’s face it though, raw is much better when doing the deed. Reasoning that online dating apps are directly responsible to the increase of STDs is false. Perhaps indirectly but still, humans are social and sexual creatures and given the right tools just makes them more social and sexual. At the end of the day, it’s up to us humans to be responsible and practice safe sex. Problem is, we’re just human which is another way of saying, we can be careless at times. HIV is on the way to be cured and everything else can be cured within days. Something scarier than HIV might do the trick. Nothing like a good scare to make us humans think twice.

While waiting for that new disease, we go to the real issue at hand. What can the app developers, those who are held responsible such as Tinder Inc., do in order to minimize the spread of STDs? It’s almost like telling a basketball player not to aim at the hoop. Is it possible for them to take some responsibility and mitigate the spread of STDs?

Here are some thoughts:

Like alcohol, they can display a popup that says ‘be responsible’ with every successful hookup.

From time to time, they can display informative tidbits or links to sites on how to practice safe sex or actually enjoying the relationship without engaging in sex. These apps can also include listings of the nearest relevant clinic in case things get oozy.

On a more serious note, users can, with the help of their doctors tag risky app members (the last few partners the person had before contracting the disease) to temporarily take them offline. Getting back to the in-crowd requires a scanned clean bill of health. There are privacy issues involved that the developers can sort out.

These suggestions are not exclusive to Tinder. There’s Down, Cuddlr, Gryndr, Wyldfire and even Craigslist. There’s no denying these apps promote sex but to be politically correct, the least they can do is to make like a pack of cigarettes and display a gruesome picture or two.