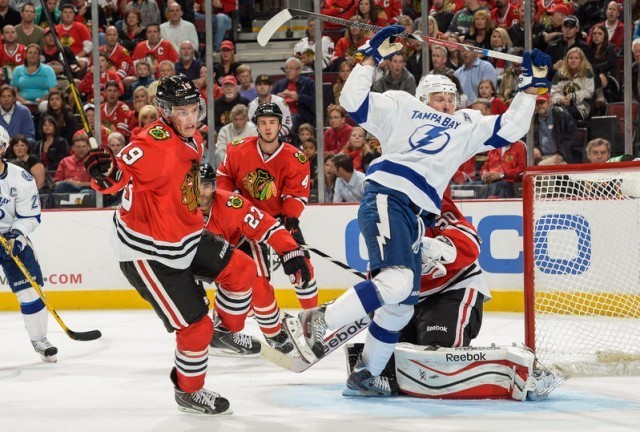 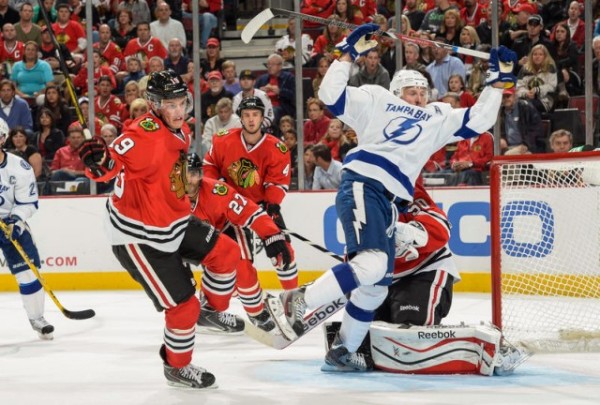 The final series of the 2015 Stanley Cup playoffs are scheduled to start in Tampa Bay on June 3rd. But despite the fact that the Lightning hold home-ice advantage in the championship series, it’s the Chicago Blackhawks who are considered the favorites to win.

The ‘hawks, a team loaded with players who have had a lot of success in recent postseasons, enter the 2015 Stanley Cup Finals priced at -125 with BetVictor, good enough to be called mild favorites. Tampa Bay, mild underdogs, are priced at +120 with SkyBet although it is worth noting that they were also underdogs against the New York Rangers. The Lightning truly are a team who have overachieved a little bit in the 2015 post-season while Chicago are more-or-less exactly where a lot of hockey fans probably thought they would be.

Playing in separate conferences, the two teams did not meet all that much during the regular season. However Chicago and Tampa Bay did compile the following head-to-head record:

In short, the home team won each game played between the two franchises during the regular season while Tampa Bay ‘won’ on goals-for and goals-against 6-3. 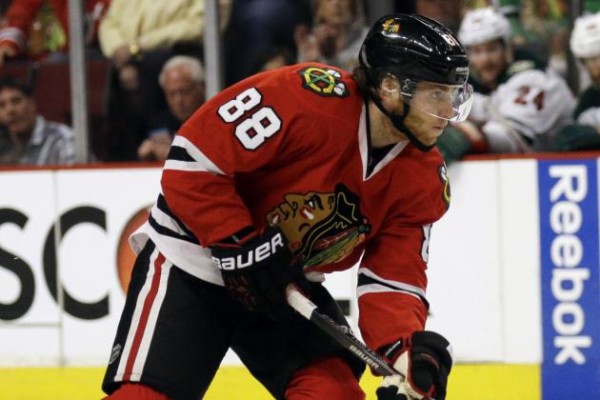 However one major point that is worth noting, when considering the head-to-head series between the two teams, is that Corey Crawford did not play in the 4-0 loss in Florida. Those goals went against Scott Darling, a player who has helped the Blackhawks during the post-season greatly but one who probably won’t appear in the Stanley Cup Finals unless something seriously goes wrong with Crawford.

The major point that cannot be overlooked when previewing the Stanley Cup Finals is that the Blackhawks are loaded with players with tons of experience in the Stanley Cup playoffs, including in the very late rounds. Jonathan Toews, Patrick Kane, Marian Hossa, Crawford, and Duncan Keith are players who were major parts of the success that the ‘hawks enjoyed in 2010 and 2013.

The Lightning have good players of course – in fact I think 25-year old Steven Stamkos is the most talented player in the finals this season. However, among their best players, you don’t really find anyone with Stanley Cup Finals winning experience. Stamkos doesn’t have it, Tyler Johnson doesn’t have it, Nikita Kucherov doesn’t have it, and neither does Ben Bishop.

In the case of Stamkos, Johnson, and Kucherov it’s fair to say that youth may be the reason they don’t have Stanley Cup winning experience. However Chicago’s best players are only a little bit holder for the most part. Except for Hossa, the ‘hawks aren’t exactly over the hill and I see their experience as being pivotal heading into the 2015 Stanley Cup Finals.

On a similar note, the Blackhawks, despite being favorites, are not the ones under pressure. If they fail to win the championship series then no one could say that Kane, Hossa, Toews, Keith, and Crawford aren’t capable of doing it. Their resumes already speak for themselves. Accordingly, it’s the Lightning who have something to prove and the pressure is square on the shoulders of their key players to deliver – without the confidence of past success to draw upon.

Goaltending will always be pivotal in any Stanley Cup series but it’s also inconsistent and hard to predict. However when it comes to offensive power, I think Chicago have the pillars of strength to lean on. I see some Lightning skaters folding in the Stanley Cup Finals. Accordingly I see Chicago, not just winning, but cruising to victory.

I would be surprised if the finals went six games with Chicago winning in either four or five.

Recommendation: take the ‘hawks at -125.