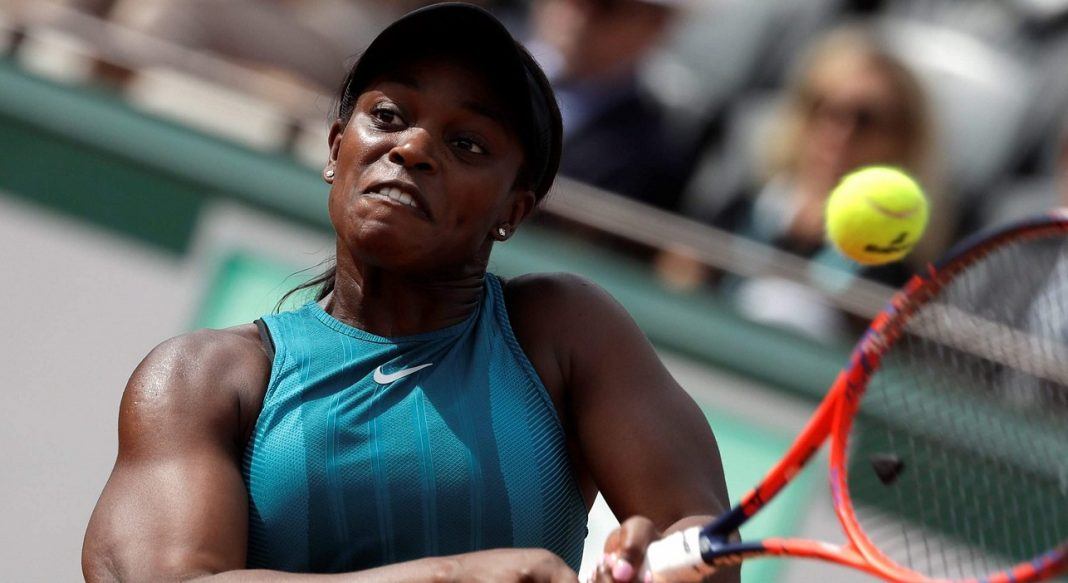 America’s Sloane Stephens has fended off every Grand Slam winner on her side of the draw at the 2019 French Open, so does this mean she’ll have it much easier to get to the Finals? Plus the Serena Williams, Naomi Osaka effect is hitting those that beat the power duo at this year’s Roland Garros.

Beating 23-time major champion Serena Williams or No. 1-ranked Naomi Osaka at the French Open was one thing. Following up those upsets with other victories two days later was entirely something else for Sofia Kenin and Katerina Siniakova.

The women responsible for beating Williams and Osaka in the third round both bowed out in the fourth round Monday, with Kenin losing to No. 8 seed Ash Barty 6-3, 3-6, 6-0, and Siniakova defeated by No. 14 Madison Keys 6-2, 6-4.

It’s a common occurrence at Grand Slam tournaments: An unseeded player knocks off a far more accomplished opponent but fails to do enough to win again the next time on court. Just one other example from this year at Roland Garros: The woman who beat three-time major champion Angelique Kerber in the first round, 81st-ranked Anastasia Potapova, exited in the second.

“It’s obviously challenging. You know, you’ve got to get your emotions settled in,” said Kenin, a 20-year-old American ranked 35th who outplayed Williams during a straight-set victory Saturday. “Yes, I beat Serena, which was really good, but I knew that (Barty is) very tough and she’s playing really well.”

Keys meets Barty next. In the other quarterfinal on the top half of the women’s draw, defending champion Simona Halep will face 17-year-old American Amanada Anisimova or Spanish qualifier Aliona Bolsova. Halep had no trouble at all against 18-year-old Iga Swiatek of Poland, winning 6-1, 6-0.

After needing three sets to get through each of her first two matches last week, Halep has dropped a total of four games through her next two.

Barty dominated her final set, held an 11-1 edge in aces and played the sort of mistake-free tennis that Kenin managed to produce a match earlier.

After making half as many unforced errors as Williams, Kenin wound up with 29 against Barty, who had 17.

Barty, an Australian who interrupted her tennis career for nearly two years after the 2014 U.S. Open to play cricket, is really thriving now.

“It made me more hungry and more passionate to come back and play tennis. I feel like I’m in a very good place, very much enjoying myself,” Barty said.

“I play my best when it’s very simple, I’m thinking clearly,” she said. “I know just what to do.”

Barty made it as far as the fourth round only once in her first 17 Grand Slam appearances; she’s made it to the quarterfinals at each of the past two.

In Keys, she’ll face someone who is in the quarters for the fifth time in the last seven majors, including a runner-up finish at the 2017 U.S. Open and a semifinal showing in Paris a year ago.

Keys needed only 75 minutes to get past Siniakova, a Czech who is ranked No. 42 in singles and No. 1 in doubles.

After playing so confidently in her 6-4, 6-2 victory that ended Osaka’s 16-match Grand Slam winning streak, Siniakova allowed Keys to dictate things to the tune of a 26-10 advantage in winners.

“After you have a big win, you put a little bit more pressure on yourself,” Keys said. “So it’s definitely never an easy position to be in after having a big upset and then trying to mellow out and follow it up the next round.”

Siniakova said she “just wanted to play another match,” but beating Osaka meant expectations went “from low” to “big.”

“Everyone,” Siniakova said, “expects you now to beat everyone.”

Could Sloane Stephens Sail Through To French Open Finals?

Sloane Stephens has no other Grand Slam winners — or even finalists — left in her side of the draw at the French Open after beating 2016 champion Garbiñe Muguruza 6-4, 6-3 on Sunday.

The seventh-seeded American clinched victory on her fifth match point, setting up an intriguing quarterfinal against Johanna Konta of Britain — herself through to the final eight at Roland Garros for the first time.

The path to a second straight French Open final, and a third overall at a major after her title at the U.S. Open in 2017, would seem to be clearing up for Stephens.

If she beats the 26th-seeded Konta, then her semifinal opponent will be either 31st-seeded Petra Martic of Croatia or unseeded 19-year-old Marketa Vondrousova, a left-hander from the Czech Republic. Both are playing in the last eight of a major for the first time.

But Konta does have big-match experience, having reached Grand Slam semifinals at the Australian Open in 2016 and Wimbledon in 2017.

She also has a 2-0 record against Stephens.

Both those matches were played this year: last month in the rain in Rome, the other on Australian hard courts in Brisbane.

“I lost to her in Rome. Really tough day,” Stephens said. “Bad circumstances. Out of the mind. So I’m just going to go in with a clean slate.”

The straight-sets defeat in Brisbane was Stephens’ first match of the year and she admittedly was not well prepared.

“I had a lot of stuff going on at the beginning of the year,” she said. “I think everybody knows I needed a coach. I was kind of all over the place.”

The third-seeded Romanian is still in the draw.

“We have a long way to go until we get there,” said Stephens, who may face another American.

There are three remaining, in the other side of the draw: 14th-seeded Madison Keys, 17-year-old Amanda Anisimova, and 20-year-old Sofia Kenin — who knocked out 23-time Grand Slam champion Serena Williams on Saturday.