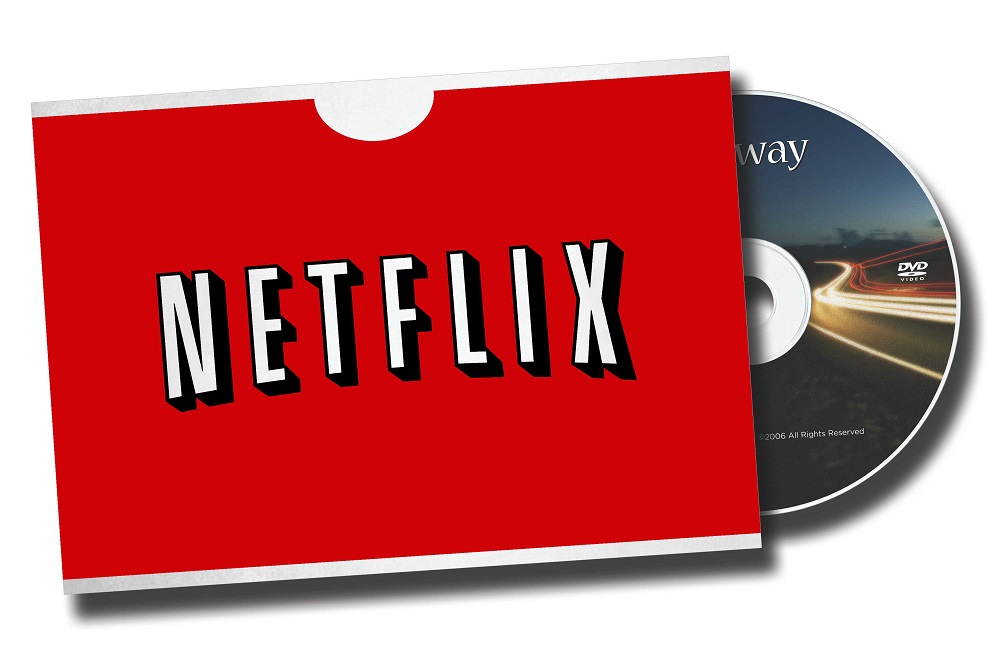 Netflix made its mark, while also knocking Blockbuster literally off the block, with its DVD service, but now that we live in a live streaming world, that service may be gone soon.

It’s not something that will be ending overnight, but as more Netflix subscribers are for live streaming, the DVD subscription side has dropped. Many have blamed Netflix for killing DVD sales, but now this would end it for good. Netflix came around when blu-ray technology was trying to overtake DVD with its superior quality, but Video On Demand (VOD) and services like Netflix and Redbox have kept physcial blu-ray sales from ever matching those of DVD’s back in its heyday.

Originally cast in a starring role, Netflix’s original DVD-by-mail service has been reduced to a bit player – one that may eventually get killed off as the company focuses on its booming video streaming service.

The DVD service shed 159,000 subscribers during the final three months of last year to end December with 4.1 million customers. That’s an 11-year low for a format that gave Netflix its initial shot at stardom, allowing it out-innovate and outmaneuver Blockbuster Video, then the king of home-video rentals.

Now, though, the DVD service operates mostly as an afterthought that caters to a shrinking audience of die-hards who prefer to watch movies and TV shows on discs instead of streaming or downloading them onto a mobile gadget.

Meanwhile, Netflix’s streaming service has been reshaping the world of entertainment, attracting converts to the convenience of streaming video at any time on any device with a high-speed internet connection.

The streaming service now boasts nearly 94 million subscribers in 190 countries, after adding another 1.9 million in the U.S. and 5.1 million in its overseas markets during the final three months of last year. RBC Capital Markets analyst Mark Mahaney predicts Netflix will have 160 million streaming subscribers by 2020. The company is coming off its biggest quarter of customer growth yet.

DVD subscribers may be fleeing, but the service boasts a library of more than 90,000 titles, including recent films that usually aren’t available to stream for nine to 18 months after they leave theaters – or sometimes at all, at least on Netflix.

The streaming service had about 4,600 titles as of late last year, down from roughly 6,500 in July 2015, according to the research firm Ampere Analysis. Netflix has trimmed its selection of outside streaming titles as it has ramped up its own production of television series and films, which can only be viewed on its streaming service.

Netflix CEO Reed Hastings, though, insists he wants to expand the streaming catalog to include more of the videos that are only available on DVD now.

“We have a long way to go when you think about all the movies and TV shows that we don’t have,” he told analysts Wednesday.

Even though the DVD service has lost nearly 10 million subscribers over the past 5 1/2 years, Netflix keeps it around because it remains tremendously profitable.

The company makes an operating profit of roughly 50 percent on DVD subscriptions, after covering the expense of buying discs and postage to and from its distribution centers. The DVD service doesn’t even have a marketing budget; by comparison, Netflix spent almost $1 billion last year promoting its streaming service.

The DVD profits have helped subsidize Netflix’s streaming expansion outside the U.S., a push that has accumulated losses of nearly $1.5 billion during the past five years. The DVD service has made $1.9 billion during the same period, enabling Netflix to remain profitable and helping its stock price rise by 13-fold since the end of 2011. The shares gained 8 percent to $144 in extended trading as investors cheered the rapid growth of the streaming service.

“We’ve never discussed shutting down DVDs since there are still lots of folks who subscribe, often to both streaming and DVD by mail,” Netflix spokeswoman Anne Marie Squeo said.

END OF THE SHOW

Eventually, though, most analysts believe it will no longer make sense to keep mailing out DVDs in Netflix’s familiar red envelopes as more people conclude the service is no longer worth the money.

Some cancellations no doubt stem from the inconvenience of having to wait for a DVD to come through the mail. Other DVD subscribers have periodically expressed frustration with weeks long waits to receive a popular film after it becomes available on disc.

Wedbush Securities analyst Michael Pachter believes Netflix’s DVD service might linger for another five to eight years, based on its current pace of decline, before the company shuts it down. He believes the moment of reckoning could come when there are only about 1 million DVD subscribers remaining.

At that point, Pachter says, Netflix is likely to start closing most of the warehouses that store and distribute DVDs to different parts of the U.S.

“As they consolidate those warehouses, the turnaround time is going to be slower,” he says. “Then, it’s not going to take two days for the next DVD to arrive, it’s going to be more like six days. Then people will be upset and quit.”