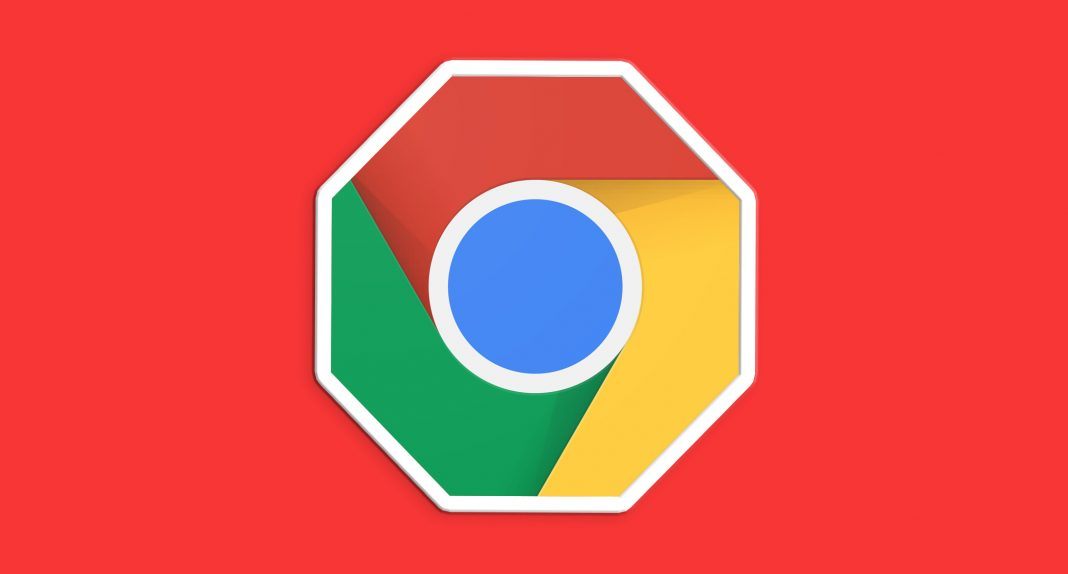 Like any corporation, whenever Google states that it is implementing a drastic change to make your life better, you know there’s something in it for them. The latest is their announcement to include an ad blocker in their Chrome browser to stop all those annoying pop-up ads that just ruin your web browsing experience.

But then you have to think a moment. Aren’t online ads what made Google into the juggernaut that it is today? Yes, and they still rake in lots of money from those same ads they want to protect you from.

Is Google going back to their original mission statement of ‘don’t be evil?’ In short, no. This is another attempt at controlling ads and forcing third party advertising platforms to conform to them.

They began this with the Google AMP platform that strips out javascript from online content to make for much faster page load speeds on mobile and desktops. As mobile browsing has overtaken desktop search, the company is putting their emphasis on the former. With AMP, advertisers had to work with Google to allow their ads to run on AMP pages.

If you’re not familiar with AMP pages, you may have looked at them without realizing it. The best example is here on this page.

Personally, I don’t see how smaller publishers will be able to survive everything Google keeps throwing at them. It used to be a website could do fine relying on display ads, but Google likes to change the rules, and it’s gotten expensive to continually change your site to accommodate them, and they are the most helpful. Their attitude is ‘change or die,’ but this could backfire as it may force sites to realize that they don’t need Google as much as they once did.

We went through similar growing pains, and now we get more traffic from Social Media, Bing and other search engines. While it’s nice to try to keep up with Google, they keep changing the board and rules so often; it’s just becoming too much work to keep one search engine happy. Just to make sure we were Google Amp ready, it cost quite a bit in developer fees, but the results haven’t been all they promised.

At one time, Yahoo was the giant in search, and they wound up getting replaced by Google.

With times and tech changing so quickly, there’ll be something else to replace the big G. 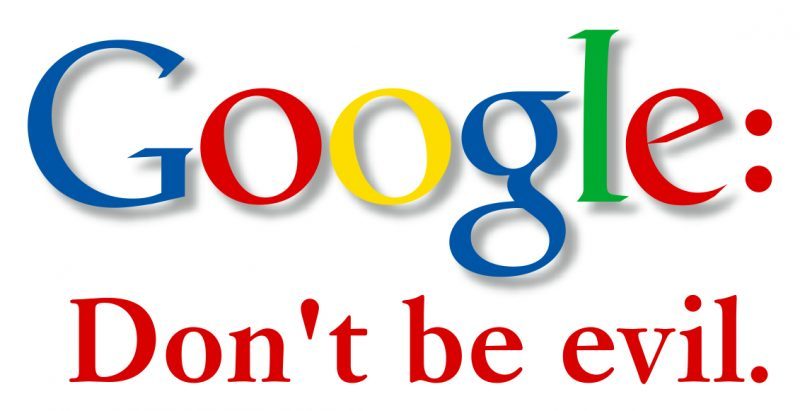 Google will soon deploy a built-in ad blocker in its Chrome Web browser that the company says will help curb the Web’s most intrusive ads while keeping the Internet’s foundational business model — people clicking on ads — intact. But some say the move to limit certain kinds of advertisements using one of the world’s most popular browsers may unfairly serve Google’s business interests at the cost of competing advertisers.

Google says it has identified the most obnoxious types of ads in partnership with the Coalition for Better Ads, an independent group made up of trade associations and media companies and will start blocking those ads early next year. The kinds of advertisements that will see the Google Chrome stiff-arm include pop-ups, auto-playing videos with sound and big, “sticky” ads that are pinned to the page no matter where people scroll.

It’s “far too common that people encounter annoying, intrusive ads on the Web — like the kind that blares music unexpectedly, or forces you to wait 10 seconds before you can see the content on the page,” said Sridhar Ramaswamy, Google’s senior vice president of ads and commerce, in a blog post last week. Rather than rely on full-fledged ad blockers, which may deny publishers and advertisers a way to make money, Chrome’s ad filter is designed to work as a business-friendly alternative, letting reasonable ads through but blocking the worst offenders, Ramaswamy said.

However, some may question Google’s intention, since it is such a powerful player in online advertising, said Andrew Frank, a research vice president at consulting and research firm, Gartner. One concern is that the company could use its power as a popular Web browser to limit the kinds of ad offerings its competitors offer.

“There are obviously multiple narratives you could tell about Google’s motivations,” Frank said. “Is Google, which has a very large stake in advertising, the right entity to be policing ad blocking? I think you could certainly say there is a conflict in that.”

Google is expected to command nearly 41 percent of the $83 billion Internet advertising market in the United States this year, according to estimates by the research firm eMarketer. Facebook, another top player, will claim just under half of that, about 20 percent. And, Google dominates Web browsing, too. According to StatCounter, the Chrome browser has accounted for more than 50 percent of the global market every month this year.

News of Google’s plan to create a new ad filter first surfaced in the Wall Street Journal earlier this spring. At the time, Jonathan Mendez, the chief executive of ad-tech firm Yieldbot, said he believes that Google’s long-term strategy is to squeeze more dollars into its search- and text-based advertising business.

“I understand they want to be a good citizen on the Web. But at the end of the day, they’re a public company,” Mendez told Digiday in April. “If they’re reducing the types of ads that can be shown, the type they want to block is the stuff they don’t do anyway.”

When asked to comment on its new ad filter, Google referred to its blog announcement.

Google’s move could also put a squeeze on smaller publishers and ad companies with fewer resources. While Google’s ad filtering standards are being sold as a way to improve the ad experience for all parties involved, having to reformulate ad products to meet the ad filter’s standards may be a financial burden to some businesses, said eMarketer analyst Nicole Perrin.

“Smaller publishers may have a harder time with the transition,” she said, but for the ad industry overall, Google’s plan will likely be welcomed. 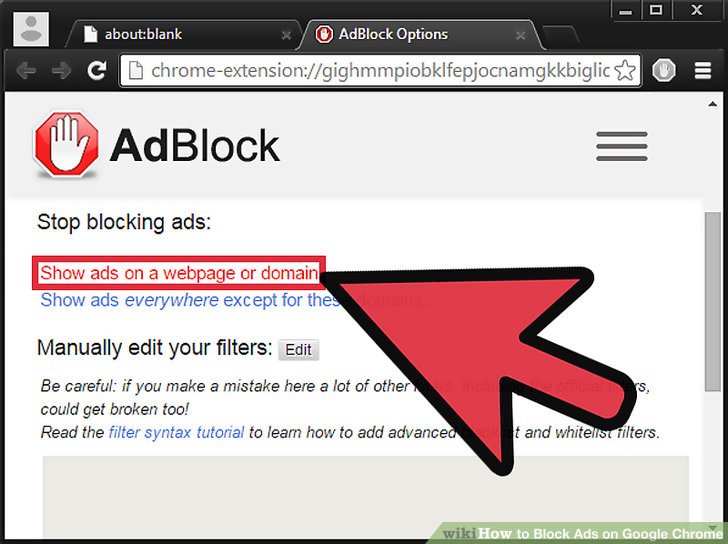 Websites that run annoying ads such as pop-ups may find all ads blocked by Google’s Chrome browser starting next year.

The digital-ad giant’s announcement comes as hundreds of millions of internet users have already installed ad blockers on their desktop computers and phones to combat ads that track them and make browsing sites difficult.

These blockers threaten websites that rely on digital ads for revenue. Google’s version will allow ads as long as websites follow industry-created guidelines and minimize certain types of ads that consumers really hate. That includes pop-up ads, huge ads that don’t go away when visitors scroll down a page and video ads that start playing automatically with the sound on.

Google says the feature will be turned on by default, and users can turn it off. It’ll work on both the desktop and mobile versions of Chrome.

Google says that even ads it sells will be blocked on websites that don’t get rid of annoying types of ads.

But there might not be vast changes online triggered by the popular browser’s efforts. It’s a “small number of websites that are disproportionately responsible for annoying user experiences,” Google spokeswoman Suzanne Blackburn said.

“I’m sure there are some publishers who will get hurt,” said Brian Wieser, an ad analyst with Pivotal Research Group. But in the long term, he says, cracking down on irritating ads should make the internet experience better, encouraging people to visit sites and click on links. That, in turn, benefits Google.

The company is also starting a program that could help publishers deal with users who have downloaded popular ad blockers. Some individual websites have come up with their own countermeasures. Forbes.com, for example, won’t let you read stories without disabling your ad blocker or logging in with Facebook or Google accounts, so the site can track you.

Google would work with websites to set up messages telling users to disable their blockers for the site or pay for a version of it with no ads. It’ll take a 10 percent cut of those payments.

To protect its ad business, Google has tried to improve user experiences in other ways. It launched a way for websites to load faster on phones. And it used its sway as the dominant search engine to push companies to make their sites mobile-friendly. Such sites show up higher in mobile searches.

Facebook, too, is trying to make links from inside its universe less spammy for users. It says it’s trying to cut down on posts and ads in the news feed that lead to junky pages with “little substantive content” and “disruptive, shocking or malicious ads.”