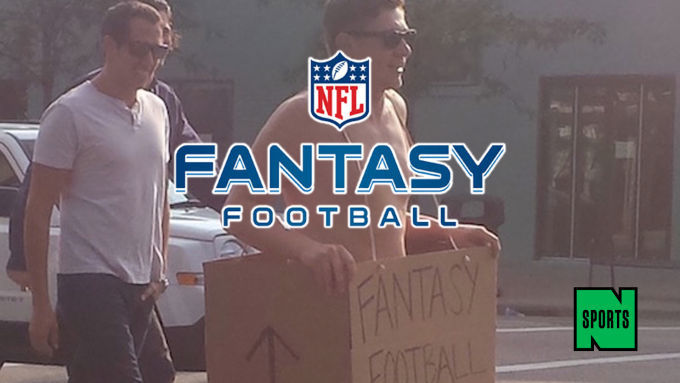 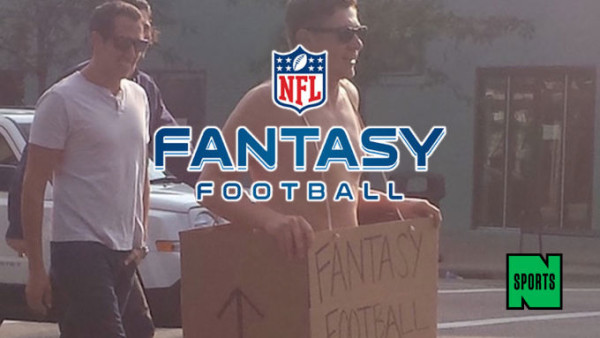 It looks like the best way to get paid through DraftKings will be the inevitable class action lawsuit that is being set up as I type this out. I’m guessing some lawyer in a cheap suit that advertises right before “Five year old Rudy’s” father is determined on The Maury Povich Show is crafting some legal nets to catch a few million from FanDuel and DraftKings. You know, insider trading and all.

I’ll have a post up on that mess soon enough and by the way, I would never take a nickel from such a lawsuit. If I’m dumb enough to toss my money away on fantasy football, then that’s on me. I don’t need Harry Reid or any other politician to protect me. I am literate and will know if I’m being cheated and eventually quit playing DFS if that’s the case.

Now on to my march toward a zero balance in my DraftKings account.

This week was not lopsided one way or the other. I won about half and lost about half. I played a few free matchups to get more experience and even joined a Nascar contest for a buck (not included in this trial)…don’t ask how that went.

Take a look at the H2H below to see my lineup on that winning entry.

I got lucky with Bears tight end Martellus Bennett as he was my highest scorer, and Julio Jones was a dud for the first time this season. The Falcons didn’t go to their main receiving weapon because they didn’t need him since they jumped out to a big lead and ground the game down with the running game in the second half. I did not have Devonta Freeman in many lineups because I was sure he would not explode for two weeks in a row…he did.

If you will notice the Beginner tag in some of my contests in the screenshots, those are important if you are new to DraftKings. These games allow novices to avoid sharks (experienced players that will eat you alive). As you can see I won money in only one of the Beginner contests, so they are not a gimme even to a player at my skill level…..which is just above dumbass.

How does DraftKings keep sharks out of the Beginner contests? Good question and I have no idea. If a shark wants in he could always join up with a new username and separate Paypal account or credit card I am guessing.

There are ways around most rules if someone wishes to go to the trouble. Most high level sharks would not waste time on one dollar games hopefully though.

Since I did well in my H2H contests I think I will stick with that type in week five. I won two H2H deals and was close in the other two that were for money. I barely checked how I did on the free contests, so that tells you how much more fun it is when you have money on the line, even if it is just a single dollar.

What I learned in week four is that picking the contests is just as important as picking your lineups. On the H2H games you have a better chance if you go against a player that only has one contest up to join. He is likely a casual player as opposed to a guy that has multiple contests head to head that you can join. See the screenshot below.

If a DraftKings player has x40 (number of contests they have open to join H2H) like the user in the big black circle above, he or she is pretty confident they can beat your ass consistently.

The smaller black circle shows a player with a single contest to join. This is not foolproof, as I have seen “tinderella” around a lot on the H2H games, so he or she may be trying to look less like a shark. I did beat tinerella H2H this week though.

It’s best to take note of the names with single contests available H2H and browse a bit before deciding they are on the same level as you. Some frown on sharks preying on fish (me and you) for these low stakes games, but if you were a shark trying to make money, would you not try the same tactics?

After all, the goal is to separate your opponent from his money and add it to your account.

OK, I’ve helped you enough with what contests to join. The easiest thing to do is play me head to head I guess. kctinman is my username on DK. You’re welcome to invite me to join a contest H2H. If you don’t appear too threatening, I will accept.

To recap the first four weeks of my 10 week march to $0 on DraftKings:

As you can see, it’s going about like I predicted except for week one. I suck.

I did win my season long league game this week though, so all was not lost.