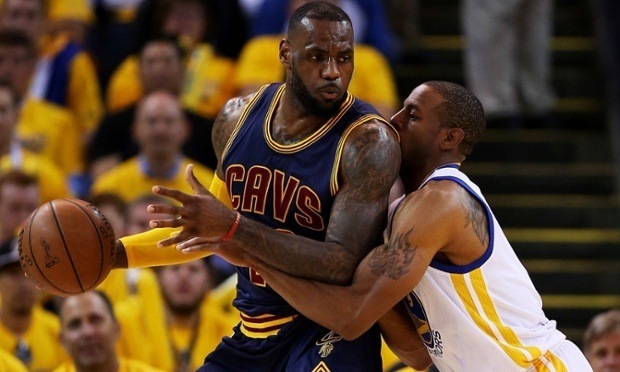 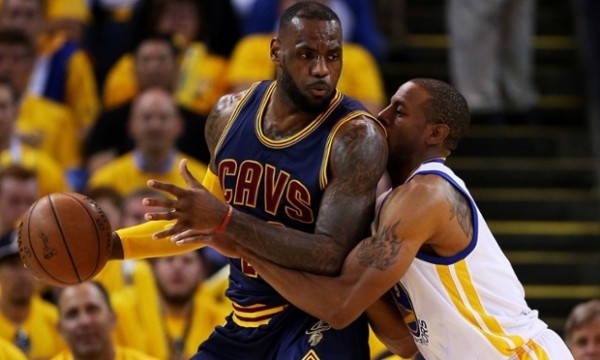 The 2015 NBA playoffs, following more than a week hiatus, resumed on Thursday night. Oakland, California hosted game one of the 2015 NBA Finals as the Golden State Warriors faced the Cleveland Cavaliers.

In the first quarter, the Cavaliers came out hot as they raced out to a double digit lead. However Golden State would chip away at that lead and, at half-time, the Cavs only lead by three.

The game remained very competitive through the rest of regulation. But as time dwindled down Cleveland had possession with the score knotted at 98. As the final seconds ticked away, Lebron James attempted a jumper that failed. Iman Shumpert then attempted a low-percentage shot at the buzzer, one that appeared to be lined up, however it too missed.

With those missed shots went Cleveland’s hopes in game one: in the overtime session, everything went wrong for the Cavs. 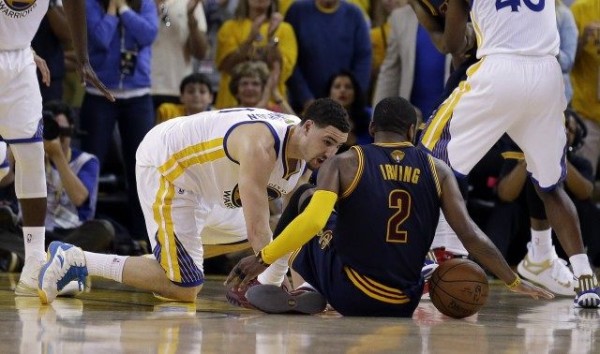 Firstly, the Cavaliers came out as cold as ice on the offensive end. All Cleveland jump shots missed their targets as Golden State built up a comfortable lead.

Then disaster struck well into the overtime period, perhaps even with the game practically out of reach, as Cleveland’s Kyrie Irving began limping on court following a play on the offensive end. Irving would leave courtside in short order with what was a suspected knee injury by many tweeters:

The only basket Cleveland scored in the overtime session was a garbage two by Lebron. It didn’t even impact the spread as the Warriors, favored at -5.5 (bet365), covered with a 108 to 100 victory.

Lebron had 44 points but Cleveland fans will certainly lament the missed shot at the end of regulation. Had his attempt swished then Golden State would not have had much time to respond and the Cavs would certainly be looking at a 1-0 lead. Instead the Cavs look at a 0-1 deficit and overtime, besides sealing their fate in game one, saw them lose a player that they may not be able to win the NBA Finals without.

Klay Thompson, who wasn’t cleared to play until Tuesday after suffering a concussion last week, scored 21 points and Iguodala added 15 points for a Warriors team that started slow but closed with a flurry.

“That’s what we’ve been doing the whole year,” Thompson said, “wearing down teams.”

Cavalier fans, or those merely hoping for a competitive series, will certainly be interested in the status of Kylie Irving’s physical condition ahead of game two on Sunday.

Cavaliers: Cleveland is still seeking its first victory in the NBA Finals in franchise history. The Cavs were swept by San Antonio in their only previous appearance in 2007. … The Cavs had been 7-0 this postseason when James scores at least 30 points.