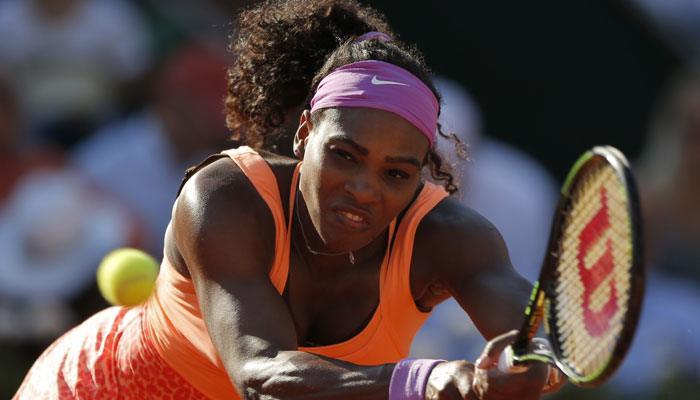 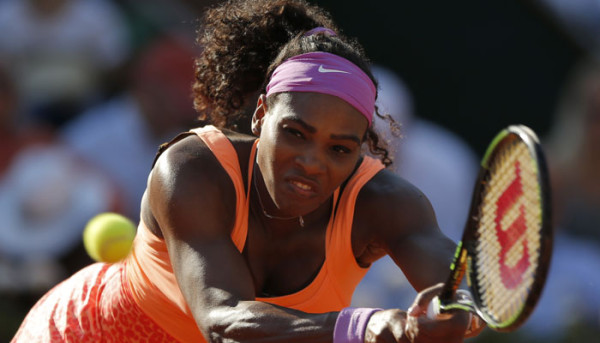 Serena Williams, the World No. 1 and pre-tournament favorite to win the 2015 French Open, has advanced to the final at Roland Garros. Williams, after a making the semifinals through Victoria Azarenka, Sloane Stephens, and Sara Errani defeated Timea Bacsinszky of Switzerland on Thursday 4-6, 6-3, 6-0.

Historically, the French Open has been Williams worst major, as she’s been unwell throughout the tournament and struggling as the temperature in Paris has risen.. She has won the event only twice in her long and heralded career, firstly back in 2002 and more recently in 2013. While two titles in any specific major is certainly no minor achievement, for comparison, Williams has at least five titles in every other major. 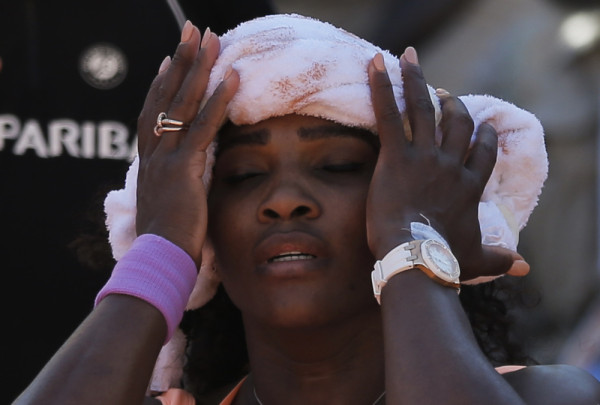 “I don’t think I’ve ever been this sick,” Williams told ESPN. “I didn’t expect to win that, I really didn’t.”

She added: “I got the flu after my third-round match and I’ve been really struggling ever since then. Hopefully this is the worst and I’ll get better from here.

“The next thing I know it was a set all and I thought, ‘I really don’t feel like playing a third set.’ I was so tired. I just fought for every point and here I am.” 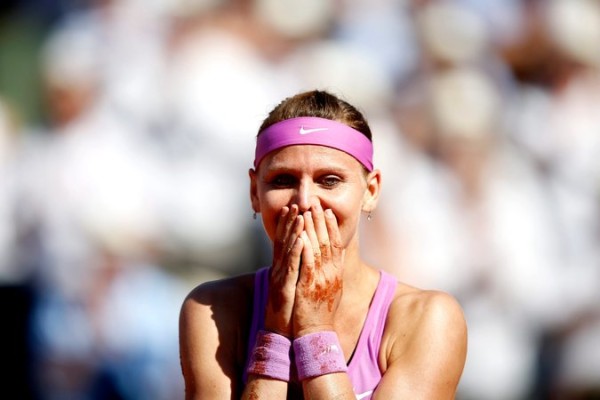 In the 2015 final Williams will face a veteran making her Grand Slam finals debut. Czech player Lucie Safarova defeated Ana Ivanovic in the semifinals on Thursday in straight sets 7-5, 7-5 to advance to the final. Safarova is a veteran on tour, a player who debuted in Grand Slams ten years ago at Roland Garros. Since that time she has only missed one major, that being Wimbledon 2006.

However, despite all of her experience, success in majors has only been intermittent for the Czech. Safarova made the Australian Open quarters back in 2007 (l. to Vaidisova) but then she went on a lengthy seven and a half year drought for deep runs in majors. That ended last season when she made the Wimbledon semifinals (l. to Kvitova). But with her play at the 2015 French Open, Safarova has reached new heights and, in making the final, she will play in what will be the biggest match of her career to date.

Despite her improved play, there is little reason to believe that Safarova will defeat Williams in the women’s final. The Czech star is 0-8 against Williams on head-to-heads, including a 6-0, 6-1 thrashing on clay in the 2012 WTA Charleston final. Furthermore, Safarova lost in straight sets to Williams at the same event a year later, the two matches combined accounting for all of their head-to-head clay court matches.

Safarova enters the women’s final with more than just a handful of big wins over some of the best players in the world in the last year. Besides Ivanovic, Safarova also defeated Maria Sharapova at the 2015 French Open. In an earlier event this season, the Czech player claimed a title in Doha through Victoria Azarenka, Carla Suarez Navarro, Andrea Petkovic, Ekaterina Makarova, and Stosur. Perhaps, besides Wimbledon 2014, it was the Doha event that hinted at Safarova’s improved play.

But beating Serena is far more challenging than beating the other players on tour. Needless to say, if any player will be affected by nerves in the championship final it will be the Czech as opposed to the experienced American.

However, despite the 0-8 record and the fact that Safarova will be playing in her first Grand Slam final, she has garnered some backers. Safarova is priced as just a +275-underdog heading into the final (source: bet365), odds that suggest that she has a realistic enough chance to win.

The women’s final will be played on Saturday where Williams will be looking both to avoid an upset and to claim what would be her 20th Grand Slam singles title of her career. That would leave her just two behind Steffi Graf in the Open Era for women’s singles.

Safarova will be looking to both shock the world and to claim her maiden Slam. Aged 28-years old, you have to wonder if the 2015 French Open might end up being her only opportunity to win a major.