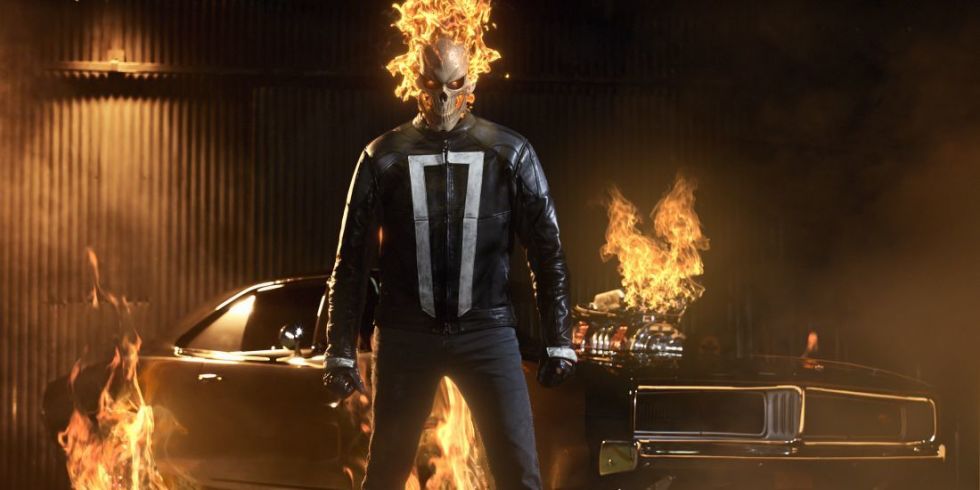 A bit pretentious, yes. But it’s high time the Spirit of Vengeance had his own series; the original spirit of vengeance, Johnny Blaze. Problem is, ABC might not push through with using him as a Ghost Rider as long as Robbie Reyes is behind the wheel of his blazing Hellcharger. Not even Netflix gets a say after this statement.

“There is a tradition within the comics that there’s been many Ghost Riders and our take on that was they’re not simultaneously a tribe of Ghost Riders but that it’s passed. The Spirit of Vengeance is passed from person to person. In that respect, at least our intention was that the Spirit of Vengeance was passed from one person to another. And who passed that on, there are suggestions within the storytelling … That’s as far as we’re going to take that part,”

This author is quite cool with the revamped mythos done in Agents of SHIELD. It was written nicely and well-executed within the show. The series hit a new high with the inclusion of the spirit of vengeance but cost concerns will keep his flaming head and flaming car from appearing in all episodes, and that’s understandable. The current mythos in the comics is that there are many Ghost Riders that can exist simultaneously. Why Mephisto focused on just two back in the nineties, it’s hard to explain. Ghost Riders, more specifically spirits of vengeance are actually a force from heaven sent to Earth to keep the evil of men in check. Them or another great flood. Anyway, in the comics, Robbie Reyes isn’t even a true spirit of vengeance. His is actually the oddly powerful ghost of his uncle, Eli Morrow. Robbie Reyes is actually more similar to the villain Wallow (not the film version) from Danny Ketch’s rogues’ gallery. That difference is discussed more in depth in the Marvel Secret Wars limited series Ghost Racers.

Anyway, that’s how it is in the MCU. There can only be one Ghost Rider at a time and presumably, it was Johnny Blaze who passed his spirit of vengeance over to Robbie Reyes. The change is story is kind of smooth and acceptable but very limiting. The world may also not yet be ready for the return of Johnny Blaze after the stigma of one mediocre and one bad movie.

This means that we won’t be seeing a Johnny Blaze series for a while. But that doesn’t mean Robbie Reyes isn’t just as cool. In fact, I want to see more of him and that cool car of his. Hopefully, his spin-off series pushes through, though it will be a very expensive one but like Agent Carter, All New Ghost Rider can be done as a six to eight-episode mini-series, with more seasons depending on fan demand. Robbie Reyes doesn’t have much of a mythos yet as he’s had just a short comics run before Marvel did a soft reboot. He can however adapt some of the cool stories from both the Johnny Blaze and Dan Ketch versions.

The statement from Jeff Bell can still change with enough fan clamor. If it’s not stated on the TV show, it’s not canon just yet and even if it is canon, some clever writing can easily undo that. What would be interesting though is that Johnny Blaze can still come back as that cool trench-coated hellfire-shooting shotgun-wielding sunglass-wearing guy from the comics. But hold the cyborg look, for Pete’s sake. He and Robbie can team up in later episodes or in a separate season.

We’re getting ahead of ourselves though. Robbie is trapped in the Darkforce/Void dimension with his uncle. How can he come back? SHIELD might make use of their sling-portal to get him back should the Darkhold situation get really out of hand. There are suggestions that his uncle Eli could somehow live on in Robbie’s head much like in the comics. A bit crowded though, as there would be three of them in there. And if Uncle Eli does end up in Robbie’s head, there’s a big chance Robbie will go out of line from his mission of vengeance and the only one who can stop him and maybe take back the power, would be Johnny Blaze. There, you have your Blaze Ghost Rider series.