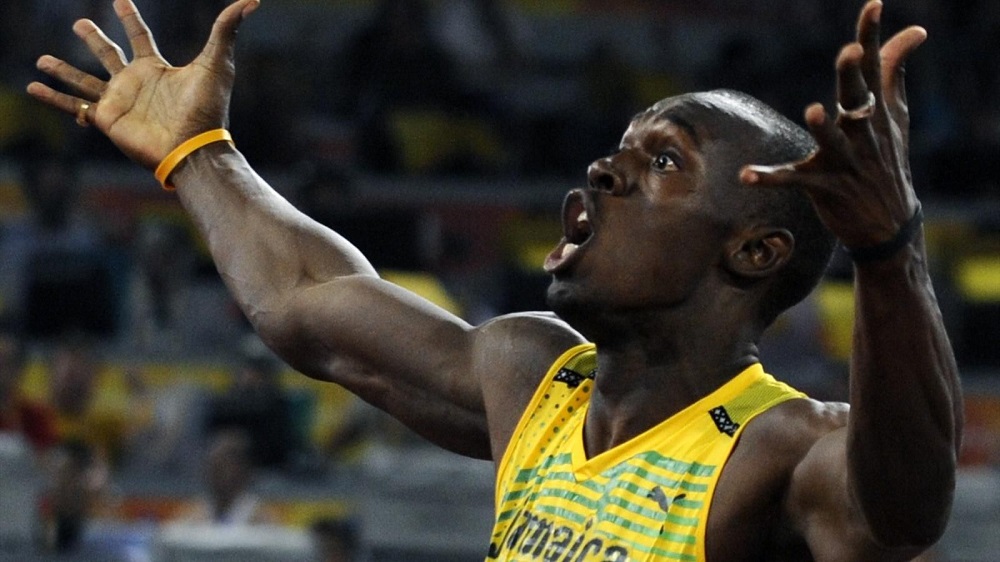 It’s one thing to lose an Olympic gold medal due to failing a drug test, but Usain Bolt lost one due to his Jamaican teammate Nesta Carter. Carter apparently tested positive for methylhexaneamine, which is a banned stimulant, from the 2008 Beijing Olympics.

It sounds odd, but the Olympic rules strictly state that an entire relay team can be disqualified and stripped of its medals if just one runner fails a drug test. So Carter’s failed test resulted in Bolt returning one of his nine Olympic gold medals. It’s tough enough winning Olympics medals on your own, but having to hope your team isn’t doping has really got to be frustrating.

All four members of the team — Bolt, Asafa Powell, Michael Frater and Carter, a bronze medalist at the 2013 World Championships — lose their titles.

Carter and Bolt were teammates on the winning 4×100-meter team, which set a world record of 37.10 seconds. Carter ran the opening leg, and Bolt took the baton third in a team that also included Michael Frater and Asafa Powell.

“The Jamaican team is disqualified,” the IOC said in a statement. “… the corresponding medals, medalist pins and diplomas are withdrawn and shall be returned.”

The relay title in Beijing completed the first of Bolt’s gold medal sweeps in the 100, 200 and relay at three straight Olympics.

Bolt set world record times for all three sprint titles at the Bird’s Nest, establishing himself as the defining superstar of the Olympic track.

“I want to share it with my team,” said Bolt said after completing his hat trick in 2008. “It’s down to them that I beat the world record today. When you beat the relay world record, you feel four times happier.”

Bolt and Carter will retain their gold medals from Jamaica’s relay win at the 2012 London Olympics – in a record time of 36.84 seconds that stands today. Bolt ran the final leg on that team. He took the baton from Yohan Blake, who served a ban in 2009 for ingesting the same substance as Carter.

The 31-year-old Carter has teamed with Bolt on three straight world championship relay-winning teams, from 2011 through 2015. He also took an individual bronze in the 100 in 2013 in Moscow, behind Bolt and Justin Gatlin of the United States.

Carter, who did not compete at the Rio de Janeiro Olympics, faces a ban from the IAAF.

Speaking last summer about the Carter situation, Bolt — the 100m and 200m world record holder — said returning one of his golds would be “heartbreaking,” but added that he would not have a problem doing so.