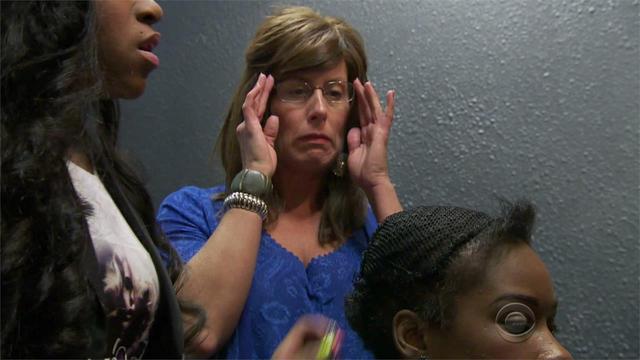 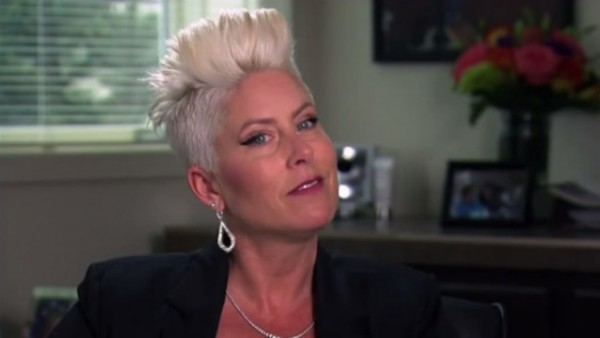 This week’s Undercover Boss features Colorado based Phenix Salon Inc’s President and co-founder, Gina Rivera, a former hair stylist, visiting a handful of the company’s locations. Rivera said that she wanted to go undercover because there are plans to open 50 more locations and she wanted to get an idea of how well the business was running. 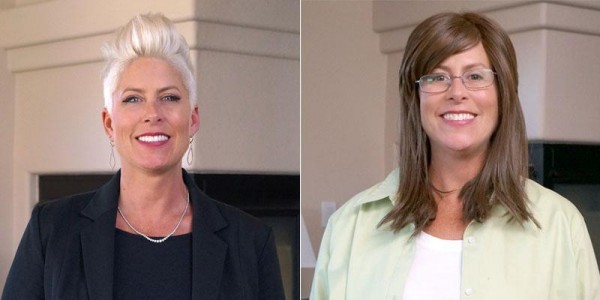 The first stop on her undercover journey was a location in Boca Raton, Florida where she was scheduled to work as a barber. In her undercover identity as a woman named Ashley she introduced herself to Michele, the barber she was working with for the day. Ashley then met the first customer of the day, named Chris. Right away Ashley noticed how meticulous Michele was in her work and admitted that even though she was following Michele’s instructions she was screwing up.  When the next customer, named Mike, came in Ashley knew she was going to be assisting him by shaving his beard. Michele walked Ashley through the process of doing so. When it came time to start the actual shave Ashley admitted that her stress level was “through the roof,” and that her blood pressure was quickly rising. Michele advised Ashley to have a good grip on the blade and to not rush through the job. She then told Ashley that this was the time not to make any mistakes. At that point Ashley confessed that she thought she was going to faint. When she was finished Michele praised Ashley for a job well done and told her that she “nailed it,” much to Ashley’s relief.  After they had completed work for the day the two talked about the daily struggles Michele faces as a single mother of four children. Ashley then confessed she wanted to fill all the company’s locations with employees like Michele.

For her second undercover mission she visited a Las Vegas location of the company. She was scheduled to work as a nail technician for the day. This particular location does not do as much business as it should and Ashley went in to figure out why. She met with the employee she’d be working with, G and her first job of the day was a pedicure, which seemed to make Ashley uncomfortable. On their lunch break they talked about the fact that the salon was often empty of customers. Ashley said that this location was struggling because the owners were not present. The two women then bonded over the fact that both had lost their mothers. 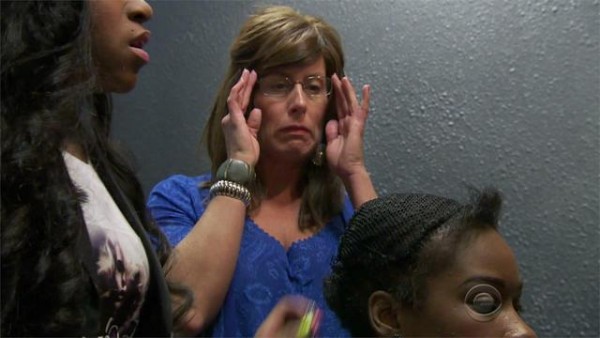 In her third undercover mission Ashley worked at a location of the salon in Catonsville, Maryland where she was assigned to work as a cosmetologist. Felisa was a cosmetologist at the salon that Ashley worked with for the day. Ashley stated that she was nervous because Felisa’s clients are African American and that Ashley does not know how to do their hair. After showing Ashley the proper technique for a weave, Felisa asked her to try performing it. Ashley was unhappy that this particular location of the salon was very noisy and she was going to look into a way to make it soundproof, after Felisa complained to her about the noise. On a scale of one to 10 Felisa said Ashley’s performance on the weave she performed was only four. Felisa then told Ashley that the communication at this particular location was awful. Afterwards the two women talked about Felisa’s family, including her mother and her children. Felisa then confessed that she felt like she was a failure and she hadn’t accomplished anything with her family. 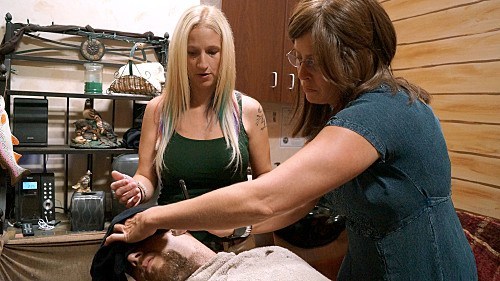 Long Beach California was the location of Ashley’s fourth undercover mission, this time as a hair stylist. She arrived and met Richie, the hair stylist she would be working with for the day. Richie talked Ashley through cutting the hair of a customer with curls all over her head. After Ashley did the job Richie told her he wasn’t thrilled with her results. Ashley then helped Richie apply hair dye to the next customer. Ashley said that Richie made her performance even better when it came to completing the dye job. Richie and Ashley then talked about his personal life. He confessed that his wife had had a baby after a period of homelessness for the family. Ashley said she was very impressed with Richie after hearing everything he had endured in his personal life in recent years.

After completing all four undercover missions Rivera called together all of the employees she had worked with along the way. She met with Felisa and confessed her real identity. Rivera told Felisa she is good at what she does and that Rivera was happy to have her working for the company. She told Felisa that she had taught Rivera so much about hair weaves that she was bringing Felisa in on a new training program for employees. In addition Rivera gave Felisa $10,000 to help her with personal expenses, including visiting Felisa’s grandmother’s cemetery plot.

When she met with Michele and they discussed Michele’s struggle to raise her kids. Rivera then gave Michele $10,000 to take care of one of her four children that was going to need a wheelchair. She also said she would pay Michele’s salon rent for a year. In addition Rivera sent Michele and her family to Maui for vacation.

Rivera also met with G and talked about getting G’s location filled. She also gave G $5,000 to purchase supplies for the salon. Rivera even paid for a cruise G was planning to take her daughter on as a college graduation gift. Since G’s daughter is going to law school, Rivera gave G $40,000 to pay for it.

Lastly, Rivera met with Richie and they discussed his job performance. Rivera then gave Richie $5,000 to host a fundraiser to help pay medical bills his daughter had incurred. She also agreed to buy him a home so he would never have to worry about being homeless again.