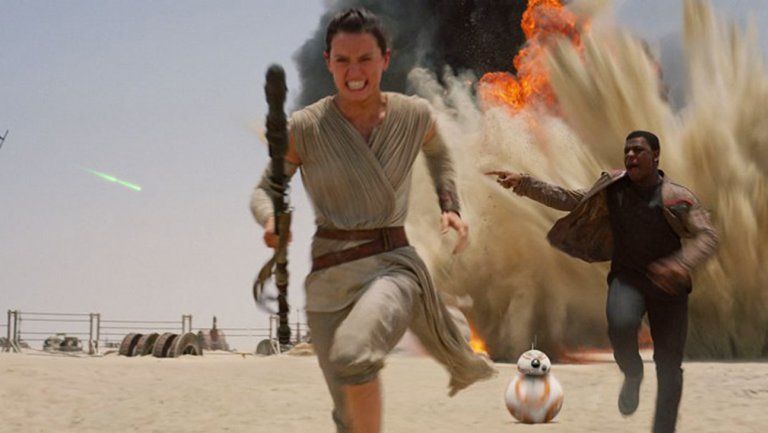 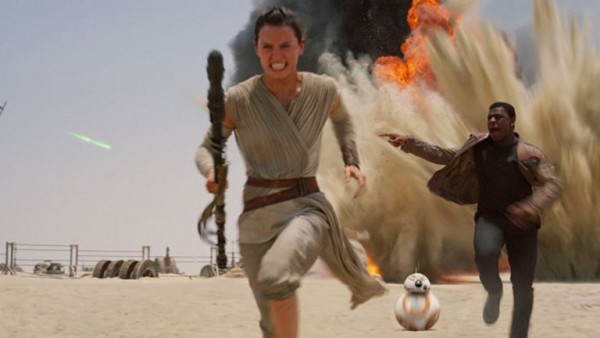 Now that the ‘Star Wars: Force Awakens’ white genocide brouhaha has died down, one huge ‘Star Wars’ fan has created the ultimate trailer combo for those of you without enough time to scour and find every teaser trailer and clips out there.

This version has three trailers strung together with some great clips from Comic-Con, and unlike many put together versions, this one is rather impressive in its seamlessness. It takes everything and put it into a logical order that builds up to some pretty incredible moments in less than four minutes. Like our ‘The Walking Dead’ season recaps in a minute we posted earlier today, this trailer hits all the sweet spots leading up to some Han Solo with Chewbacca moments.

The most recent trailer hit on ESPN during Monday Night Football, and on Monday, tickets went on sale. Naturally they were scooped up in a hurry, even while many had taken to Twitter to rant about a black actor having a lead role in the film. These people were quickly reminded of James Earl Jones voicing Darth Vader, but that didn’t shut them up. Thankfully, they’ve quieted down now.

Once again, another film from an American studio won’t open in our country first. ‘Star Wars: The Force Awakens’ in theaters throughout Europe and Australia on December 17 while Americans have to wait a day until it opens on December 18.

Set 30 years after the events of Return of the Jedi, The Force Awakens finds a galaxy torn asunder by the ongoing conflict between the Resistance (formerly the Rebel Alliance) and the First Order (formerly the Empire). The film will have a cast of familiar actors, but they won’t share as much screen time as the new characters who will be carrying the saga forward.