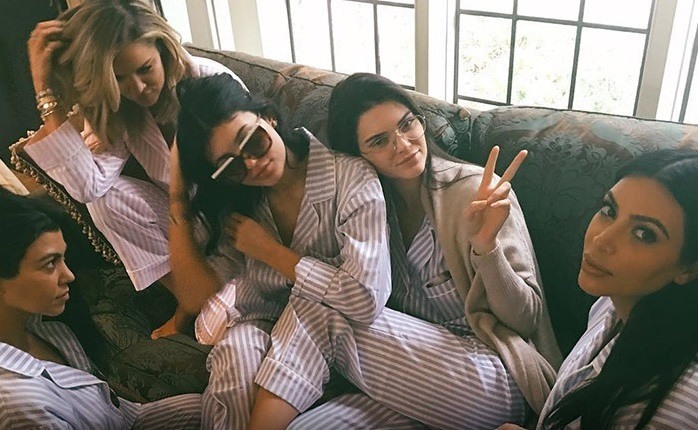 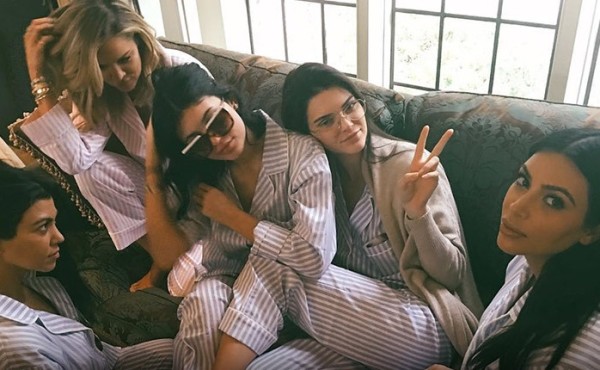 Due to Lamar Odom’s scary situation, Kim Kardashian cancelled her baby shower that was scheduled for last weekend. However, in the end the party ended up not being cancelled but rather moved to a later date, as the social media queen shared photos from the Troop Beverly Hills themed party she threw on Sunday.

A source tells E! News that Kim had originally cancelled the party indefinitely due to Lamar’s situation but was later convinced to have a celebration in honor of her second child since Lamar’s condition continues to improve. Khloe has been reported to not wanting to leave Lamar’s side until he can either walk fully again or shoot hoops, but those Kardashian’s can’t resist a party that will be turned into a media opportunity along with part of the upcoming season of “Keeping Up with the Kardashians.” Naturally, they’ll be able to incorporate more of the Lamar/ long-suffering wife Khloe into the storyline.

Pictures from the gathering showed the guests all in matching pajamas while sipping on hot chocolate surrounded by camp-themed décor with a poster that read, “Troop Beverly Hills.”

Surprisingly, Kim’s sister Khloe was present for the baby shower. Khloe has been by Lamar’s bedside in the hospital since he was found unconscious in a Las Vegas brothel about a week and a half ago. Since he is continuing to improve, he was flown out to do the rest of his recovery in Los Angeles, which allowed for Khloe to be in town for Kim’s shower.

Along with the sisters, other guests included Kris Jenner, Caitlyn, Jenner, Gigi Hadid and Malika and Khadijah Haqq.

Kim announced her pregnancy back in May and revealed that it is going to be a boy. Sources close to the star claim that the baby is due sometime around Christmas. 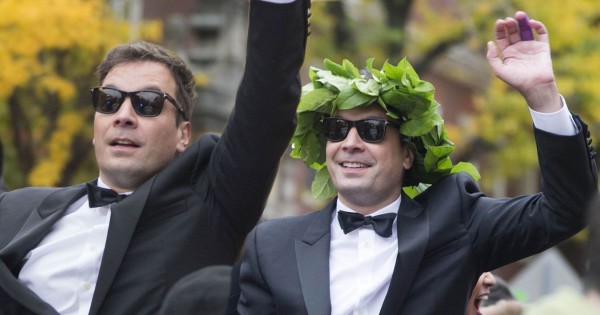 Unfortunately, Jimmy Fallon didn’t have too lucky of a weekend, as the late night host was rushed to the hospital after falling during an award ceremony.

Jimmy was accepting an award at Harvard University in Cambridge on Saturday when he suddenly tripped and fell. Immediately, he was rushed off to the Massachusetts hospital. A witness explained the accident, saying, “it was all part of the celebration in the street and some random girl kneeled down in front of him abruptly as he as turning around and he tripped over her because he didn’t see her.”

Another attendee caught the incident on video and shared it on Instagram:

The video shows Jimmy holding a bottle of Jaegermeister in his hand, as he turns around and trips.

The celebration was supposed to be a good time for Jimmy, as he was being honored by the university’s humor magazine – the Harvard Lampoon. The star was being awarded with the Elmer Award for Excellence in Humor – which marks the first time that the award has been given out this century. Unfortunately, due to a fairly severe hand injury he sustained earlier in the year, his fall had to be taken a lot more seriously.

Luckily, Jimmy was able to get medical attention quickly and was seen later at the party celebrating with his hand heavily bandaged.