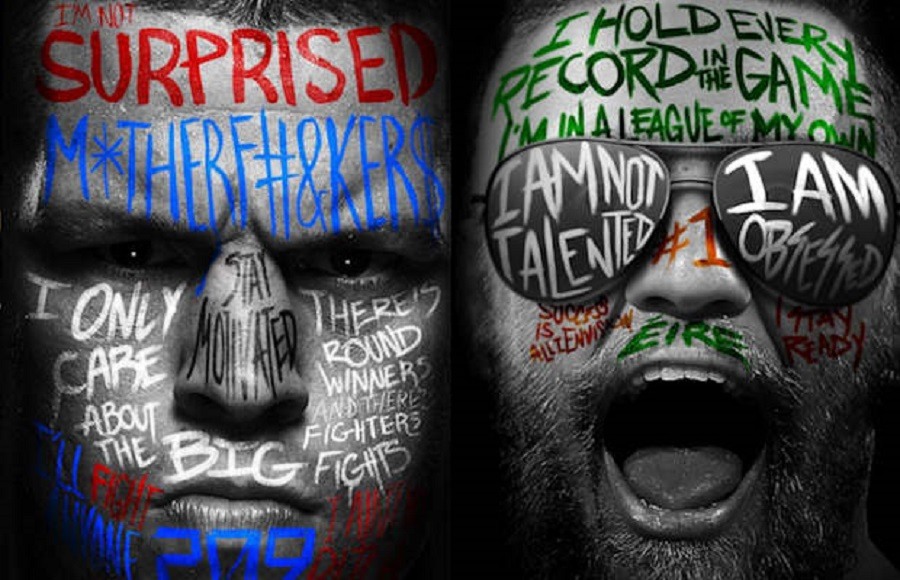 No extra hype is needed for UFC 202. Conor McGregor oozes hype with every word that spews from his big mouth. Nate Diaz is a worthy verbal counter puncher who is just as dangerous with his F-bombs as he is with a guillotine choke.

So Dana White can take a couple of weeks to relax while these two nasty fighters do all the work by building up their rematch that’s set for August 20th in Las Vegas.

This fight should have happened at UFC 200, but now the anticipation has only grown. After McGregor was removed from the UFC 200 card, Diaz did the smart thing by refusing to take on another challenger at the time. His patience will pay off by getting a huge payday when he and McGregor finally get it on again.

Holly Holm should have shown that same patience and waited on Ronda Rousey for their rematch. Instead, she’s harmed her brand by losing both her fights since.

If you didn’t see the first fight between Diaz and McGregor, you can check it out on UFC Fight Pass. Or catch the replay August 10th on Fox Sports 1.

The first fight looked like it would be another McGregor win as he was catching Diaz early and often. The more experienced fighter was badly cut in the opening round and a bloody mess. Yet Diaz turned the tables on the featherweight champion in the second round and began tagging McGregor at will. An open hand Stockton slap showed just how much trouble the mouthy Irishman was in.

Nate eventually forced him to tap when Conor foolishly took the fight to the ground. 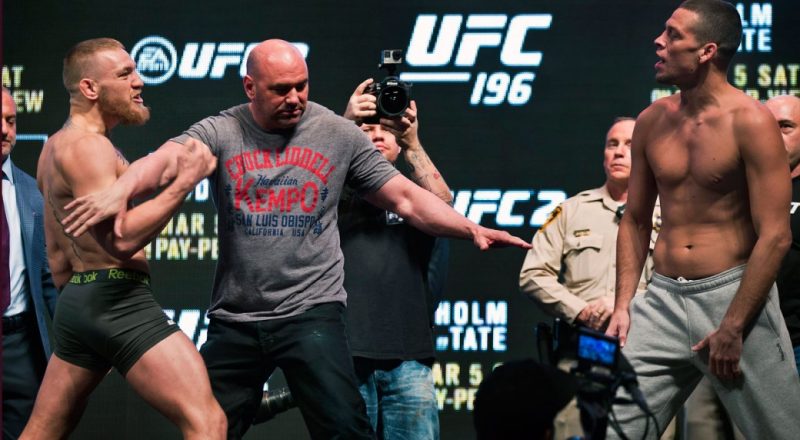 The rematch was not a forgone conclusion. McGregor could have easily went back to his own division and continued defending his belt at 145 pounds. But showing he’s not all talk, McGregor showed he has a ton of pride and took the rematch.

The trash talking is gonna get deep as we inch closer to the PPV event. McGregor isn’t going to shut up just because he got beat up the last time. He will have plenty to say, and he will continue the talk that Nate Diaz got lucky.

To be honest, McGregor does have a legit excuse for losing the first time since he had not prepared for Diaz and took the fight on short notice. You can bet McGregor will play up the fact that Diaz is riding his coattails. And it’s true that Diaz’s stock went up when he beat the biggest draw in the UFC.

Conversely, Nate Diaz feels like McGregor was just handed much of the spotlight McGregor has received over the past couple years. Diaz has been grinding out a living in the UFC since he was 21 years old. He sees McGregor as not having paid his dues just yet and would love nothing more than to put him in his place once more.

We know the 20-10 fighter from Stockton, California is not going to let McGregor just talk down to him. Diaz was pretty pissed at how disrespectful McGregor has been toward other UFC fighters, even those he was not hyping a fight with.

No matter what comes from the mouth of “The Notorious,” Nate Diaz has the ultimate response, “Scoreboard.” It shows one ass-kicking to none, in favor of Diaz.

We’ll have to wait until the end of UFC 202 in order to see just how much fans get sucked into the natural hype of two guys with mad mic skills. I’m guessing those PPV numbers will be huge due to the talk. But mainly because the first fight was so entertaining and the ending so shocking to average fans.

Hopefully, the rematch will live up to the hype and be even better than Diaz McGregor I.