Home All News Sports UFC 189: Time to Walk the Walk Aldo vs McGregor 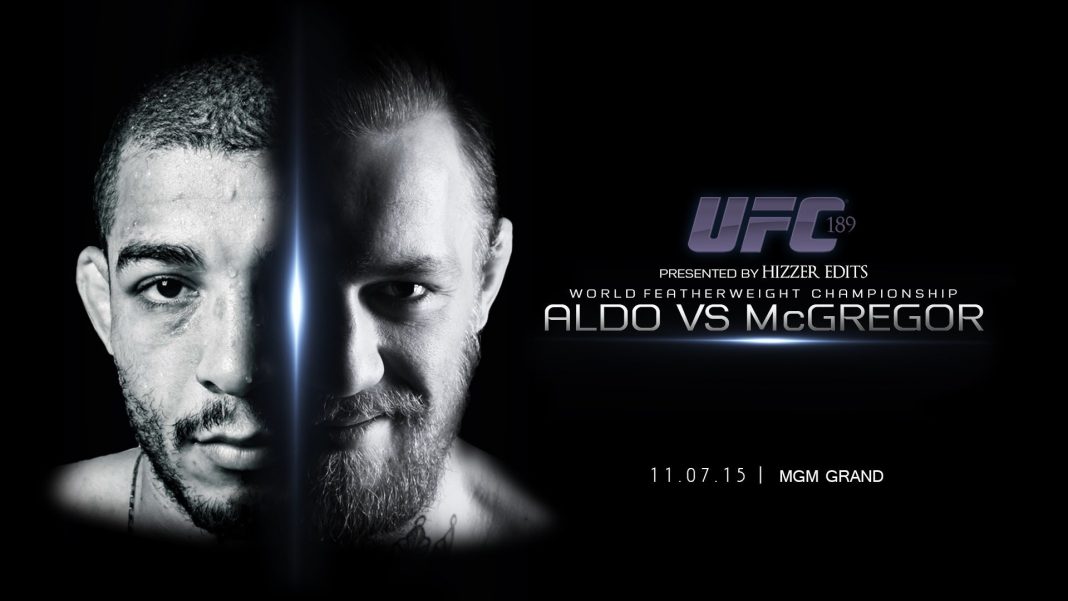 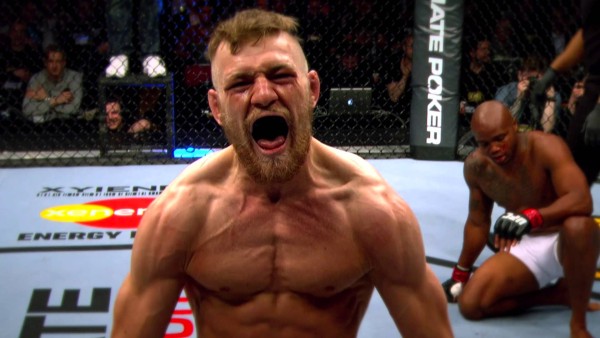 Conor McGregor‘s role as the Flavor Flav of UFC 189 is about complete. The wild Irishman has hyped this pay- per-view up to the absolute max. The guy should get a big percentage of the ppv buys due to his exhaustive efforts to make fans want to plop down the $60 bucks to see this guy in action. Does anyone remember hearing a peep out of any other fighter on this card?

McGregor managed to get under the skin of José Aldo with his enormous mouth and various shenanigans in the months leading up to their title fight. Of course that fight got axed when Aldo pulled out due to a rib injury. In stepped Chad Mendes as a worthy substitute who sits at #2 in the featherweight division, a spot ahead of McGregor. Mendes has lost twice to Aldo, the last one being a five round war that Aldo won via decision.

McGregor didn’t stop the trash talking just because his title shot turned in to an interim title shot. He has been pretty good at insulting Mendes, but the Irishman was visibly disappointed that the champion opted out of the fight once Aldo felt he would not be at 100% due to his rib injury. 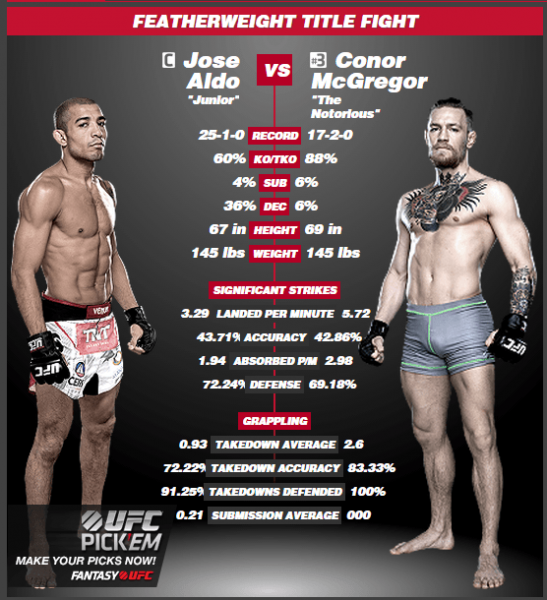 Now that McGregor has gotten lots of attention for this big ppv, the easiest part of his job is over. The talk is all but done, and now “The Notorious” must walk the walk. All his trash talking will be worthless if he leaves the Octagon a loser, which is a real possibility. Mendes is no joke and many feel like the grappler could cause McGregor some real problems if he is able to take him to the mat consistently. Mendes has the most takedowns in UFC / WEC history as a featherweight, so by real problems I mean Mendes could neutralize the striking ability of McGregor with a ground and pound assault that could leave one Conor McGregor speechless after the fight. Sounds absurd I know, but I will assure you the brash one will not have much to say if he walks out of the ring defeated. No trash talk can refute the ultimate comeback….scoreboard. Words can’t hide a loss, especially in a one on one competition.

The beauty of the hype game is that McGregor looks like a trash talking Nostradamus if he wins in the fashion he predicts. He has even offered to bet UFC Prez Dana White $3.5 million that he finishes Mendes by the end of round two. Dude knows how to stir the pot, even just days before the big fight.

There is no downside to McGregor’s hype game. If he loses then people may clown him for a couple of days for not backing up his big mouth, but it will be soon forgotten. It’s much more exciting for fans to see a trash talker back up his mouth when it counts. For ages sports writers and talking heads have swooned over the athletes who made bold predictions and actually made them happen.

Ali calling the round in which he would dispose of opponents, Babe Ruth mythically pointing to left field before belting a homer, and of course “Silly” Joe Namath guaranteeing a Super Bowl III win are a few examples. We love to recount these predictions when they actually materialize, but how many athletes have fallen after speaking volumes about the victories they are about to wrap up? The failed predictions and over hyped athletes just vanish from our minds. The talk isn’t worth remembering if the walk doesn’t measure up. 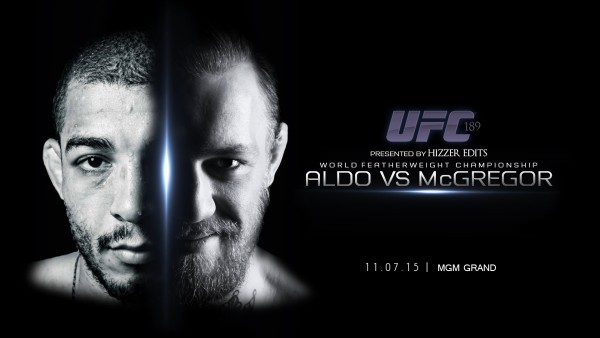 Make no mistake, Conor McGregor is a dangerous fighter whose MMA skills are better than even his carnival barker abilities. Dude could demolish Mendes just like he is predicting. McGregor has embarrassed many a fighter and seems to be on another level when it comes to his quickness. If he has a let down due to the fact he won’t be in the Octagon with the real Featherweight Champ, then he could very well get handed some humility by Chad Mendes.

I have to admit that McGregor has me hooked due to his hype, even with Aldo being out of the mix. The UFC benefits if McGregor wins since he can get hardcore fans and casual sport’s fans excited about his ppvs. A loss for McGregor won’t end his career of course but it hurts his credibility. It doesn’t take long for fans to stop listening to trash talkers that don’t deliver. You can take a look at the end of Chael Sonnen’s career to see that play out. Sonnen got several big fights due to his ability to stir up controversy and get people to hit the “buy” button on their remote controls. Once he got destroyed by Jon Jones, a fight he didn’t deserve, interest quickly faded.

UFC 189 will be a success financially. McGregor has made that a certainty. It’s on him to be successful in his quest to be a champion. This fighter knows how to use words to his advantage, but that will be of no help once they lock he and Mendes in a cage on Saturday night. By the way, the co-main event featuring Robbie Lawler and Rory MacDonald could end up being the fight of the night even though this Welterweight Title fight has been overshadowed by the Conor McGregor circus.