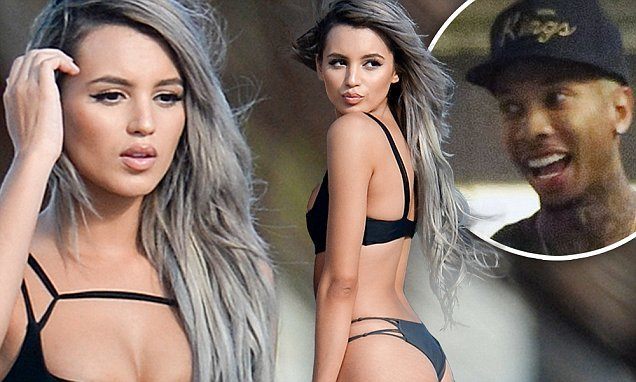 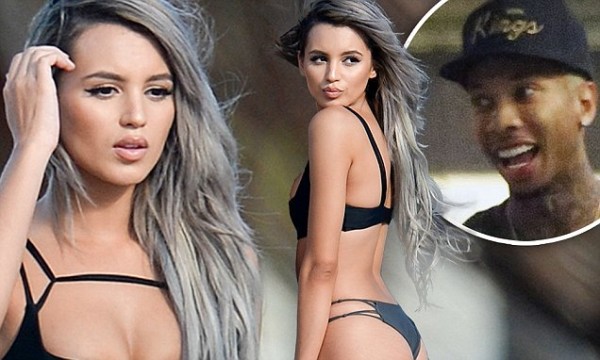 While recent pictures of Tyga strolling around town with Kylie Jenner didn’t seem out of the ordinary at first, when fans took a second glance they realized the girl was in fact not Ms. Jenner and another young lady who bears a striking resemblance to Kylie.

On Thursday, Tyga was seen strolling around a Beverly Hills shopping center with aspiring model Val Mercado. Very similar to Kylie’s typical fashion, Val was seen with an ash-blonde do, as well as a white shirt and leggings set with sneakers and a tan sweater tied around her waist.

Unsurprisingly, this has sparked ample rumors that Kylie and Tyga have decided to end things for good. Perhaps coincidentally, Kylie and Tyga have not been seen together nearly as much as they were back in 2015. While they did spend time together during the holiday break, they have since been off doing their own thing in the New Year.

Not too long ago, media sources claim that Val was right at Tyga’s side when he was performing a show in Paris. Although the two strayed away from posting any pictures to social media of them together, they did happen to share images of themselves in front of the Eiffel Tower around the same time – Leaving us to speculate that they were most likely hanging out while overseas. 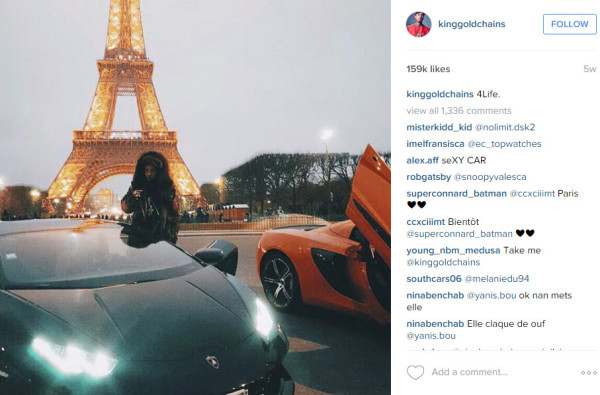 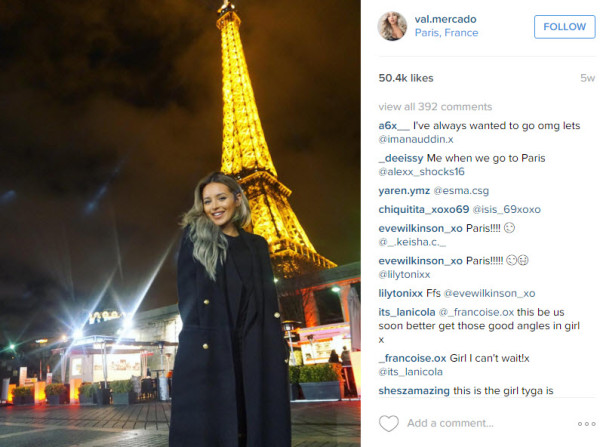 In the meantime, Kylie has been keeping herself busy. While Tyga and Val were venturing around Beverly Hills on Thursday, Kylie was out on the town with her best friend, Jordan. In addition, Kylie continues to expand her recent lipstick line, Kylie’s Lip kits. 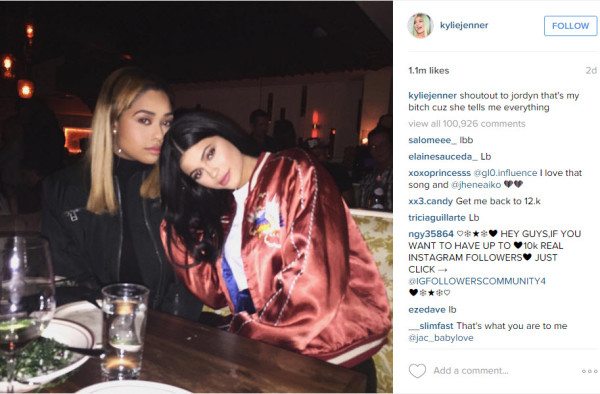 Real Housewives of New York star Bethenny Frankel is certainly no stranger to criticism, as her outspoken ways frequently get her into trouble. However, it may be the first time that she has been titled “racist” by fans and followers – which occurred after she made a controversial remark on her Twitter page. 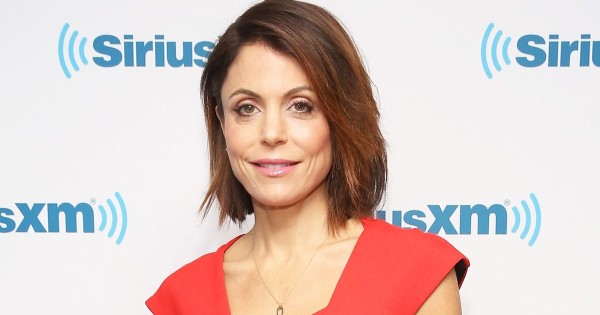 On Friday, the Housewife and Skinnygirl founder took to her social media page to express the frustration she felt after an incident at Kmart. In her post, she complained about the language barrier she encountered with the employees of the superstore. Bethenny stated, “Wow [Kmart] has 2 registers open [with] 5 other employees standing around [and] two speaking no English whatsoever. Shoes are sapatos right?”

Not even attempting kids' snow boots in spanish.

She went on to post, “Not even attempting kids’ snow boots in Spanish.” Evidently, the mother of 5-year-old Bryn Hoppy was unable to obtain the item she was hoping to get while visiting the retail giant.

Unfortunately (but unsurprisingly), this unleashed a wrath of angry followers who repeatedly called the star “racist” for her comments. One user posted, “Wow Bethenny never took you as a racist, guess [you are] voting Trump.” Another said, “You know people are allowed to speak any language in this country, right? There is no official language. Racist as hell.”

@Bethenny @Kmart wow bethenny never took you as a racist, guess your are voting trump

@Bethenny @Kmart you know people are allowed to speak any language in this country, right? There is no official language. Racist as hell.

Despite being thoroughly trashed for her comments, Bethenny continued to stand by her opinion. The star, later on, went to joke, “Oh how I wish I was as good at starting fires in my fireplace as I am on Twitter. #wetwood.”

Oh how i wish i was as good at starting fires in my fireplace as I am on twitter. #wetwood

Guess we learned that no matter how much money Bethenny allegedly has, she likes a bargain like the rest of us.