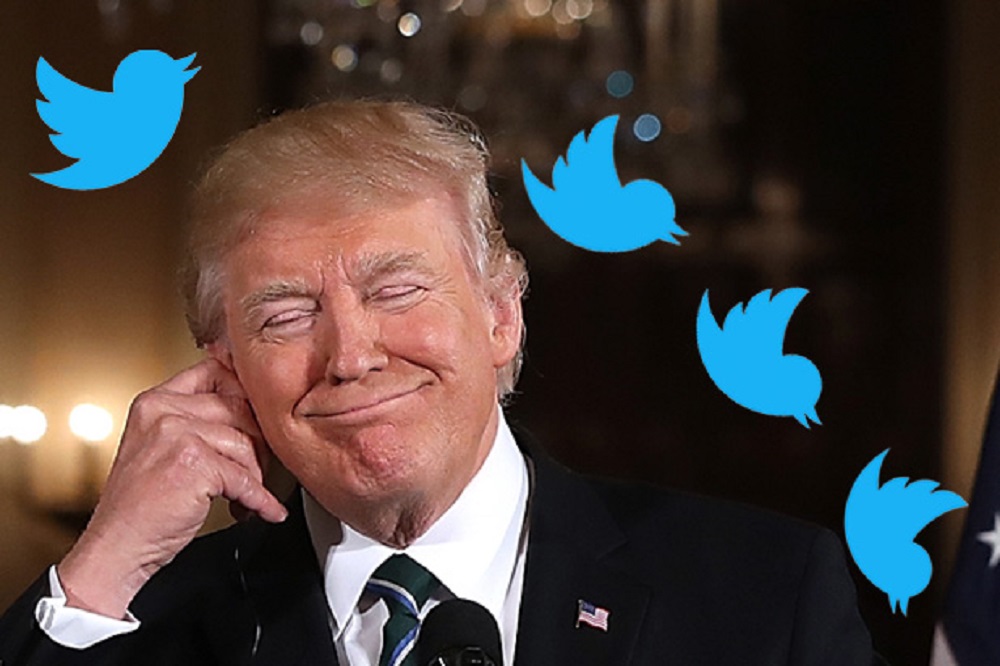 Talk about irony; Twitter has sued Donald Trump‘s administration after the Department of Homeland Security (DSH) attempted to unmask the identity of all users that had created an account critical of him. It was an anonymous account that was highly critical of Customs and Border Protection.

In an action filed in U.S. District Court in San Francisco, lawyers for Twitter disclosed a summons the social media company received last month from CBP and its parent agency, the Department of Homeland Security, demanding that the company turn over everything it knows about the anonymous account @ALT_uscis.

The summons, which was sent to Twitter on March 14, seeks user names, login records, phone numbers, physical addresses and IP addresses of anyone associated with the account, which tweets sharply critical comments about U.S. immigration policy and President Donald trump under the guise of disgruntled employees of U.S. Citizenship and Immigration Services.

We're glad Twitter is pushing back. We'll be going to court to defend this user's right to anonymous speech. https://t.co/tqj5XrNvgn

The American Civil Liberties Union said it, too, would be going to court “to defend this user’s right to anonymous speech.”

“We’re glad Twitter is pushing back,” the ACLU tweeted.

The CBP summons doesn’t state any reason for the demand — a key omission that is at the heart of Twitter’s response.

Twitter argued that CBP was obligated to demonstrate that some criminal or civil offense had been committed and that outing the account holders’ identities was the least restrictive way to advance the investigation.

In any event, the company’s lawyers wrote, “Permitting CBP to pierce the pseudonym of the @ALT_USCIS account would have a grave chilling effect on the speech of that account in particular and on the many other ‘alternative agency’ accounts that have been created to voice dissent to government policies.”

well now on CNN! and we gained 17000 followers in less than 30 minutes. Thank you CBP/Trump https://t.co/oojO8KgdWG

DHS Press Secretary Jenny Burke told NBC News: “As a matter of policy, we do not comment on pending litigation.”

Nicholas Pacilio, a spokesman for Twitter, likewise said: “We’re not providing comment beyond what’s in the filing.”

@ALT_uscis, itself, however, had plenty to say. It tweeted out the First Amendment to the U.S. Constitution:

Then it drew a comparison between CBP’s investigation of it and the “unmasking” of people referred to intelligence reports on alleged Russian hacking:

And it added this joke:

This is one way to get verified..

The lawsuit is just the latest chapter in a contentious relationship between President Trump and Twitter. As a candidate, and continuing during his first few weeks in office, Trump has often used Twitter to circumvent traditional media organizations and reach an audience of millions.

However, Twitter and its executives have also been highly critical of the Trump administration, and particularly its ill-fated travel ban that targeted visitors and immigrants from seven Muslim-majority countries. And during the campaign, Twitter reportedly nixed plans for an ad campaign for then-candidate Trump at the last minute over plans to use a “crooked Hillary” emoji — a decision that campaign insiders called politically motivated, and that may have been a reason why Twitter’s executives didn’t get invited to a round-table with tech CEOs in December.