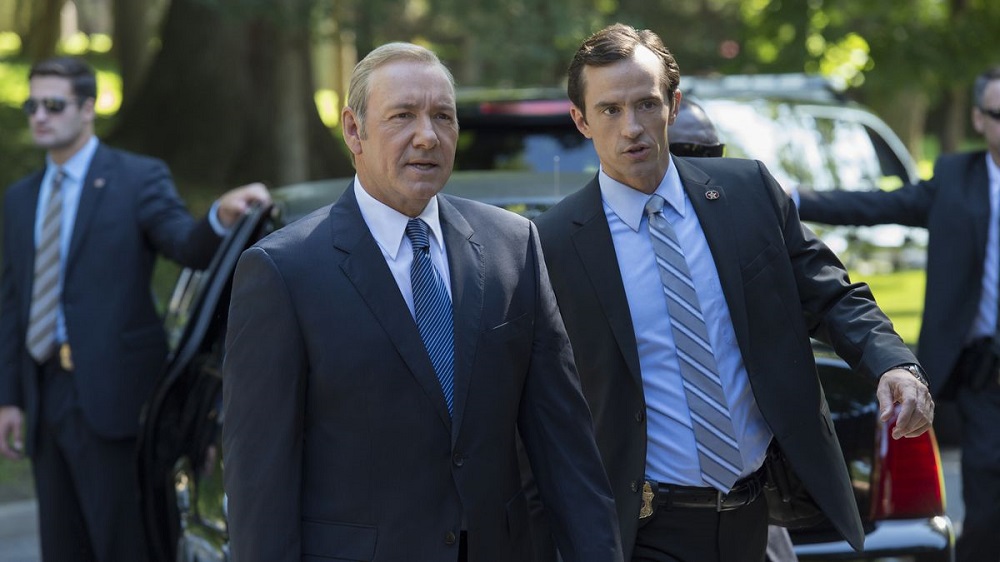 Like to have your name mentioned in a suicide note from a guy who just tried to whack the President of the United States like on House of Cards?

Neither does Doug Stamper.

Lucas left a lot of details behind that the press will be anxious to see. And there’s no way to hide the letter since it’s been logged into evidence.

Not to mention his boss is going to die if he doesn’t get a liver transplant asap. Like in the next few days.

Have some spare body parts lying around for events like an assassination attempt. That means having spare humans somewhere who match your blood type…more work for people like Doug.

Donald is scared shitless about talking to Petrov on the phone, so Claire is going to help on a chat line in case he struggles.

Remy is seen in Florida visiting his mom and dad as gas lines grow with prices at $6.38 per gallon.

Petrov tries to bully Donald of course but gets put in his place when the VP tells him the Prez may die. Wow!

Doug about leaps over the desk at this. Claire told him to say it of course. It was the only way the Russian Nightmare was going to show the VP any semblance of respect though since he now had no choice but deal with Donald.

Tom Hammerschmidt, former news editor, is visited by the Secret Service about Lucas Goodwin. He hands over his notes from Lucas’ allegations, while Kate Baldwin is on Seth about the delays concerning info on the assassination attempt. 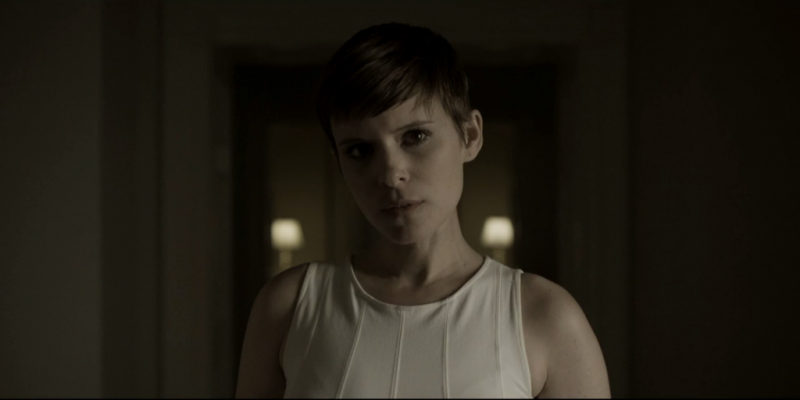 As Frank keeps hallucinating, we see Doug incredulous over the fact that POTUS is number three on the transplant list. Can’t believe the Prez is below the peons of America when it comes to getting a life-saving liver.

Doug is going to get to relieve some of that stress on Seth, whom he has discovered as the leaker of the civil war re-enactment picture.

Seth is told he is to resign on the next day. The Attorney General is stepping down first.

Great scene between Claire and Donald. The closest thing to sex he is going to get with her. She has him wrapped around her finger, and the guy nearly takes a drag on her cigarette after quitting the habit for over ten years. Donald would do a line of cocaine if Claire offered it up.

She really opened up to the VP. Told him she felt nothing for her sick mother or Frank for that matter. Should have been an eye opener for the man, but it only gave him more hope of getting with the First Lady.

Not gonna happen my man.

Her openness with him also led the VP to tell her that he trusted her with his life! He’s really playing with fire now.

It wasn’t going to be long before Remy was put back in the game. Leann brought him back with the photos of he and Jackie. Now he’s being used to get Raymond Tusk to help with the Chinese in dealing with Russia on the energy crisis.

How Seth remained alive this episode I have no idea. After being outed as a traitor, he then barges in on Doug’s meeting with the Secretary of State. He then worms his way into staying on with Team Underwood.

Dunbar is in deep trouble with her friend, the AG, being offered a chance to keep her job if she rats on Dunbar. She does so after being backed into a corner by Doug.

Why do these other characters lose to Frank and his closest allies all the time? Because these people try to play by the rules. And they fail to use leverage when it’s available to them. 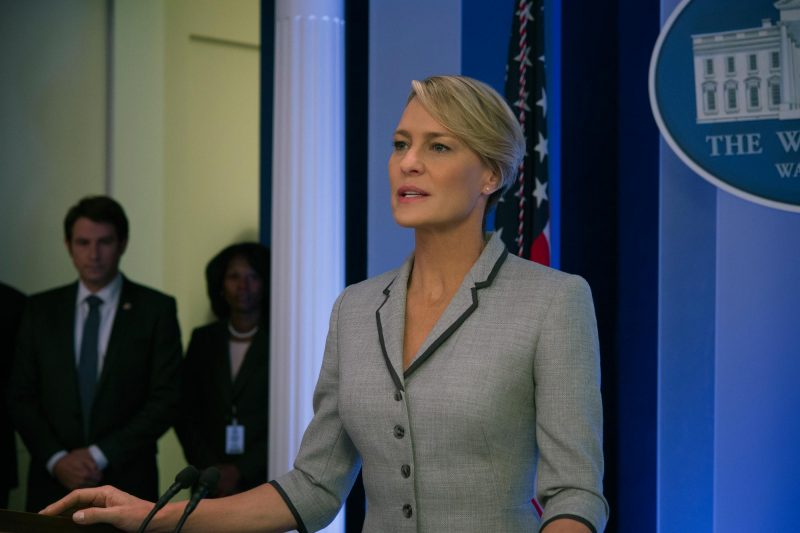 Claire and Doug agree to get out in front of the media concerning the suicide letter from Lucas. She tearfully tells the press about Frank’s dark outlook. She then asks the press to not sensationalize the headlines because of this troubled man, Lucas Goodwin. Calling him a good person who just snapped at some point.

Seth got what he had coming for his lack of loyalty. Doug turned a simple request for a glass of water into a smothering scene. He tells Seth as he has him pinned on the floor, “If I can’t have your loyalty, I will have your obedience!”

“You’re fucked up man!” was Seth’s reply once he was allowed to get off his back. Good diagnosis Seth.

Tom Hammerschmidt can’t let the story go after seeing the headlines the next day about Dunbar not commenting on her connection to Lucas Goodwin.

The battle between Claire and Doug keeps building as Doug is upset at Remy and Tusk back in the mix. Would love to see Doug and the First Lady in a knife fight.

Tusk and Remy give their plan to the acting President; then we see Jackie and Remy hook up for the first time in a while. She is still in the dark about the photos of them. 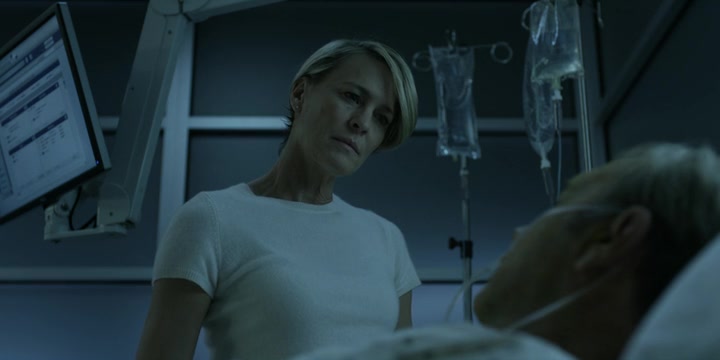 You had to know it was a matter of time before Doug offered up part of his liver to his boss Frank. Two issues. His liver is pickled from years of alcohol abuse. And the President needs a whole liver, not parts the size of catfish bait.

I was waiting for Doug to go John Q. and kill himself right in the hospital hallway so his liver would have to be used.

Instead, Doug will have to find another way to keep his favorite person in the world alive.

Lots of options available to a man willing to do anything. We’ll see what he comes up with in Chapter 45.

A Few Observations from House of Cards: