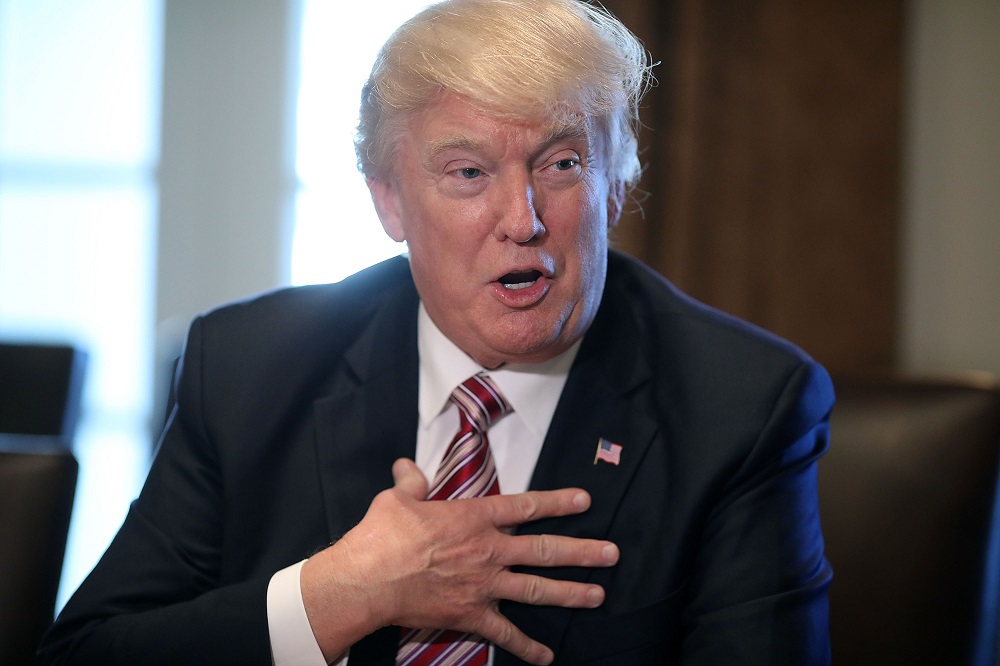 Republicans had seven years of complaining about Obamacare before being tasked to put their money where their mouths were. When Donald Trump was campaigning, he repeatedly said that Obamacare would be “repealed and replaced” on Day 1 if he was elected president.

Well, the day came, and the White House learned that just because you are the majority party, it doesn’t mean that anything and everything will get passed. Especially something that could hurt Americans.

One of the biggest changes made to the TrumpCare on Thursday was taking away the mandatory essential elements provided in Obamacare. This was the part the require insurers to cover “essential benefits,” including outpatient care, emergency services, hospitalization, pregnancy, maternity and newborn care, mental health and substance abuse treatment, prescription drugs, rehabilitation, laboratory and diagnostic tests, preventive and wellness services, and pediatric care, including dental and vision services for kids. The benefits are considered especially important for women, since birth control and other routine services are now covered as preventive care, at no charge.

Basically, this was all the main components of insurance. If this was gutted, it would have become a ‘race to the bottoms’ for insurers to create the most basic of insurance plans and then add each element with a high cost.

For some reason Trump was enforcing a vote on the bill even though it was showing that only 17% of Americans supported it. Republicans were frantically running to House Speaker Paul Ryan asking him to just pull the bill as it was obvious it had turned into a sinking ship. If they were forced to vote ‘yes’ on a bill that either failed or was pulled, they knew this would become an election ad in 2018 by Democrats. It actually still can for those that tole media outlets how they were behind it and how it would be great for their voters.

Donald Trump taped a message and took a handful of questions after the bill was pulled marking yet another fail for him. His message was very doom and gloom for Obamacare. In the Oval Office where we have a history of presidents trying to deliver hope and encouragement for Americans, Trump chose to push a dark message instead.

He stood behind Paul Ryan and chose to blame Democrats for the bill failing. He threw in his ‘facts,’ by attempting to rewrite history claiming that he never said he would repeal and replace Obamacare in his first 64 days in office. He actually said it would be done on Day 1, so he’s technically right in what he said.

There is a catch though. In February, Trump did a very quiet stealthy move with the IRS. He let the agency know to inform tax preparers and software firms that it won’t be automatically rejecting tax returns that don’t state if the filer had health insurance. This was a direct response to his Jan. 20 executive order requiring federal agencies to “minimize…the economic and regulatory burdens of the Act.”

The ACA requires individuals to carry health insurance or pay a penalty of as much as $695 per adult and $347.50 per child under 18. Line 61 of IRS Form 1040 requires taxpayers either to check a box certifying that family members had coverage during the year, or to enter their penalty, which is calculated on a separate form.

Starting this year, the IRS was planning to reject returns automatically that left line 61 blank, known in agency parlance as “silent” returns. That would give taxpayers an early warning — for electronic filers, an almost instant warning — that they might be in violation of the individual mandate.

But early in February, the agency told tax-preparation firms that it was reversing the rule and would continue to accept returns that were blank on line 61. The agency didn’t announce its policy to the general public, but word spread rapidly in the tax-preparation community. Drake Software, which produces tax preparation software for accountants, posted a notice of the rule change on Feb. 9 and updated its program to allow for e-filing of client returns without filling in line 61.

This puts a big hurt on Obamacare because it required people to get insurance or pay a $90 fee if they didn’t. This actually was something helped to keep deductibles low and killing it will make them rise. Trump knows this, and by quietly adding this, he’ll appear to look like he knows of what he speaks. It’s like draining someone’s bank account and then telling them they’ll be needing money very soon.

What is sad is that we can expect Trump and his White House to continue doing things that will only help turn Obamacare into the “death spiral” they keep calling it. Just another first for this president who’s going down in history for all the wrong things. 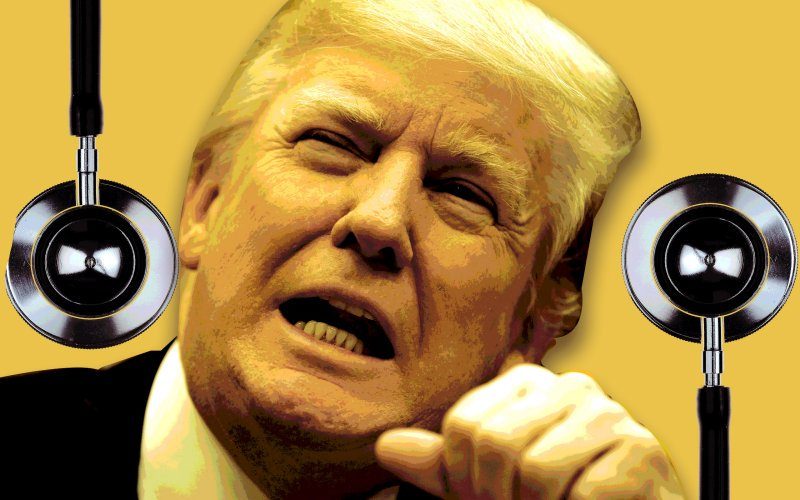 In a humiliating setback, President Donald Trump and GOP leaders pulled their “Obamacare” repeal bill off the House floor Friday after it became clear the measure would fail badly.

It was a stunning defeat for the new president after he had demanded House Republicans vote on the legislation Friday, threatening to leave “Obamacare” in place and move on to other issues if the vote failed. The bill was withdrawn minutes before the vote was to occur.

The president’s gamble failed. Instead Trump, who campaigned as a master deal-maker and claimed that he alone could fix the nation’s health care system, saw his ultimatum rejected by Republican lawmakers who made clear they answer to their own voters, not to the president.

Republicans have spent seven years campaigning against former President Barack Obama‘s health care law, and cast dozens of votes to repeal it in full or in part. But when they finally got the chance to pass a repeal bill that actually had a chance to get signed, they couldn’t pull it off.

What happens next is unclear, but the path ahead on other priorities, such as overhauling the tax code, can only grow more daunting.

And Trump is certain to be weakened politically, a big early congressional defeat adding to the continuing inquiries into his presidential campaign’s Russia connections and his unfounded wiretapping allegations against Obama.

The development came on the afternoon of a day when the bill, which had been delayed a day earlier, was supposed to come to a vote, come what may. But instead of picking up support as Friday wore on, the bill went the other direction, with some key lawmakers coming out in opposition.

The defections raised the possibility that the bill would not only lose on the floor, but lose big.

In the face of that evidence, and despite insistences from White House officials and Ryan that Friday was the day to vote, leadership pulled back from the brink.

The GOP bill would have eliminated the Obama statute’s unpopular fines on people who do not obtain coverage and would also have removed the often-generous subsidies for those who purchase insurance.

Republican tax credits would have been based on age, not income like Obama’s, and the tax boosts Obama imposed on higher-earning people and health care companies would have been repealed. The bill would have ended Obama’s Medicaid expansion and trimmed future federal financing for the federal-state program, letting states impose work requirements on some of the 70 million beneficiaries.

The nonpartisan Congressional Budget Office said the Republican bill would have resulted in 24 million additional uninsured people in a decade and lead to higher out-of-pocket medical costs for many lower-income and people just shy of age 65 when they would become eligible for Medicare. The bill would have blocked federal payments for a year to Planned Parenthood.

Democrats were uniformly opposed. “This bill is pure greed, and real people will suffer and die from it,” said Rep. Pramila Jayapal of Washington state.