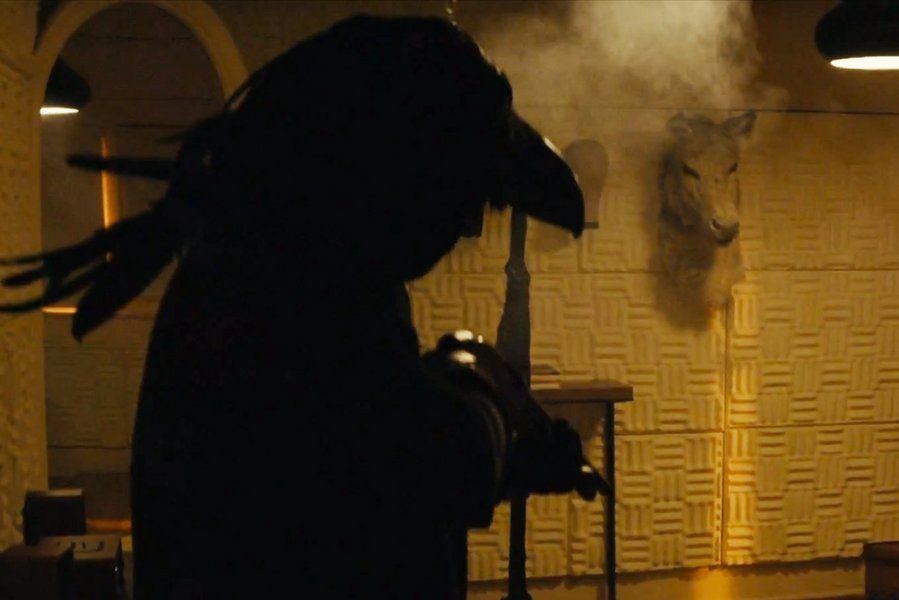 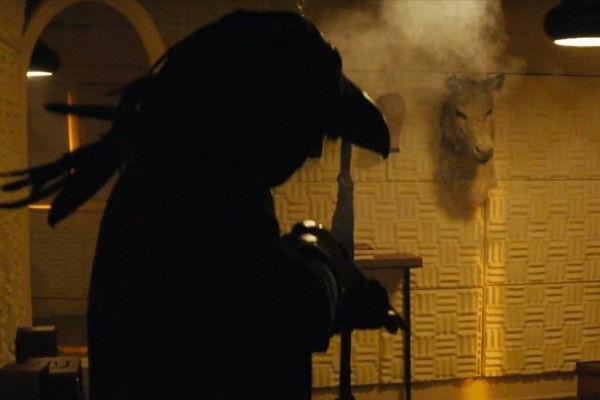 I don’t know if it was night that found Detective Ray Velcoro, but a weirdo with a mask and a scattergun sure did! What a short run for Colin Farrell. Two episodes in and it’s lights out for what should have been a major character in this season’s rendition of True Detective. We’ve not seen the last of Velcoro however. Don’t get your hopes up, Farrell fans. Dude is definitely dead. But there will be plenty more flashbacks like the one we saw last week with a younger version of the detective.

This episode was much better than the setup that was episode one. We got more information about each character this week and in addition we saw the moves they were making. The opening scene saw Frank lying in bed with his wife talking about his rough childhood, The story he told of his drunken father locking him in a dark basement was chilling to say the least. This man rose up from horrid conditions to be in a position of power and it was full on creepy to hear him say “What if I’m still in that basement? The dark? What if I died there?” What a dark dark thought! This is a troubled man.

We learned a bit more about the death of Casper. It was more brutal than we thought and by the way he had Gonorrhea. Let’s be honest. No one cares about this murder. It’s the dirty deals and people connected to Casper that make this mystery worth caring about. 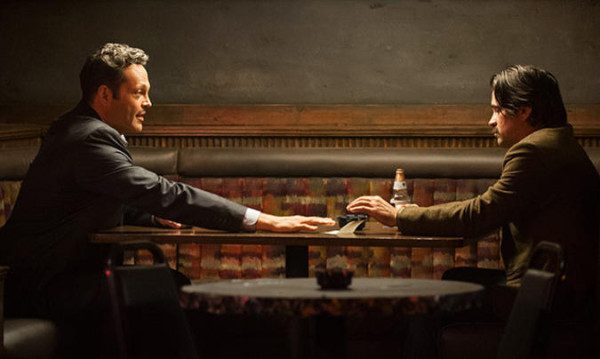 Velcoro is told by his superiors to control the information flow when he wisely asks if they even want this case solved. That’s a good question to ask in case you ever find yourself as a dirty cop investigating a crime that could implicate your connections.

Motorcycle enthusiast Paul Woodrugh visits his mom and an uncomfortable visit it was. She keeps telling him he can have “his old room.” I don’t know what went on in his old room and I hope it never gets revealed.

I loved the back and forth between Velcoro and Ani Bezzerides as they share a ride. Velcoro would love to bed her obviously and her e-cigarette is driving him crazy. I was looking forward to more of these two together, but clearly that is now over. The next time they are together Ani will be staring down at Velcoro being pulled out of an icey drawer.

I hate to see a decent gangster down on his luck and that is just the case with Frank Semyon. He has gone all in on this rail deal and has basically lost his life savings since Casper died with the money in his possession. So Frank is broke but thinks he can get it all back. I hope he does, however it took him half a lifetime to stack all that cash. Getting it back quickly is easier said than done. I do think I am going to enjoy watching Vince Vaughn play a desperate criminal though. That look suits my boy much better than the high society criminal we saw in episode one.

We know Ali loves her knives and we find out the theory as she laid it out to Velcoro before his untimely demise. She knows she can be overpowered by the opposite sex and plans to bleed the fool who makes the mistake of laying hands on her. She and Paul are the only ones who even remotely want to find Casper’s killer.

I loved the courage that Velcoro’s ex-wife showed when she told him face to face that she is going to force supervised visits on the hot headed detective. This was a bad decision to tell him in person, but she kept her ex in check by telling him she would have a paternity test done. Clearly Velcoro is not the boy’s real father. She also mentions the fact that he killed her rapist, a tidbit that could be used against him as well. She insults her former soulmate by saying “You’re a bad person Ray,” which truly is the worst thing you can say about a person. Simple and to the point, and he knows it’s true by the way.

We see how Frank plans on getting back some fast money as he has his goons beat down another criminal as a threat. Frank is much more a fit for this criminal activity than the corporate type mega deals. It’s like Avon told Stringer Bell in ‘The Wire’, “You not hard enough for the gangster life, and maybe, just maybe you not smart enough for the corporate business world out there.” This episode showed that Frank is plenty hard enough for the gangster world. It’s the corporate dealings that have left him broke and scrambling to get back on top. The upper level crooks don’t have any code at all as they squash guys like Frank as soon as he comes up short on money. 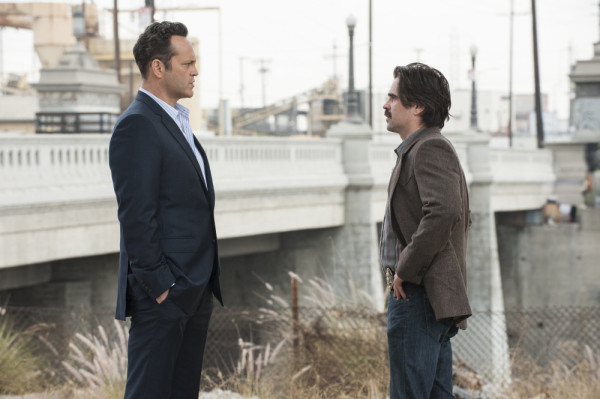 Frank and Ray’s last meeting was pretty depressing as Ray shows he is no longer even interested in money. He hints at suicide and leaves his pay on the table for the pretty but scarred waitress who had invited him to take a vacation with her. That was the last tip Detective Velcoro would ever leave. He went alone to check out Casper’s second home only to be gunned down by the masked freak waiting on him. I have no idea why a cop would holster his gun after seeing something suspicious like he did inside the house. Ray was probably a bit drunk as usual so that may explain the poor decision making and slow reflexes. It made for a shocking ending to episode two though and it has the internet reeling at his death. Yes, once again, no way he survived that second blast. The shot was so definitive that I would not be shocked if the stunt double was actually killed while filming that scene!

I have no idea how valuable the upcoming flashbacks involving Ray will be. We already know he did regular dirty work for Frank and that he killed the POS that raped his wife. What more trips down memory lane will accomplish remains to be seen. If nothing else, the death of Colin Farrell got many fans worked up after a somewhat disappointing debut episode in the eyes of many fans. I am definitely in a hurry to get to episode three myself. See ya next week and beware of folks in bird masks.