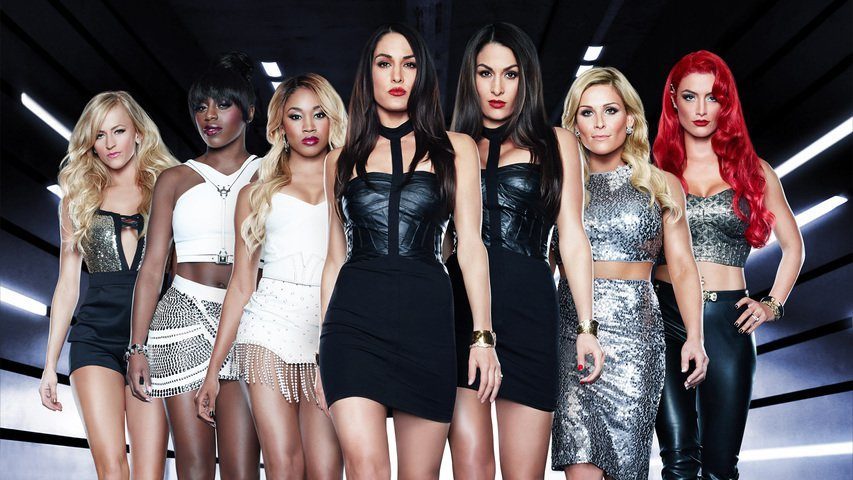 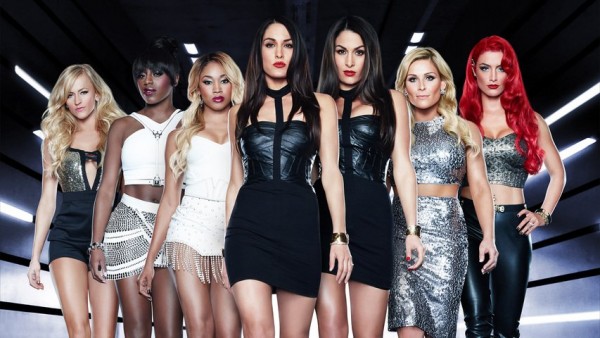 On this week’s episode of “Total Divas,” Natalya invited Alicia Fox out for a facial. Nikki said Brie was going to be recording herself singing her own entrance music. Paige was shown filming a WWE Christmas movie. Her boyfriend came to visit her on the set. Brie went to record her entrance theme and they found out she can’t sing. Alicia said Natalya carries herself with elegance and security.

Paige and her boyfriend went out for a drink and a female fan came up to him and asked him for a picture and an autograph. Paige said the fan was being disrespectful to her and she hated that. Nikki said she is better than Brie at everything and that she is extremely competitive. Paige and Rosa Mendes met for drinks and they talked about Rosa’s new boyfriend as well as the fact that Paige doesn’t trust her boyfriend. Rosa confessed that her boyfriend told another woman he was engaged to Rosa and couldn’t see the other woman anymore.

Nikki went to record her entrance music and Renee Young went with her. She said now she understood why it took so long to record one song. Paige asked Rosa to test her boyfriend to see if Paige could trust him. Brie and Renee met for a glass of wine and Renee showed Brie a recording of Nikki trying to record their theme song.

Natalya showed up for a girl’s night and tried to dress and talk like a teenager so she wouldn’t feel like she is too old for the WWE. She srood on the bar and took a picture of herself. After that Naomi took her out of the bar and confronted her on her behavior. Natalya told Naomi she always felt like an ugly duckling.

A man outside the bar tried to chase the divas away and Tamina Snuka and she went after him, Natalya and Naomi had to hold Tamina back. Nikki and Brie filmed an ice hockey promo for a sports network. Nikki said she was a natural ice hockey player and was better than Brie. Nikki was allegedly asked to sing the National Anthem at the beginning of an Anaheim Ducks game.

Paige sent another woman to hit on her boyfriend to see if she could trust him. Her boyfriend didn’t respond to the woman hitting on him but got angry and went back to the hotel when he found out Paige set that up. Paige chased after him as he left the bar and they argued in the parking lot. Paige’s boyfriend said he needed to cool down, and then he went back to the hotel. When Paige got back to their hotel room she talked to her boyfriend. Paige said testing him was Rosa’s idea. He told Paige he just wanted her to trust him. Paige said she won’t trust Rosa anymore. Paige apologized and her boyfriend forgave her.

Nikki said Natalya is a veteran of WWE and that they need her. Nikki told Natalya she was at her best right now. Natalya said it was easy to feel like you weren’t young enough to wrestle in the WWE anymore.