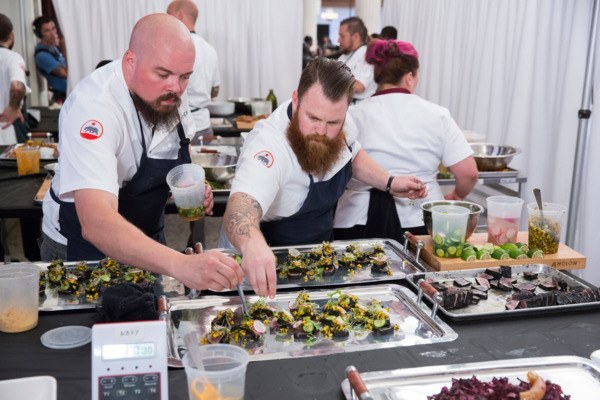 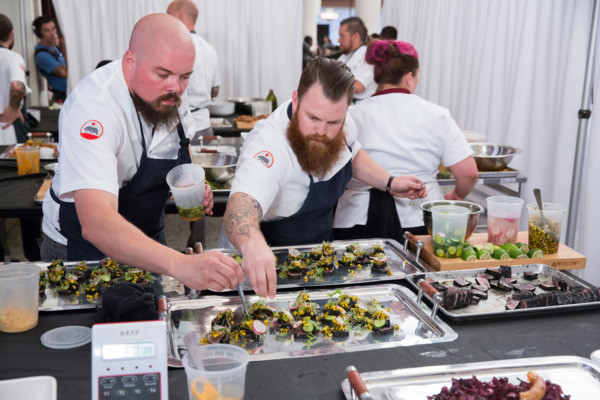 On this week’s episode of “Top Chef California,” Karen said she and Marjorie would be going to the end of the season. For this week’s quickfire challenge Padma told the chefs that they were being judged by a chef on Instagram who would only see photos of their dishes. The chefs could use nothing but snack foods to make their dish and Instagram users got to choose the winner. Karen said she wanted to make a puree that looked like her.

After they had made their dishes the chef from Instagram was revealed to them as Christine Flynn. She said Kwame’s was the most creative dish she had seen from the chefs in this challenge. Then Padma told the chefs the pictures of their dishes would be uploaded to Instagram and they would find out the next day who won the quickfire challenge.

Padma introduced chef Neal Frasier to the contestants. Philip said that he had worked for Frasier. Padma announced that the chefs had to split into teams and create a seafood dish, meat dish and two sides. Neal told them plates, forks and napkins aren’t allowed at the beefsteak event where they will be serving their dishes. For Phillip, this is the challenge of his dreams. “This is not a cooking challenge, this is a plating challenge,” he enthuses earnestly. “Plating is so important! You eat with your eyes before you eat with your mouth!” Point. Isaac, however, would like to offer a counterpoint: “People who say they eat with their eyes first should be stabbed with a pork-chop bone.”

The day of the beefsteak dinner Philip said he was making rack of lamb and if the judges didn’t like it they could send him home. Tom said micro greens never should have been included in the event. Tom  said Chad’s dish was too dainty. Isaac said the challenge was tricky and it seemed like they all did a bad job. Kwame said he didn’t think his team would be on the bottom so he wasn’t worried about it.