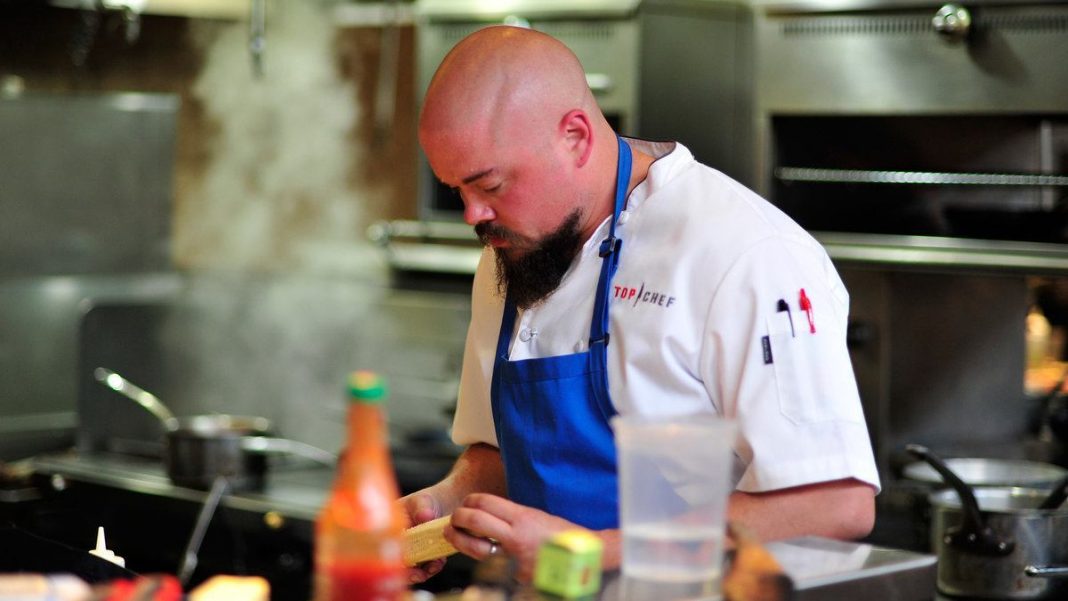 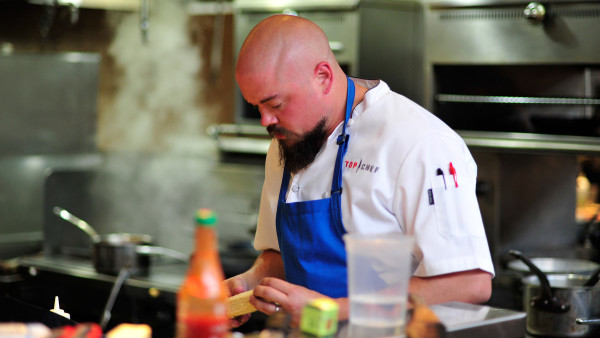 On this week’s episode of “Top Chef California,” the chefs celebrated a good well done in regards to last week’s wedding catering. Kwame told Philip that if he didn’t like that the chefs criticized his dish, he wouldn’t make it on the show.

The chefs went to San Diego and met their guest judge, Javier, for the quickfire challenge. Padma told the chefs they had to make a fish taco in twenty minutes. Wesley said the lobster on his cooking station was snatched, so he took one from Marjororie. Angelina realized at the end of the challenge that she forgot to plate her dish. Karen, Chad and Kwame’s tacos were praised by Javier. He then announced Chad had won the challenge. Padma told Angelina she was up for being voted out, but she could pick one chef to go against. She chose Wesley, hoping she could beat him and stay in the game.

Wesley and Angelina had to use the ingredients Javier uses to make a Caesar Salad. Wesley made fried eggs with anchovy and Angelina made a crostini with garlic and olive oil. Javier said Wesley’s dish was simple and that he liked the idea of her crostini. Javier declared Wesley the winner of the cook off, eliminating Angelina from the game.

The judges gave each chef a beer before the elimination challenge. Each chef had to create a dish using the essence of the beer they’d been given. After shopping for ingredients the chefs went to their hotel in San Diego. Emeril LaGasse came in to visit them and gave them wine. The next day they went to Richard Blais’s restaurant to prepare their dishes. After each chef presented their dish the judges discussed what they liked and disliked. Emeril said Kwame’s dish was great. Jason’s dish was weird in the minds of the judges. Richard said Wesley’s dish wasn’t refined enough.

Amar, Karen and Kwame made the judge’s favorite dishes. Tom said Amar’s dish was assertive in a good way. Emeril announced that Karen had won the elimination challenge for this week. Jason, Isaac and Wesley made the judge’s least favorite dishes. Emeril said Isaac’s soup was too thick. Wesley had overcooked his lamb and Emeril questioned him about it. Richard said Jason had made the strangest dish he’d ever seen, and Tom said it was slimy. Padma announced that Wesley was being sent home this week. He said the pressure of being at Richard’s restaurant got to him.