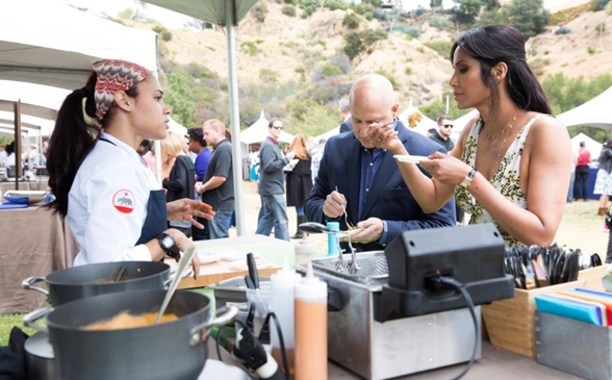 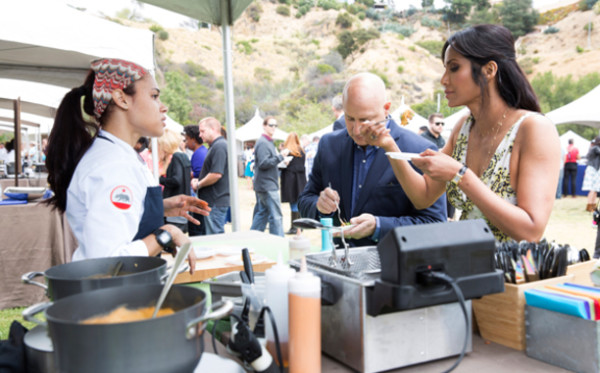 On the season premiere of “Top Chef California,” the new contestants were introduced. Padma explained the chefs would cook in many cities in California. She asked who was an Executive Chef, and most of them raised their hand. Frances is the only sous chef in this season’s competition. Renee said she tries not to have emotions in the kitchen. Padma then asked who was a James Beard nominee, and one chef responded.

For the first quickfire challenge, each chef had to pick an ingredient and quickly prepare it. Wesley said he worked at Richard Blaise’s restaurant, and Wesley was told his food was better. Marjorie said she used to work for Mike Isabella, and that made her feel like she had to win the competition. All nine chefs qualified to move onto the next round. They were split into three groups of three (red, blue and green) and each group had to cook a dish using one of the ingredients one of them prepared. They could only work on the dish one chef at a time and were not permitted to see what their teammates were doing to the dish. The winning team would get immunity in this week’s elimination. The blue team won the immunity.

Padma announced the elimination challenge involved cooking for 200 guests and each chef just had to make a dish that would make them stand out. Local food critics would judge each chef’s dishes, and the Top Chef judges would take their feedback into consideration. The chefs were then sent to Whole Foods to shop for their ingredients.

Back at the Top Chef kitchen each chef had an hour and a half to prepare their dishes for the next day. Wesley made a mess and commented that everyone he works with knows he is a messy cook. Carl said he had been a longtime fan of Emeril Lagasse, who was judging their dishes.

The chefs were then taken to the loft they would be staying in for the duration of the season. Frances and Renee decided to room together and then Renne found out she looks just like Frances’s wife.

The next day the chefs showed up to set up for the elimination challenge. Each chef had their own stand telling what city and state they live in. Garrett said he hoped Marjorie had more chops than Mike Isabella does and that Mike cooks sub-par Italian food. The Top Chef judges and food critics sampled each chef’s dish and asked them to explain it.

At the Top Chef kitchen, all the chefs were called to the judge’s table that night. Tom said overall everyone did very well with their dishes. Amar, Jeremy, and Carl made the judge’s favorite dishes at the elimination challenge. The judges critiqued all three chefs’ dishes and declared Jeremy’s to be their favorite of the three. Angelina, Garret, and Grayson had the judge’s least favorite dishes and were the three the food critics put on the bottom. After giving each chef feedback, Padma announced that Garret was going home this week.

The next morning the remaining chefs were told to go to the roof of their building. When they did, they found Padma telling them about next week’s elimination challenge, which is to open pop-up food stands in a few different cities in one day.