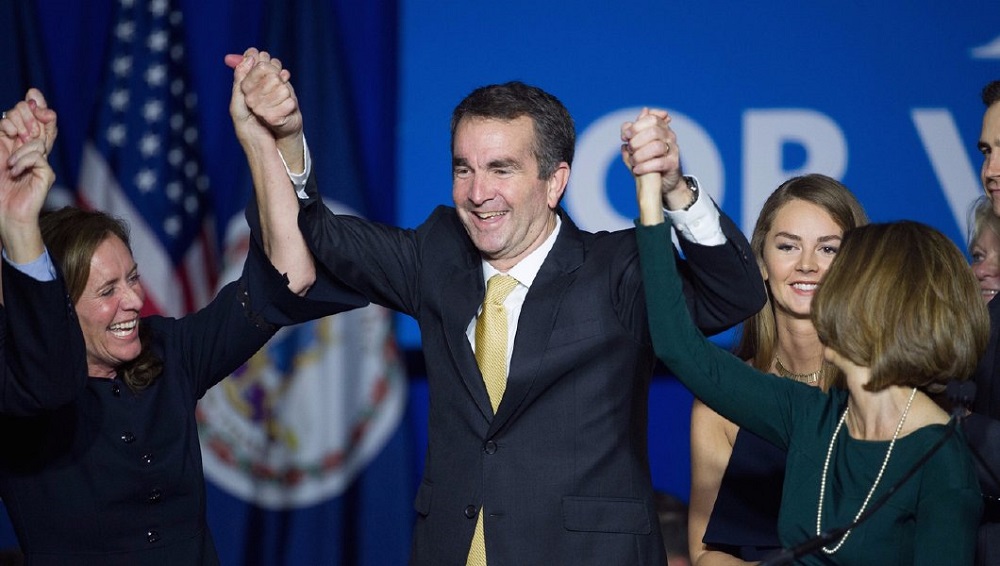 Many people in America sighed a huge relief Tuesday night realizing that there was hope again as Democrats won races they weren’t expected to.

For people that woke up on this day in 2016 with a knot in their stomach, you can feel it loosening up slightly today, but we can only hope that the Democrats learn some much-needed lessons for 2018. If they want to continue this march forward to get the bully in the White House out in 2020 (or before), they need to truly be more inclusive when they are recruiting candidates.

Just because some candidates might not all share one-hundred percent Democratic views, shouldn’t make them viable choices. It’s a big country, and if you want to win, you have to be more open to varying points of view while also retaining your own ideals. It wasn’t that long ago (although it seems like it) when Republicans and Democrats would work together and get things passed to make America great.

We can only hope that the short reign of Donald Trump will wind up uniting people who never would have come together before. It’s already beginning to happen with citizens coming together, so it’s not impossible for it to happen in Washington. 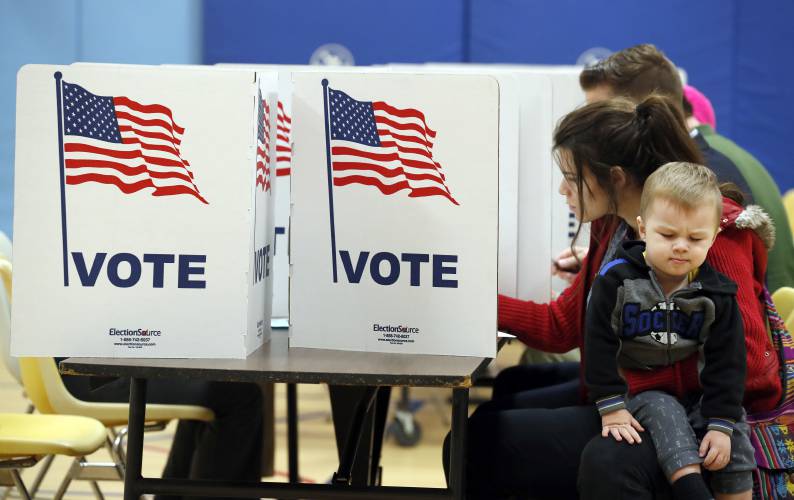 So, here’s are the 5 biggest highlights from Tuesday night.

In Virginia, Northam didn’t just beat Republican Ed Gillespie in the northern Virginia suburbs — he crushed him. Consider Loudoun County near Washington: Democrats won it by 5 points in the 2013 governor’s race, and 20 points on Tuesday.

Democrats were also within striking distance of flipping the 17 seats they needed to take the Virginia House of Delegates — giving the party much more influence on redistricting in 2020.

It all gives Democrats a huge psychological boost that could help their fundraising and candidate recruitment. It could also accelerate the pace of Republican retirements, as Republican Bob McDonnell’s win in the 2009 Virginia governor’s race did for Democrats. Already on Tuesday, New Jersey Republican Rep. Frank LoBiondo announced his retirement — creating another toss-up seat. There could soon be more.

Gillespie and Trump didn’t campaign together. But Gillespie tried just about every trick in Trump’s bag.

His television ads portrayed Northam as enabling the MS-13 gang by being soft on immigration enforcement. He picked up on Trump’s culture wars, hitting NFL players for kneeling during the National Anthem and promising to keep Virginia’s Confederate monuments up.

It was all an effort to convince Trump voters to turn out for a former lobbyist and George W. Bush aide.

Gillespie did well in rural Virginia. But the Democratic base that slumbered through 2016 turned out in full force, and the suburbs shifted dramatically in Northam’s favor.

“Virginia sent a strong message that Trump-style division — pitting people against people — that is not the Virginia way. That is not the American way,” Virginia Sen. Tim Kaine said at Northam’s victory party.

Trump tried to lay the blame solely at Gillespie’s feet, tweeting, “Ed Gillespie worked hard but did not embrace me or what I stand for. Don’t forget, Republicans won 4 out of 4 House seats, and with the economy doing record numbers, we will continue to win, even bigger than before!”

Ed Gillespie worked hard but did not embrace me or what I stand for. Don’t forget, Republicans won 4 out of 4 House seats, and with the economy doing record numbers, we will continue to win, even bigger than before!

Now, Republicans have to confront the possibility that they’ll face the same problem Democrats faced during the presidency of Barack Obama: His popularity doesn’t transfer to them.

Trump campaigned in Alabama for Sen. Luther Strange — who promptly lost a Republican primary to former judge Roy Moore. He recorded a robocall and tweeted for Gillespie, who was walloped in what both sides expected to be a close race. Trump voters turn out for Trump — but so far, no one else.

Beyond the governor’s race, Democrats won a decisive victory on the social and cultural issues that have dominated Virginia politics.

Democrat Danica Roem became the only openly transgender state lawmaker in America. She beat Bob Marshall, who had advocated for a bill restricting which bathrooms transgender people could use.

One of the biggest forces in the Virginia races was Planned Parenthood, which helped Democrats defeat a Republican lieutenant governor nominee, Jill Vogel, who as a state senator had pushed a bill requiring women seeking abortions to undergo vaginal ultrasounds.

And in the Virginia attorney general’s race, incumbent Democrat Mark Herring cruised despite Republican John Adams’ attacks on Herring’s decision not to defend the state’s same-sex marriage ban in court.

To be sure, Northam was hobbled by Gillespie’s MS-13 ad. He appeared to flip-flop at the last minute and said he opposed sanctuary cities — a decision that appeared to be out of desperation. In other states with less Democratic voters, his stumbles could have led to a loss.

But up and down the ticket, the GOP focus on social issues proved costly Tuesday in Virginia.

The Democratic Party lost about 1,000 state legislative seats during Obama’s presidency across the country — eight years in which Democratic strategists howled about the White House’s inattention to the party’s crumbling infrastructure and its down-ballot disasters.

Now out of office, Obama and Biden both focused on 2017 races. And it turned out the two made pretty effective Democratic surrogates.

Biden-endorsed candidates were on course for a clean sweep. And Obama’s rallies in New Jersey and Virginia, which drew thousands to hear his lectures that the party’s base had gotten “complacent” in non-presidential elections, appear to have energized the minority voters that Northam’s campaign had worried might stay at home. While the northern Virginia results will get the most national attention, Northam ran up his lead throughout Virginia’s entire urban crescent — stretching from the Washington suburbs through Norfolk.

Both Obama and Biden are showing an appetite to play surrogate roles in 2018. Biden has already waded into December’s Alabama Senate special election, and has done nothing to tamp down speculation that he might run for president in 2020. They’ll be the most sought-after Democratic surrogates over the next year.

The happiest person in Virginia might be Gov. Terry McAuliffe.

The long-time friend of the Clintons, fundraiser extraordinaire and former Democratic National Committee chairman wasn’t taken particularly seriously as a candidate himself — a principal, rather than a supporting player — when he ran for governor in 2013.

Swaggering onto the stage at Northam’s victory party to Mark Morrison’s “Return of the Mack,” McAuliffe cast the election results as Virginia’s rejection of discrimination. He touted his own administration’s efforts to protect LGBT workers, in a message that sounded 2020-ready.

A few weeks from leaving office, McAuliffe has made clear that he hasn’t run out of political ambition. He leaves Virginia as a popular Democrat with a strong economic record and a revitalized Democratic bench set to take office.