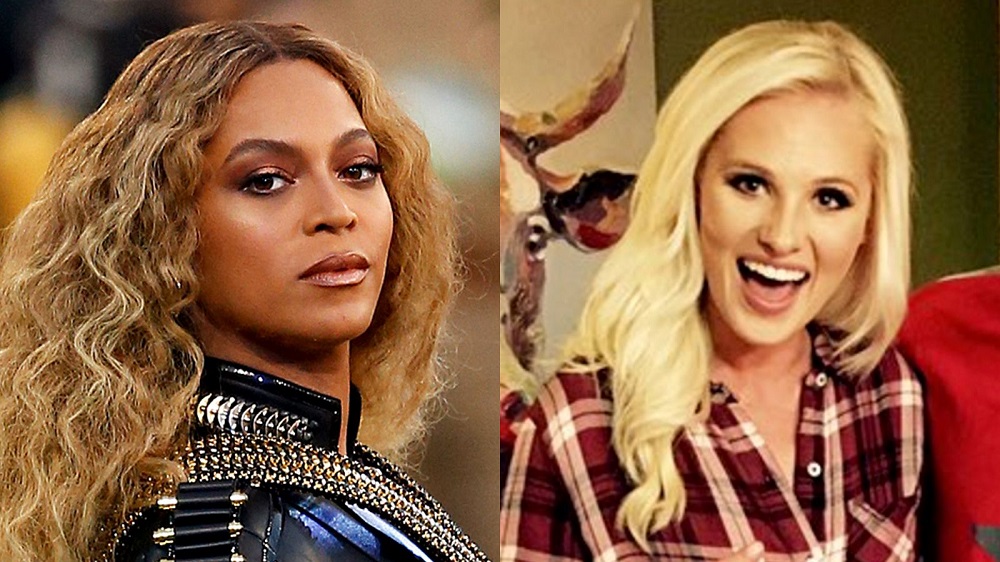 There is a narrative out in the world used as propaganda by the right winged conservative media that continues to paint a false picture of protesting black athletes and entertainers. Thanks to social media, Republican-leaning pundits can get their message out to the masses with the stroke of a keyboard.

In the midst of everything that is going on and how divided this country already is, why do white conservative talking heads feel the need to spew their hatred, bigotry, and elitist ideals into the atmosphere so vehemently and so wickedly as it pertains to the fight for racial equality? I am talking to you Tomi Lahren.

To call this woman a pundit is actually a stretch because, for the most part, the use of the term implies that she knows what she’s talking about. When I tell you that I am waiting for her light to dim and fizzle, I mean it with all earnestly. She was, is, and forever will be a joke and a fraud. She is one of the biggest race-baiters in the blogosphere.

Lahren has seemingly made it her goal to tear down every effort by black activists fighting on behalf of black and brown people for the purposes of equality, access, and advancement. My burning question in the face of her continued attack on black celebrities who refuse to remain quiet about the injustices suffered by people of color (POC) in America at the hands of those who represent America is, “Why so mad?”

Her most recent round of white supremacist ideology regurgitation came this week against Beyoncé. There is no doubt that I am a fan of the singer and consider her one of the greatest entertainers to have ever lived, but my adoration for the artist has nothing to do with the contents of this article. Lahren once against used her propagandist platform to incite the racist segment of the white populous against Beyoncé, Colin Kaepernick and the civil rights movement of today after the powerhouse vocalist presented the former 49ers quarterback with Sports Illustrated’s Muhammad Ali Legacy Award. She took to Twitter in the early hours of Wednesday morning to say,

“Police-hating Beyoncé presents police and America-hating Kappy with a “legacy” award. This is how far we’ve fallen. Wow.”

Police-hating Beyoncé presents police and America-hating Kappy with a “legacy” award. This is how far we’ve fallen. Wow. pic.twitter.com/KIe6IqEQey

With such vigor and accusatory comments, again, I am left wondering ‘why is Tomi Lahren so angry?’ This is what white people who refuse to acknowledge the inequality that exists in the world do. They take a moment that is meant to bring awareness and change to our society and tarnish it with dog whistling words that serve to diminish the message, construes the intent and erase credibility. They do this purposefully knowing that their actions and words are going to hit a nerve on both sides of the racism debate. Woe unto those who engage in such propaganda as they are doing a gross disservice to the world and to the quest that we should all be on to truly unite this country. I am so sick of it! 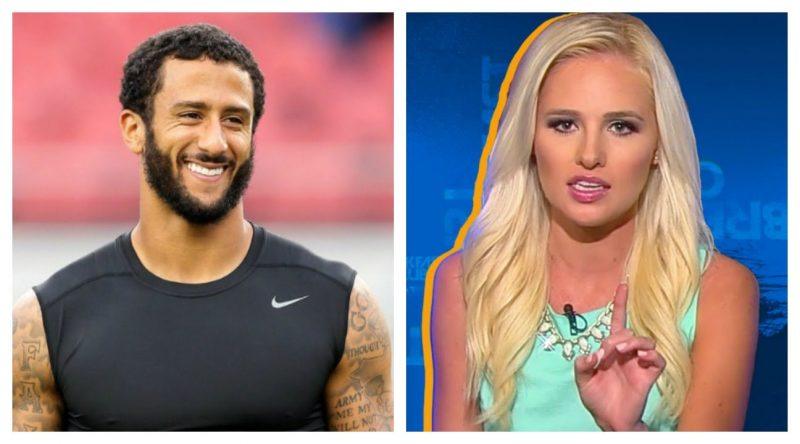 The really interesting part of her tweet is that she considers the honoring of a man like Kaepernick, who lost his career in order to stand for what he believes in, to be synonymous with a failure on America’s part to uphold some kind of, I don’t know, standard of ethics. We are literally seeing the outing and dismissal of rich, white Republican men who get away with sexual assault and other illegal atrocities without consequence.

We have allowed a billionaire reality TV star with no political experience into the highest office in the land; despite his refusal to show his tax returns, despite his treatment of marginalized groups, despite the questionable circumstances of his election to office and despite his clear objectification of women. He has made it his quest to undo everything good the previous administration did and gives not one iota about the welfare or safety of this country. THAT is how far we have fallen.

It always amazes me the way people can take one thing and turn it into something it’s not. I grew up in a republican-based conservative religious environment that did just that with the Bible and countless other things. I have learned through that experience that the people behind such actions are master manipulators who will do anything to gain and hold on to power.

It is no different with people like Lahren. She is the worst kind of “independent woman” because she will dismiss the real issues plaguing the female population in favor of patriarchal subject matters perpetuated by the very men committing horrible crimes against women. There is nothing fruitful about the active teardown of a cause that affects so many, all for the purposes of self-promotion and to further ideals rooted in hate and bias.

We have fallen low as a country; you are right about this Tomi. And it’s going to take people willing to fight race-baiting propagandists like you to dig us out of the mess we are in right now.