Home All News Tech News Third Party’s Over for Print Ink or Is It?

We view inkjet printers with a mixture of love and resentment, like a guy who works in the mail room who has a jet-setting best friend currently travelling in Europe. They print our reports, spreadsheets, presentations and photos in beautiful colors but at a huge cost in the form of expensive ink cartridges. The printers themselves can be cheap, throwaway appliances which can easily be replaced, but two sets of the inks themselves cost as much as the printer and it gets more expensive as the pages go by. The cartridges, mostly designed to be used once go straight to the landfill with hardly any suggestions from printer companies of what to do with them. Thank heavens for third-party ink re-fillers who refill, re-use and refurbish these cartridges. But that may soon change, at least for current and newer printer models.

Ink refills are much cheaper alternatives to purchasing expensive inkjet inks. Buyers run the risk of voiding their printer’s warranty by using these refills as the inks are not certified for use with the printers. There is a true risk of printer breakdown due to a possible chemical mismatch between manufacturer and refill inks. Print quality isn’t exact but are close to the originals. But since the printers themselves aren’t expensive in the first place, many people use refills due to economic reasons. They can replace the printer after ten or more sets of refills. Printer companies are constantly at war with 3rd party re-fillers through various ways. However, HP has found a way to stifle the 3rd party ink industry.

By issuing firmware updates, HP could effectively block the use of 3rd party ink cartridges. These are cartridges manufactured by third party companies that are compatible with popular inkjets as opposed to just refilling empty original cartridges. Other printer companies could follow suit to regain some revenue. Some 3rd party ink providers such as Netherlands 123Inkt found themselves in trouble due to the update.

“The purpose of this update is to protect HP’s innovations and intellectual property,”

But as always, 3rd parties manage to get around these problems and fight another day as 123Inkt plans a workaround to the current firmware-chip problem. The 3rd party ink industry dealt a huge blow to inkjet manufacturers by introducing ink tanks which are attached to the printers basically enabling them to print indefinitely and can be refilled using bottled ink. This eliminates the messy manual process of injecting ink into used cartridges. 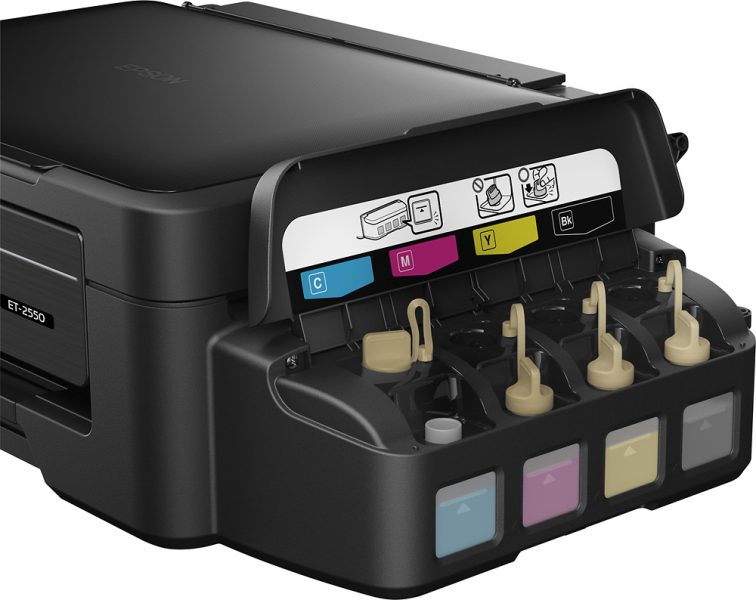 Due to the ink tank problem, sales of original inks may have sunk so low that printer manufacturers are forced to face the music and fight 3rd party ink manufacturers at their own game. The first to do this was Epson with their L-X00 (L-100, L-200…) line of printers. To combat 3rd party bottle refills, each Epson bottle has a serial code the user would enter during refills. The L-X00 however was victim to several issues as many first-gen products. Epson’s L-X10 and L-X20 series are significantly better. Brother followed suit with bottled refills and later by HP and Canon.

This new flexibility however comes at a price. Ink tank printers cost three to four times as much as regular inkjets to cover the loss of revenue from ink cartridge sales. The ink tank bottles from manufacturers cost less or just as much as ink cartridges but have much longer lifespans. But that still doesn’t stop third party bottled ink manufacturers. The benefit of original ink tanks and ink bottles is that users need not worry about their warranties, printer breakdown due to chemical mismatch and print quality. They just have to worry about print head and ink pad replacements.

The expensive price of these printers still necessitates the existence of the low-cost printer market and their expensive cartridges for the not-so-heavy home users, thus continuing the love-hate relationship of printer manufacturers and third-party cartridge makers and re-fillers.