Home Sports Football J.J. Watt Not For Long in NFL? 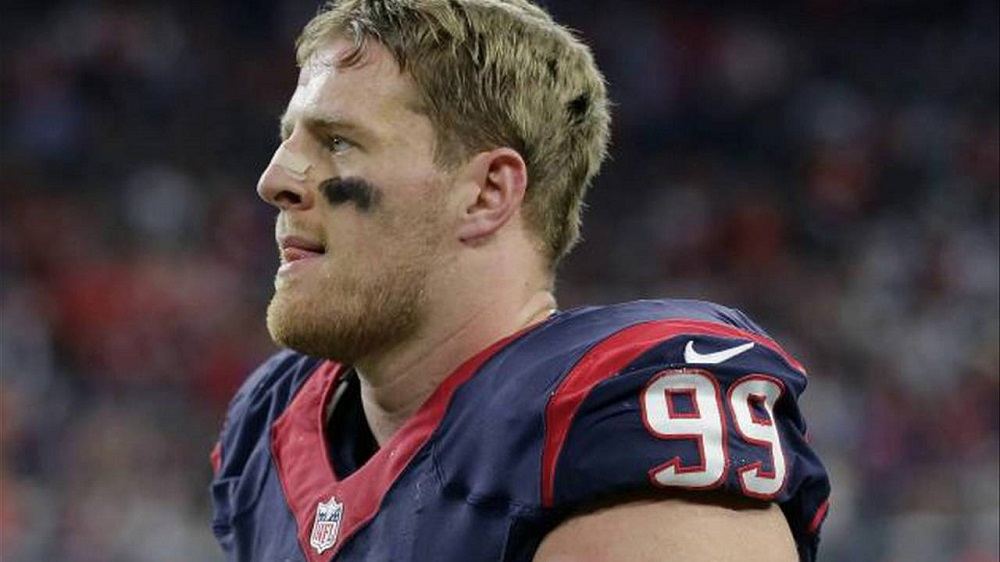 The NFL does indeed stand for “Not For Long,” even for megastars like J.J. Watt, who could miss the rest of 2016 with a re-aggravated back injury.

Watt had offseason back surgery and may have tried to come back to action too soon. Sure he’s a physical freak whose work ethic is nearly legendary in the League, but the man is still just that, a mortal man.

Pro football is hard enough on the human body for average players. But for Watt, who makes it his priority to be the best defensive player in the game each season, never seems to take a day off.

Not even a playoff for that matter.

It’s awesome to witness Watt and the few others with non-stop motors, but the price is high for these players. Fans get to go home and relax after watching a live NFL game. Football players like Watt get to sit in ice tubs and schedule time with a massage therapist just so they can get out of bed smoothly the next day.

David Pollack was one of the most exciting defensive players in NCAA history. His non-stop intensity made him a first round draft pick after dominating the SEC as a Georgia Bulldog from 2001-2004.

Yet it didn’t take long for the NFL to chew up and spit out this once-great athlete. Pollack retired from the pro game before his career got started good ( just 16 games over two years) and now occupies a seat on ESPN’s College GameDay.

That broadcasting gig has to be much more to Pollack’s liking. Maybe not to his football-loving soul, but his body and his family would prefer his neck not fall off just to play in the NFL.

Even though Watt has only been in the NFL for six years, he’s already made his mark. If he never plays another down he will be remembered for decades. Gayle Sayers career ended in a hurry, but his greatness hasn’t escaped our attention even 45 years after he hung up those cleats for good.

J.J. Watt doesn’t have to play football to earn a nice living. He’s already put himself in a position to do any number of things connected to athletics, long after his ability to embarrass offensive lineman has left him. 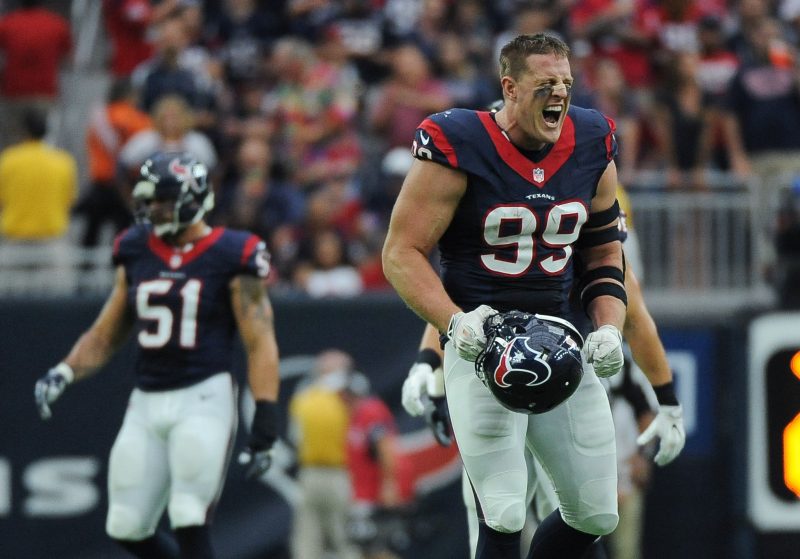 You wouldn’t line up to pay for a J.J. Watt “Monster Strength Workout” video app?

Who wouldn’t pay to have a three-time Defensive Player of the Year coach their defensive line or just speak at a Quarterback’s Club?

And of course Watt would take a seat at any of the big TV networks to babble about the games before and after they happen. I’m sure he has his own thoughts about fantasy football and FanDuel would be glad to slide some promotional cash his way.

We all want J.J. Watt to play forever. After all, there’s no cost to us for his spinal fluid dripping on the goal line.

He’s the one dealing with football-related pain in a lonely rehab room, while we go on with our lives as NFL fans.

There’s been plenty of guys quit the game in the past couple years because of health concerns, mostly concussion related. No doubt players want to take care of their brains so they can actually function when they turn 50.

Yet back pain is a horrible thing to go through. And the human spine isn’t just magically fixed with surgery, as Watt and the Texans have found out.

We all hope to see the most dominant defensive player back in action late in the year. Still, we should prepare for the possibility of Watt realizing he’s been in the “Not For Long League,” too long already.