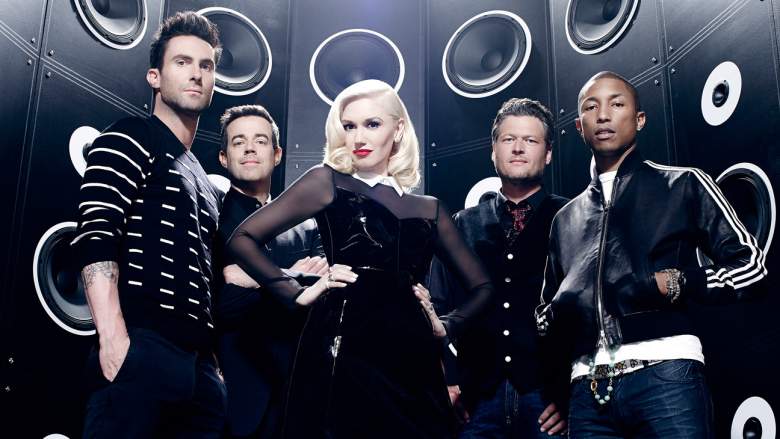 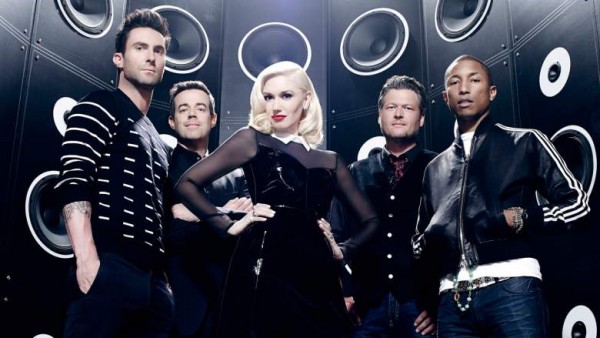 Part two of the season 9 premiere of The Voice aired with a few good surprises.. Back again, were the four judges for this season: Blake Shelton, Adam Levine, Gwen Stefani and Pharrell Williams. Tonight was another round of blind auditions, where the judges begin recruiting for their teams.

Here is a summary of some of the auditions from tonight’s episode:

“If It Hadn’t Been for Love” by The Steeldrivers

Joe was born prematurely and therefore never developed sight. Despite being blind, he taught himself how to play the guitar and subsequently, developed a passion for music. Donning a cowboy hat, Joe won over all four judges with his strong country vocals.

Although Blake claims that Blind Joe is one of the most “special singers [he’s] ever had on [his] team,” I personally thought he sounded like the majority of male country singers who have appeared on the show. That being said, country singers have historically done well on the show.

If you are a big fan of the show, you may remember Ivonne from last season’s blind auditions, where she unfortunately did not turn any of the judges’ chairs. However, this time, the 17-year-old had a much more positive reception.

Ivonne was the first singer to audition with a song that is currently popular on the charts. She did a slowed down version of “Style,” and put her own slight twist on the chart topper.

“Ain’t No Rest for the Wicked” by Cage the Elephant

Gage fell in love with singing when he was in grade 8, but unfortunately due to the drought in California his family’s golf business has been spiraling downward, which has prevented him from truly pursuing his passion.

However, Gage decided to take a chance and audition for The Voice. Gage had a good rhythm throughout the song but I agree with the judges, who commented that he simply didn’t have any “oomph” in his performance.

“Rock Steady” by The Whispers

Regina, 51, is the typical powerhouse diva that the show seems obligated to have at least one of, every season. Unfortunately, Regina didn’t bring anything memorable to the table and my guess is she won’t make it much further in the competition (unless she finds a way to shake things up a bit).

“Take Your Time” by Sam Hunt

Zach is a 16-year-old, who ended his football career to pursue a career in music. Although Zach is young, he has a solid, deep voice that surprised both the judges and myself. However, he definitely has some improving to do in terms of his stage presence.

The young singer sounds less country than most singers in the genre, therefore I think he has potential to expand into other genres (i.e. Pop or Rock) later on in the season. 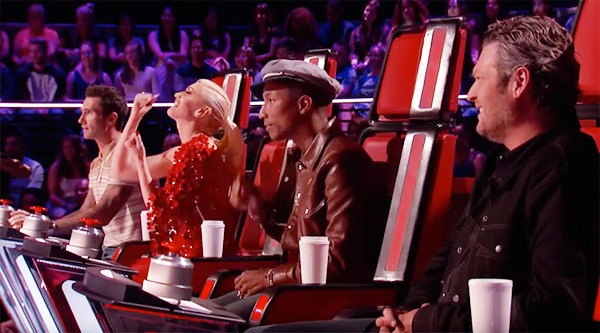 Initially I didn’t think Evan had anything special to offer in terms of vocals. Although, I will admit he definitely delivered a high-energy performance. I was surprised that all four judges ended up turning their chairs and thought his voice was incredibly special.

However, when Pharrell asked him to sing a portion of “Overjoyed” by Stevie Wonder, my opinion definitely shifted as Evan delivered a spot-on rendition. This was impressive considering this second performance was completely impromptu. I have a feeling the 20-year-old will be one to watch this season.

“Locked out of Heaven” by Bruno Mars

Unfortunately, Bryan seemed nervous during his whole performance. I am no music expert, but I am pretty sure he was off-pitch for 90% of the audition.

“I Hope You Dance” by Lee Ann Womack

The high-school junior, who is inspired by country and blue grass music, has a very soft-spoken voice. It was actually a nice change to hear after all of the singers shown so far. Emily was able to navigate her vocals impeccably and I think she has a good shot at going far, as she has both the country and youth (16-years-old) factor working for her.

“Let Her Cry” by Hootie & The Blowfish

Country singer James was the last act of the night. Although James works as a paramedic, he puts out YouTube videos of him singing on the side. One of his videos ended up going viral and he landed him an appearance on The Ellen Show.

Personally, I didn’t find James interesting at all. However, the judges evidently disagreed with my opinion and praised him on his unique voice and versatility.

James was the first country singer to not join Blake’s team.

So what do the teams look like so far?

Team Gwen already has 6 singers on it, Team Pharrell and Team Blake both have 5 singers, while Team Adam has 3 singers. After the blind auditions, the teams will have 12 singers.

Furthermore, I am still waiting out for a singer that really impresses me. I am hoping there will be some unique renditions of hit songs to come, as those are the auditions that I usually find the most interesting. So far, the majority of the singers seem pretty bland to me and I feel like there has been an awful lot of country singers so far (note: I am not the biggest fan of country music so this may be an exaggeration, but I honestly feel like every other singer has been a country artist).