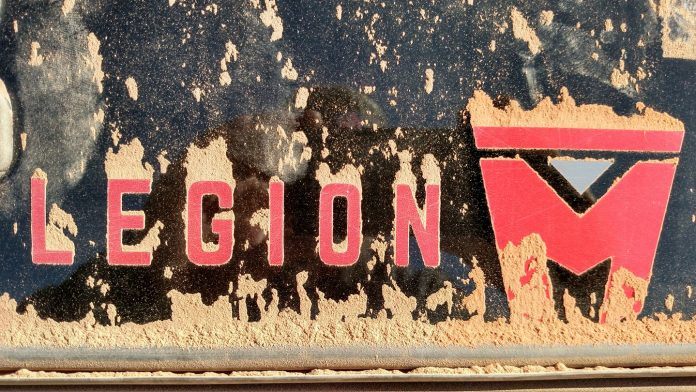 As a psychologist who researches and writes about fandom, and as a passionate fan myself, I was fascinated by an innovative group called Legion M who had a presence at this year’s Comic-Con. Actually, they had a physical presence, as in they took over the bottom floor of the Harbor House restaurant in Seaport Village and turned into the Legion M fan lounge. Fans could come and take a break from the heat and the hectic and relax, while perusing the new offerings from Legion M, including a preview of their upcoming film Mandy, starring Nicolas Cage. Legion M has been involved with recent films like Bad Samaritan (David Tennant, Dean Devlin), Colossal (Anne Hathaway, Jason Sudeikis), Mandy (Nicolas Cage), and The Field Guide to Evil (Ant Timpson), as well as digital series like Pitch Elevator (Leonard Maltin), and the first-ever VR interview series, Icons (Stan Lee, Kevin Smith).

I met up with Legion M co-founders Paul Scanlan and Jeff Annison early on Friday morning. We decided to do the interview outdoors because it was a bit quieter and the San Diego temperature hadn’t yet climbed to unbearable temperatures.

Me: So give me a little bit of the background on why you decided to do this and what the evolution of Legion M is?

Me: Do you think a fan-owned company has an advantage because you have an understanding of what fans want sort of from the inside?

[At this moment a helicopter flew overhead, making it almost impossible to talk over the sound – so much for our decision to do the interview outside…]

Jeff: I think that’s part of it. It’s also that we have a company that’s owned by a large audience where those people are literally emotionally and financially invested in the products, which just gives you a competitive advantage.

Paul:  I mean Disney, they’ve got a lot of shareholders, probably hundreds of thousands, but most of those shareholders are Wall Street investors.

Me: They may not even know about the thing, let alone care.

Jeff: Your company has to be owned by somebody. So if it’s actually owned by a large group of fans who actually care about what you’re doing and want to be taken behind the scenes and want to have a say and have an influence, that is enormously powerful in creating the grassroots buzz that big studios would kill for but money can’t buy

Me: And they’re passionately invested, so it’s not just a built in audience but a motivated one. They also must feel like they had a part in creating this.

Paul:  They do. It’s both of those things. It’s them having a voice, which makes us better at what we’re doing – finding and developing projects. When we do bring projects to market, they are also a movable fan base. One of the challenges the big studios have, and the reason we see a lot of sequels and reboots, is those are trusted and safe investments. They have a fan base so the worst case scenario is the fans go see the film. But in our case, we can do that same thing but we’re not limited to existing IP [intellectual property].

Paul: We can create a brand new Star Wars and bring it to market.

Me: And it still has the built in fan base. What’s your model for how you incorporate the fans’ voices and how do you figure out what they are invested in?

Paul: That’s a great question, because we say there are two sides to Hollywood. There’s the art side – like, is this a good story, is this a good IP? And having a legion of fans is great for that – we’ve got the world’s best focus group, a legion of scouts, whereas a big studio has to pay people to find out what’s hot right now.

Me: So you’ve really got a constant influx of what’s going on and what people are into.

Paul: Yes, and we’re constantly figuring out ways that we can creatively engage our community.

Jeff:  And ways to harness the wisdom of our community.

Me: I just joined.

Me: So you’ve built a community on your platform?

Jeff:  First and foremost, it’s a community. And secondarily, it’s an entertainment company.  The community is our core and where we get our super powers. So we’re investing in the technology and the tools that allow us to give the community a voice and learn from them. We have a scout program, we have a reading club. We have a new thing called “the pulse” [impulse]?  that you’ll be hearing about soon. Even simple things like, what do you want our next movie to be? Rated R? PG? Sci fi? Thriller? We’re not going to be successful if we’re not developing projects that our community wants.

Me: But you have your built in focus group to do that.

Paul: Yes, it’s like pilot season on amazon. To us, that’s important. But there is another side, and that’s the business side of Hollywood. And we firmly believe that you don’t make great art by committee. So first of all, we’re constantly finding ways to engage our fan base, but it’s not like we’re all gonna vote on plot points or something. We use the community to guide us. When it comes to projects, we’re finding creators and investing in them. We don’t want to second guess their creative vision – we’re backing them and getting out of their way. It’s not like our community gets to give notes to the director.

Me: No, but they’re helping to identify and select the creators and the projects so they’re in line with what they’re wanting.

Jeff:  So as an example, our impulse tool. These are 15 log lines of movies that we are either talking to the creators or inventing to say maybe this is somewhere we should be, looking for projects, and allowing people to rate and evaluate them. And that’s data for us. If one of those is off the charts, that lets us focus our efforts. It’s the same as like at Sundance film festival – there are hundreds of movies and there’s no time to watch every single one. Even deciding, it would take a long time to go through everything and then you just have one person’s opinion.

Me: And maybe it’s an idiosyncratic opinion…

Jeff: Yes, so in our case we can put this out to our Legion. They’re invested, a lot of them would love to go to Sundance, or may be going. We can crowd source that, and now it’s not an opinion, it’s data. Taking advantage of the wisdom.

Me: And you already know your audience is excited about it.

Paul: The other ingredient that’s crucial is an understanding of the business and the financial ramifications or deal structures. A lot of that is confidential, so to balance we’ve got the fans on one side and this incredible advisory board on the other. People who have proven track records. We’re using those people to help us find the universe of projects to consider, and then putting them in front of our fans.

Me: So it’s a curated menu.

[A gigantic tractor trailer comes rumbling by, followed by a giant bus] 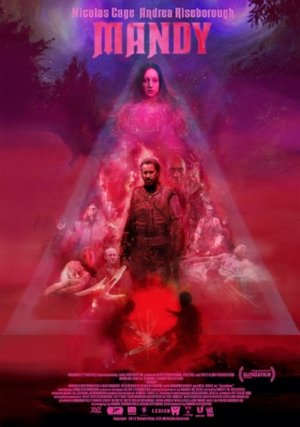 Me: I feel like every vehicle at comic con is coming down this street…

Paul (undaunted): There’s another aspect of opening the gates to Hollywood and that is some of the things we’re developing might also come from the community. The first one we’ve developed is a level playing field called the Pitch Elevator. Anyone can give us a pitch for a television show or a movie or a VR project. They give their pitch in an elevator that we built.

Me: (laughing) Wait, you have an actual prop elevator?

Jeff: Yes. but it’s really a combination of everything that makes Legion M great. You’ve got people with great ideas – our philosophy is ideas can come from anywhere, a seven year old can have a great idea. Get in there and give your pitch. But most people don’t have the connections – they’re not friends with M. Night Shyamalan…

Paul: We’re pretty clear that we might get hundreds of pitches and we won’t develop all of them, but they get voted on by the community. So they get an opportunity to pitch and to vote and that narrows it down. We then take that to our expert panel and we’re turning it into a tv show.

Me: And that’s a route that doesn’t exist anywhere else.

Jeff: So the ten finalists get to pitch to this live panel of scouts and agents. That in and of itself is cool. We have amazing people – maybe M. Night Shyamalan can be there…

We ended that part of the interview laughing, and then we filmed a little video to explain more of what Legion M is all about, which you can watch below.

If you’d like to find out more about Legion M or join the community, you can go to https://legionm.com/.