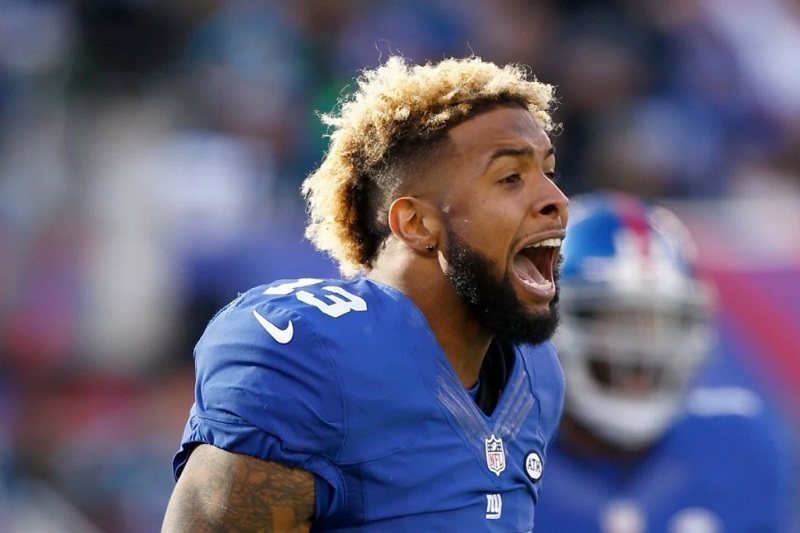 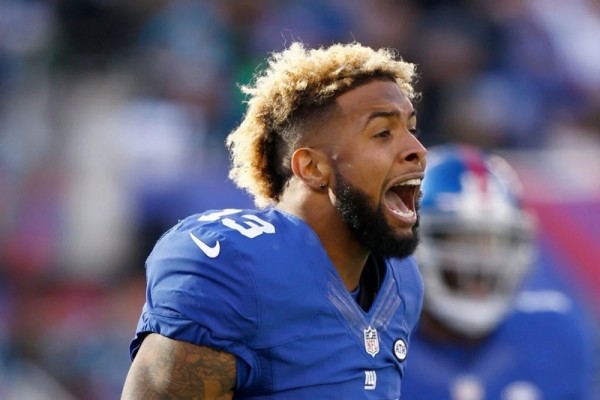 It was a no brainer that Odell Beckham was going to appeal his one game suspension for his dirty actions against Josh Norman. ODB knows what he did was wrong I’m assuming, but with a diva wide receiver, you never know.

He did use a weak excuse to justify some of his behavior on Sunday as he and Josh Norman mixed it up barbarian style, claiming Carolina’s baseball bat prop intimidated him before the game.

Even though Beckham likely knows he’s in the wrong, he does have the right to appeal. I would if I knew the suspension was going to cost make a game check, not to mention harm my team that is hanging onto playoff aspirations like a gassed Ninja Warrior on the Salmon Ladder.

Ray Rice and others got the chance to appeal their punishments for terrible off the field infractions, so what ODB did within the boundaries of the gridiron certainly warrant an appeal process.

Here’s ten things you need to know about the appeal from one of the biggest stars in the NFL as Odell Beckham tries to get on the field for week 16.

10. The appeal will be heard by former NFL receiver James Thrash. He along with former Tampa Bay linebacker Derrick Brooks are appeals officers for on-field infractions that lead to punishments for players.

9. The decision should come in a hurry as the Giants need to make preparations for Sunday night’s game versus the Vikings. It’s an important game as New York fights for its playoff life with Washington a game ahead of them and Philly tied with the Giants at 6-8. Also, gamblers need to know what the true point spread is going to be with or without Beckham.

8. The only piece of evidence that may get Beckham off the hook is the fact that he not only had to deal with Josh Norman but also Cortland Finnegan.

Finnegan is known for his ability to make opposing players willing to go to prison for life if they had the chance to kill the defensive back.

7. Beckham should get some style points for his Iverson style step over he did with the game tying TD. I doubt James Thrash will consider that in rendering his decision, but he is a former wide out so he might just reduce the suspension to one-half based on the TD celebration. Highly doubtful though folks.

6. Tom Coughlin is being criticized for not pulling Beckham from the game in order to calm him down. A valid point, but that most likely would have resulted in a sideline tirade that would have put the head coach in a shouting match with his star player. His only star player outside of Eli who is reduced to average without Beckham.

5. Fantasy owners are freaking out right about now. It’s championship week in most season long leagues so if ODB is your best player and going to miss your biggest game of the year, I can see why you are popping xanax left and right. Losing your most productive player to injury before the money game is bad enough, but having your star fantasy player wreck your lineup because he’s a hot head makes it ten times worse.

I laughed out loud when I realized my fantasy title game opponent had Beckham on his roster. I want to win badly, but winning like this would…..make it even better!

4. Right now Rueben Randle is the hottest wideout on the fantasy waiver wire.

3. More and more is coming out about the pregame stuff that happened between Carolina and New York. I’m sure Josh Norman said some horrific stuff to ODB. None of that matters. Odell Beckham launched himself head first at a defenseless player in an obvious attempt to hurt the guy. Beckham was not trying to make a football play, and that makes his actions much worse than anything Norman or his teammates didon Sunday.

2. There’s more pressure for ODB to be allowed to play on Sunday Night Football as NBC “flexed” in order to get the Giants versus Minnesota. This game is important whether Beckham plays or not. But clearly more eyeballs will make it to NBC if the star receiver is on the field and not just seen during the commercial breaks repping “Head and Shoulders.”

1. Should the NFL reverse the Beckham suspension after the world saw the violent and very intentional helmet to helmet hit, the League loses all credibility on the player safety issue. Not only could Beckham have put Norman on the sideline for a couple games with a concussion, he could have KO’d himself. Not to mention the long term effects of a hit like that.

Down the road, a real judge may hear an appeal on this suspension and even force the League to allow Odell Beckham to get his game check back, but that won’t be on the NFL. James Thrash needs to make sure all the players know the League is serious about the head trauma issue. This isn’t about a pissed off diva receiver. It’s about not allowing players to injure one another or themselves with their helmet as a weapon.