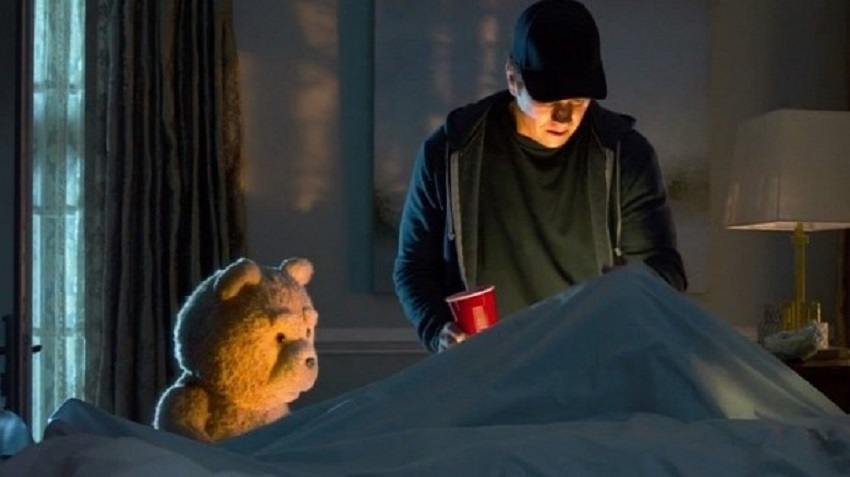 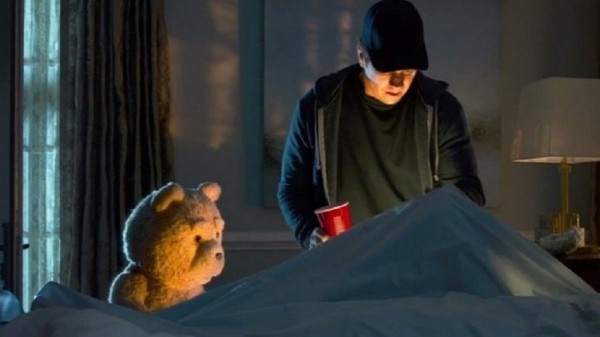 Tom Brady is having a great year. He’s won his fourth Super Bowl, earned his third Super Bowl MVP, and now he’s got Seth McFarlane advertising his manhood in “Ted 2”.

The first “Ted 2“movie trailer hit Jan. 29, and it looks like Seth McFarlane will be able to surpass the high expectations set by the original “Ted”. That’s not easy, but even in this short clip featuring Brady, you can get way more laughs than most full feature comedies. 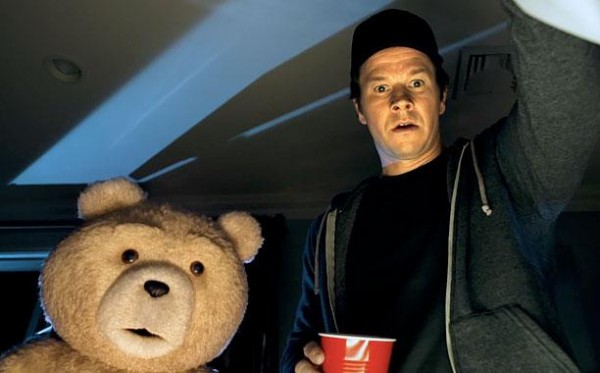 In this less than one minute trailer, Ted (Seth McFarlane) asks his “Thunder Buddy” John Bennett (Mark Wahlberg) to help him in finding a sperm donor. John quickly finds out in the thick of the night that Ted already has a Triple A donor in mind after they sneak into New England Patriot’s Tom Brady‘s bedroom. The potty mouthed bear put it simply:

“Two MVPs,” Ted explained. “Guaranteed Hall of Famer. Now let’s give him a hand job into this cup.”

McFarlane may do a quick edit and update that two MVPs to three now that he has time. The punchline of this scene is when John and his buddy can’t help be captivated by Brady’s manhood and say, “And that’s at rest!”  Many may wonder now ifthat means he’s  a shower, not a grower. 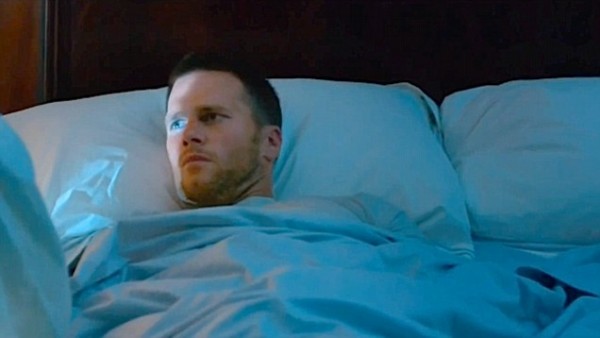 As expected, Brady wakes up seeing this and throws the two peeping toms out of his home. This is one ad that will probably get the Patriots quarterback some appreciative stares from both sexes.

In the sequel, Ted is newly married to Tami-Lynn who wants them to have a baby. Even in the movies, this isn’t quite possible, so Ted must prove that he’s a real person in court so that he can qualify to be a parent. “Ted 2” will be out in theaters June 26.