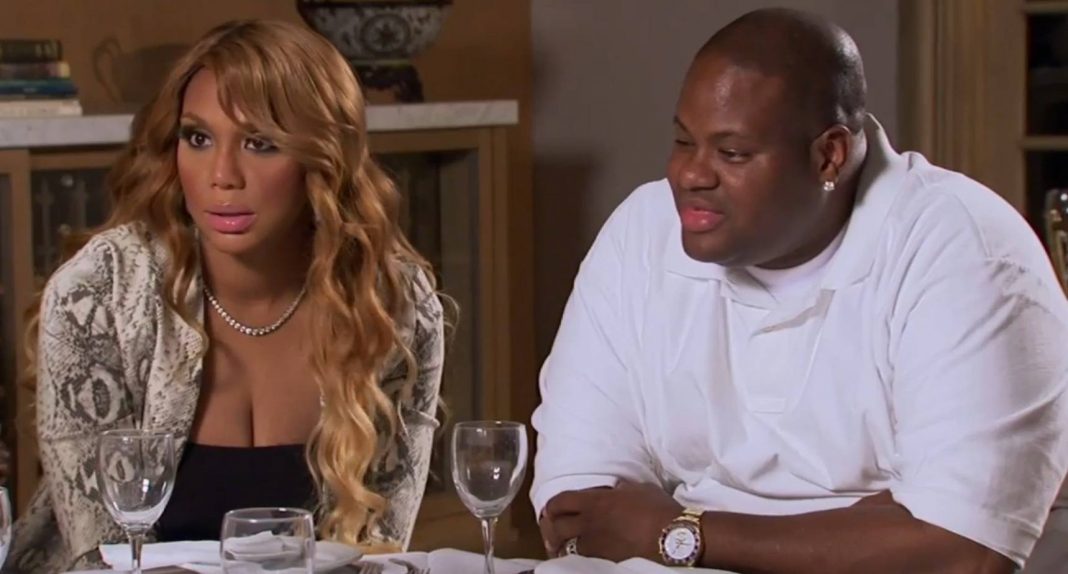 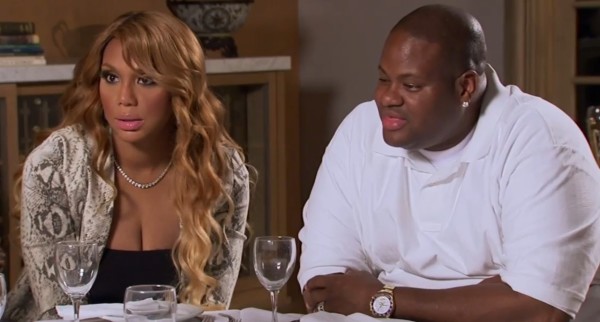 On Tamar & Vince, you guessed it, they are still talking about her health scare. I truly do wonder how long they are going to keep using it. I mean, don’t get me wrong, I know that it is a scary thing, but it just fascinates me the way in which famous people capitalize on the situations in their lives.

Anyway, on this week’s episode, we hear more from the people in Tamar’s life and how they felt when they didn’t know what was happening with her. And the consensus is that she needs to slow down.

Tamar even says that she is “booked to capacity.” I understand that in Hollywood you have to get it while you’re hot, but for Vince, the man that sees everything she goes through, getting it at the expense of your health may not really be worth it.

At this point in the show, she is still scoring super high on Dancing With the Stars. Along with that, because she is superstitious, she accepts an invitation to be on the Wendy Williams show. In her view, she went on the show when she released her first album “Love and War,” and it was a success, so she’s going back for the release of her latest album “Calling all Lovers.” While she is excited and looks forward to going to New York, it’s just another thing she has to add to her busy schedule. It also brings back hurtful memories as it represents a time in her marriage when she almost lost her husband due to blood clots not too long ago.

As they get ready to travel, Vince breaks down their itinerary. They board a private jet along with Logan, and his nanny and Vince continues to express his concern for his wife and her non-stop working.

I will admit here that her schedule, from what they show us, is grueling, and it would take its toll on anyone. I mean, “The Real,” Dancing with the Stars, her album, tapping Tamar and Vince, Wendy Williams and the list goes on. Who can really sustain all of that for the long run?

As she gets ready for Wendy’s show, they do a flashback segment in which they go into deeper detail about Vince’s health situation the last time they were in NYC. Now, I know that it’s kind of related to the current situation, but they dial up the drama big time in the clips But what more can you expect from reality TV right?

Tamar goes does the Wendy Williams show, and it starts early. I am talking like 6:00 am early. Wendy runs down all the things that Tamar has on her plate, and Tamar admits that her, “booked to capacity” a few years ago is nothing compared to her life now. “Pray for me girl cause I’m tyed.”

After the show, “it’s album day” but Vince is MIA because Logan fell sick and LeShawn is filling in as her manager. “Please don’t do too much because I don’t fee like it,” she tells him. Tamar is in a bad mood because she obviously wants to be with her son and Vince. She is also hungry which makes her, even more, anxious, especially when the tell her they are not going to be able to stop and get anything to eat. “When you’re super duper tired and super duper hungry, you’re angry.” I feel you on that one girl.

She does several radio shows in one day, and the pangs just get worse. The she gets a phone call from her sister Toni which helps calms her mind. Even after everything on her agenda in New York, they have to hurry to DC for the Rock Out With Me event at Howard University, in which Tamar is an honoree. However when she gets there, she can only stay for a little bit because she has to go back to NYC to practice her DWTS routine. This is just too much and honestly makes me wonder if it’s just for the show.

She makes it to her practice with Valentin in NYC, but she can’t get it together. She’s not getting steps, and you can tell that he is feeling a kind of way. But she only has 30 minutes because she has to go back to LA for a production meeting. How can you truly be effective when you spread yourself so thinly?

Once in LA, the video production meeting goes well, but there’s one thing involved in making it- more travel. Needless to say, she doesn’t like it but know she has to do it.

In the end, she does DWTS as scheduled and is receives ver high remarks, but trust and believe, it’s only a matter of time before it comes crashing down, as we have already seen.