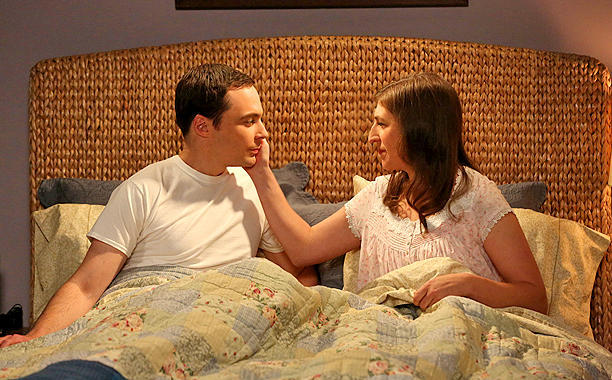 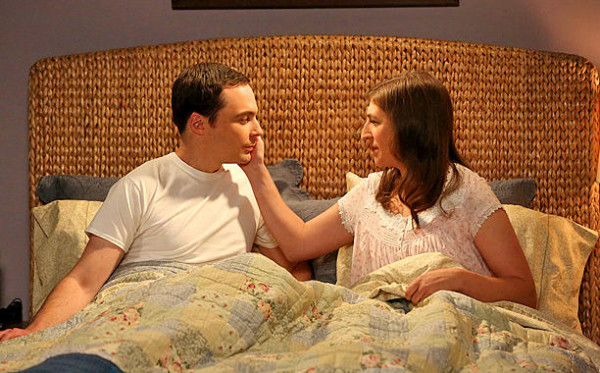 On this week’s episode of “The Big Bang Theory,” the opening credits were Star Wars style. Leonard told the other guys that Star Wars tickets had just gone on sale. They tried to go on the website to buy tickets, but the site was frozen. Then Sheldon started to pray they could get tickets, and the site unfroze.

That night “Arthur” showed up in Sheldon’s dream as Obi-Wan Kenobi. Sheldon said the last time Arthur was in his dream Sheldon was struggling with a dilemma. Sheldon told Arthur his friends told him not to abandon Amy on her birthday because Star Wars was opening. Arthur told Sheldon to be with Amy while he could.

Sheldon called Amy in the middle of the night to tell him he would spend her birthday with her. Raj, Leonard and Howard talked about seeing Star Wars without Sheldon. Leonard invited Sheldon to the comic book store, but he said he couldn’t go since he had to get ready for Amy’s birthday. Sheldon went to Penny’s apartment and called for her and Bernadette. He asked Penny and Bernadette what to do for Amy’s birthday. He then suggested sleeping with her and decided he was going to.

Penny and Bernadette took Amy out for an early birthday celebration. Penny suggested Amy getting a bikini wax. She and Bernadette then told Amy Sheldon said he was ready to be physical with her. Then Amy decided she wanted to get axed.

Arthur visited Sheldon in his dreams again. Sheldon said it was because he was ready to lose his virginity to Amy. He asked Arthur for advice and Arthur started to tell him how sex works. Sheldon said he was afraid he would be overwhelmed, and it would ruin the experience.

At the movie theater, Will Wheaton walked in wearing his Star Trek uniform. He said people take Star Wars too seriously. He told the guys Star Wars was just a movie.

At Amy’s apartment, she lit candles. Then Sheldon arrived, and Amy tried to lay seductively on the sofa. He brought her flowers and commented on the candles and music she was using. Amy said she knew her present from him was intimacy. Sheldon asked her if she was alright with that and she kissed him.

Penny and Bernadette talked about whether Sheldon was ready to be intimate with Amy.

In her bedroom, Amy awkwardly got into bed with Sheldon. He asked Amy why she was shaking, and she said she was nervous because she had been waiting for this so long and didn’t know what to expect. Sheldon agreed with her and said they would find out together.

Afterwards laying in bed together, they both said they enjoyed it. Sheldon said they would do it again on Amy’s birthday next year.

The next night Arthur came to Sheldon in his dream again. He wanted to know how it had gone when Sheldon was intimate with Amy. Sheldon thought Arthur was asking about what Sheldon thought of the Star Wars movie.