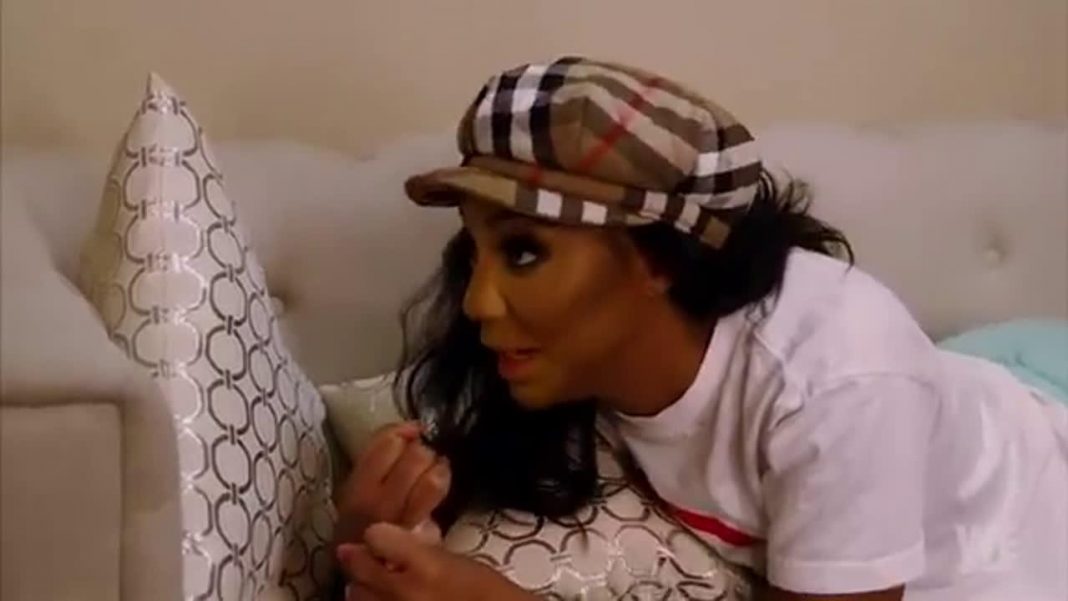 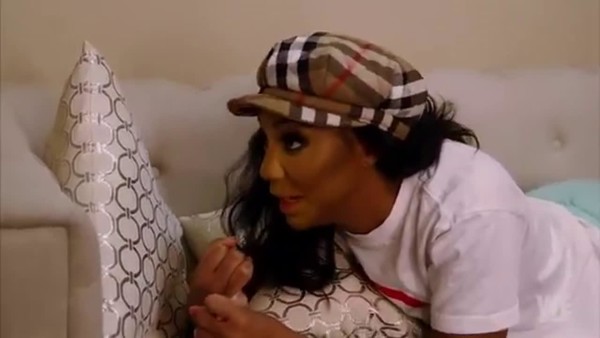 Tamar & Vince are back and as we all gussied, her Dancing with the Stars experience and health scare are focal points of this seasons’ premiere.

The episode paints a more in-depth picture of what really happened that initially sent her to the hospital. And from the looks of it, it may be the driving storyline for the rest of the season. Because although they let us in on the unseen footage, they still don’t give us any solid concrete answers as to what it was specifically.

Tamar is obviously a very busy woman, but she is also a woman that can’t sit still for too long. I mean, can you blame her? When you have a talent like hers and your portfolio is as diversified as hers is, you can become addicted to working. But from the looks of it, that “addiction is what brought her down to what she and others are calling her “death bed.”

We see her work to balance all of the many things in her life. From cooking breakfast for Vince and Logan to working in the studio on her new album “Calling All Lovers,” Tamar’s work is never done. While meeting with her husband and studio people, they go back and forth about the first single she should release. She wants it to be “Circles” but her producer and songwriter think it should be Angles and Demons. What does Vince think? Well, he is too preoccupied on his phone to really give any input which irritates the hell out of Tamar because he was doing the same thing at breakfast. Whatever it is that he is keeping from her, he does so because according to him, it is for her own good. He doesn’t like to give Tamar any news until he knows what he is going to bring her will be good news.

And that’s exactly what it turns out to be. A few scenes later, he is able to tell his wife of seven years that she is officially going to be a contestant on Dancing with the Stars, news that is both exciting and scary for Tamar. One of the central themes or conflicts of this episode is Tamar’s schedule which is grueling to say the least. From finishing up her album, keeping up with her fashion line, taping her daytime talk show The Real three days a week, to being a mother and wife, and now practicing for DWTS, she doesn’t want to admit that she may be in just a little over her head.

Always the hard worker, she takes on each responsibility, going from one thing to the next without missing a beat, and Vince is right there to help her every step of the way. During practice with her partner Val Chmerkovskiy for the premiere, it is clear that all the directions in which she is pulled are affecting her ability to get into the zone with for their first performance. Val keeps his cool when she gets on her phone in the middle of their conversation, and in fact, deals with her in such a way that he low key puts her in her place. Like when he asks her if she’s really texting “right now.” She says it’s her “baby daddy.” He looks at her, wipes something on her head and says “you have a strain of gray hair” and walks away. She looks at him like, “You tried it.”

The big build up for her first performance has her all over the place especially since she is late to the final practice. She leaves her taping of The Real and heads immediately over to DWTS. As the time comes for her to perform, she does it with perfection.

After the show, Tamar, Vince and some of their friends have drinks and talk about how well she did. They praise her for her form, engery and beauty while dancing. She tells them that she was super nervous but after speaking to her sister, Toni Braxton, who was on DWTS a few seasons before, all of her jitters disappeared. She realized that she was being overly hard on herself for nothing. Toni told her to arch her back and keep her chest high and she will be fine. That’s exactly what she did.

She tells her peeps how grateful she is for their support and lets them know that because of she is superstitious, they have to meet for drinks the next 10 weeks after the show in the same place, “or something bad will happen.”

We are to assume that her eventually quitting the show due to health problems may be what she alludes to there.

Next week, we dig a little deeper into her health scare and how her family and friends felt when they heard about it.